Still looking for a Haiku mascot?

I read an old thread back in 2004 and the latest one from September 2016 in which you were proposing a mascot for Haiku.

I was in discussion with a friend of mine because I organize a yearly drawing competition for all DeviantArt users – both amateur and professional. Based on special rubrics, the best drawings are awarded points or 3-month CORE memberships.

The problem I have this year is on deciding which will be the new prompt. The first option was on designing a remake of a popular commercial character, just like last year’s version of the contest. The second prompt was to make something related to my original characters. And finally, I thought about the search for a mascot for Haiku.

So, what do you think? If I make Haiku’s mascot as this year contest’s prompt, two sides may get benefited:

The prompt would sound something like this: “If the Haiku community asks you for a mascot, how would it look like?”.

So, what do you think? Of course if you don’t like the idea, the contest will go on based on the first two alternatives that I said before.

It’s naturally just a matter of opinion, but I have no need whatsoever for a Haiku mascot. Adding one after about 16 years feels weird. We have a name and a very decent logo, and that should do.

What would be nice, however, are a couple of really professionally created backgrounds. Best including (some artistic interpretation of) the official logo.

Thanks for thinking of the Haiku project in any case!

Yes, some Haiku-inspired wallpapers bundled with official distribution (and one set by default) would be awesome.
Pretty „easy” to do, but I think it would make Haiku’s UI feel less dated, since solid colors were a Win3.1/95 thing.
First impressions matter, you know

I’m indifferent when it comes to the mascot, I don’t really care all that much.

I think this is also very good

I would like, as with the Mac, which you can select a photo folder and then these pictures would be displayed in change every few minutes as a desktop background.

Did everyone forget (again) that we have Walter the fish? Why replace him with another mascot?

Haiku not a children’s or childish people toy, for what purpose Haiku needs a mascot? I think good logo is enough for operating system.
Also, I do not like “Walter fish” as a mascot.
I will say, if someone need some mascot, they can do it for self. I don’t think so that this must be some organised decision. If some mascot get some noticeable popularity – let it be, if not – not.

It’s a topic that comes up from time to time here, but generally it is just people having a bit of fun and letting off steam. There is no real desire in this community for a mascot.

But perhaps you could explain to us non-artist types what a mascot actually adds to a platform. Linux and BSD have mascots. Windows and MacOS do not. So it doesn’t look from here as if having a mascot is the key to mass adoption.

Did everyone forget (again) that we have Walter the fish? Why replace him with another mascot?

Walter is slippery and predatory, rather than cute and cuddly?

Windows and other Microsoft products indeed have the most noticeable mascots out there, oficially promoted and created by MS since Windows 7 came alive, just not on the US market

Take a look at https://en.wikipedia.org/wiki/OS-tan or https://en.wikipedia.org/wiki/Hikaru_Aizawa for curiousity. As for Haiku, we don’t really need one, because the look and feel of the whole OS pretty much stands out on its own. I came here because of UI in the first place. One can argue that dwm in Windows or a bunch of major desktop environments for Linux platform are good enough for a normal user, but I would say none of them are close to Haiku’s UI in terms of consistency and pure power. Together with the awesome logo it forms up the overall image of the system. Of course those who want to have a mascot are free to draw and present one here

It is easy to forget especially when the mascot is not present on the front page of the web site. Maybe Walter should be “re-introduced” to the world?

Walter? What a name!
A Fish called Walter… even more strange!
I have friends called Walter! It is a common german name for guys…
This fish is very far to became a mascot!
This fish is not fresh! It is nothing people like to love and to have in their minds…
A fish will be called Nemo to be loved! The name Nemo gives it a technical and intelligent spirit…

A mascot tries to bring live to a object… like giving a animal a name will make it more human.
Give an animal a name and it will more difficult to eat it then…

I liked the manga style mascot in the old BeOs days… manga is for children and for adults still very popular… at least in some countries… Haiku (the name i mean) is from Japan … I think… so a Japanese mascot will fit. Japanese love computers and robots and there is Godzilla! BeZilla… and much more…

Give Haiku a Japanese mascot is what I would suggest …
Manga style is for children, for teenager and for adults and will connect the traditional way of life with the modern one! For me it makes sense… and is nice and logical to explain to the non Haiku user out there…

You are just joking?! Aren’t you?

A little backstory seems to be required.

During the initial discussions when changing the name of the project from OpenBeOS (for fear of trademarks problems), someone suggested, jokingly, “we could call it Walter?”.

Of course this was never meant to be serious. However, it resulted in the design of Walter the Fish, who later got his own website. For some time there even was a conference called WalterCon , and probably some T-Shirts were printed, too.

It isn’t really the official mascot of Haiku, and this is now a forgotten story of the early days. But it has been sneakingly introduced in many places (some images got a “Waltermark” instead of a watermark, for example, or it can be used as an user name in some of our documentations).

It reminds people of the truth about Haiku: however nice it looks, no one really takes it seriously, it is an interesting technical experiment and adventure, not a production-ready system with a good marketing team behind it. Or at least, let the devs think it is this way, they don’t work well under presure and prefer to do things for their own amusement.

One of my crazy thinkings back in 2011 was to create a character which had some resemblance to Lain, from the “Serial Experiments Lain” anime. The joke is in the ending of each chapter, coinciding of Haiku as the “To Be Continued” of BeOS under the support of a community.

Of course it only happens in my mind.

But, to get back to the topic, last year contest’s demographics were from 12 to 21 year olds. Using this prompt was intended to revive Haiku’s presence among computer and art enthusiasts.

In any case, I can see the community is satisfied with no mascot.

There was a picture of Walter from the OpenBeOS/Haiku past in a comment by the_webers_inc - on August 1, 2016 in a discussion about what would be a mascot for Haiku:

I thought it preferable to link the discussion it-self to minimize the risk of a repetition of the comments made at that time. Also, I have not mastered how to insert a picture in my own post!

I personally don’t think Haiku is in need of a mascot. I once watched a little kid on Haiku and realized what it needs more of: soul. That’s not to say Haiku doesn’t have heart and is a good system – it has that and is… but Haiku needs to be fun and something unique that people will remember it by other than raw speed, etc.

As for mascots, it would seem nowadays that assistants like Siri are beaming more personality to the users than symbols – and that may just be me. For instance, I don’t care that Darwin’s mascot is Hexley or that Linux’s is Tux, etc. But I may be wrong in that opinion.

I always thought Haiku’s mascot was a leaf – maybe add eyes and call it “Leafy” or the like? I really don’t know… but I believe the focus should be to make Haiku great and something that anyone from a seasoned developer to someone getting started with it can use. That’s what will get people young and old excited about Haiku, maybe even decades from now.

@Stacked_Lambda: I usually use the upload button in the toolbar (disk with an up arrow)… or drop images into the post to insert (when on my Mac).

For me the Haiku mascot is the orange red leaf alone.
Leaf of Momiji or Acer Palmatum.

Another thing is that the name haiku does not sound good in Brazil.

I think this logo shows more true nature of Haiku OS, than leaf.
But, maybe, changing logo is too late for Haiku?

I always thought Haiku’s mascot was a leaf – maybe add eyes and call it “Leafy” or the like? I really don’t know… 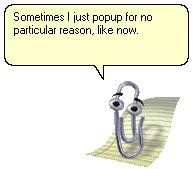 it is named “haiku” and not “haiku os”