Nothing fancy - just another terminal now available in Haiku.
An essential plus of this port is its integration into other KDE programs. Now, for example, the terminal is working in the Kate editor 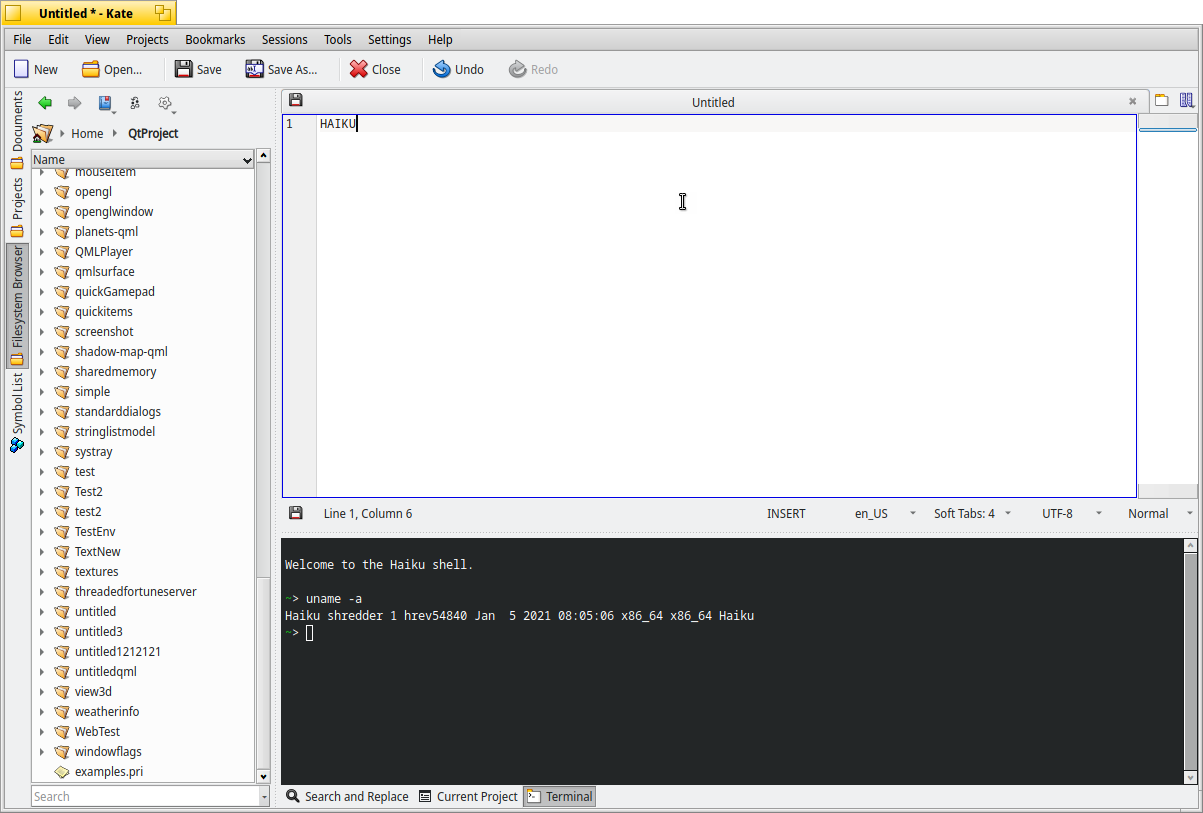 It’s a full-featured terminal emulator. Occasional terminal user wouldn’t find much, but for power users it has profiles, tools for monitoring and manipulating input/output etc.

And what exactly does this console do? Does not look so special to me now?

And what exactly does this console do?

You know the Konsole is the window frame itself, not the content, right?
The blue thing is midnight commander, running in Konsole.

Not really. You are probably looking at the wrong pixels

Don’t look at what is inside, that is some file manager (Midnight Commander). The terminal emulator application is the stuff around it, basically visually just a Window with a menu. Inside it runs a shell. On Haiku this is bash by default, but could be anything else.

Haiku has a terminal emulator, too. It is called Terminal, and looks basically the same (less menu items, though):

A possible workaround for bugous TUIs like mc, which doesnt work well with Terminal.
Ideally Terminal should be fixed.

This could help to get the Octave GUI working. 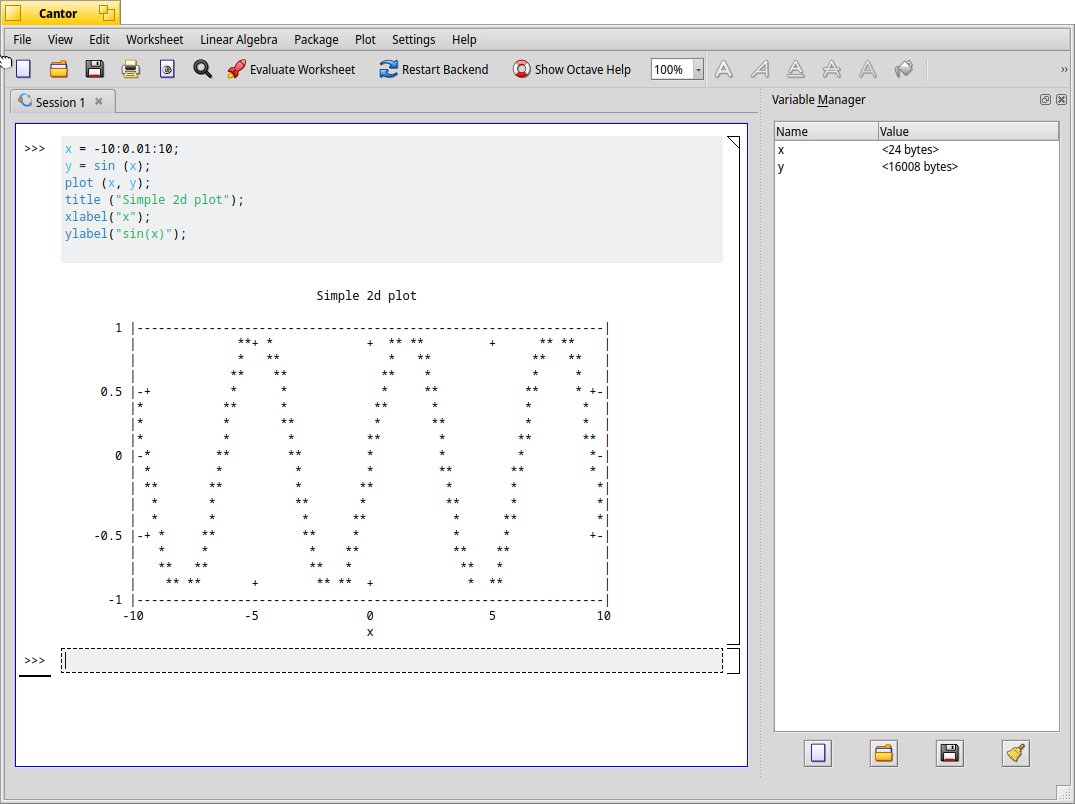 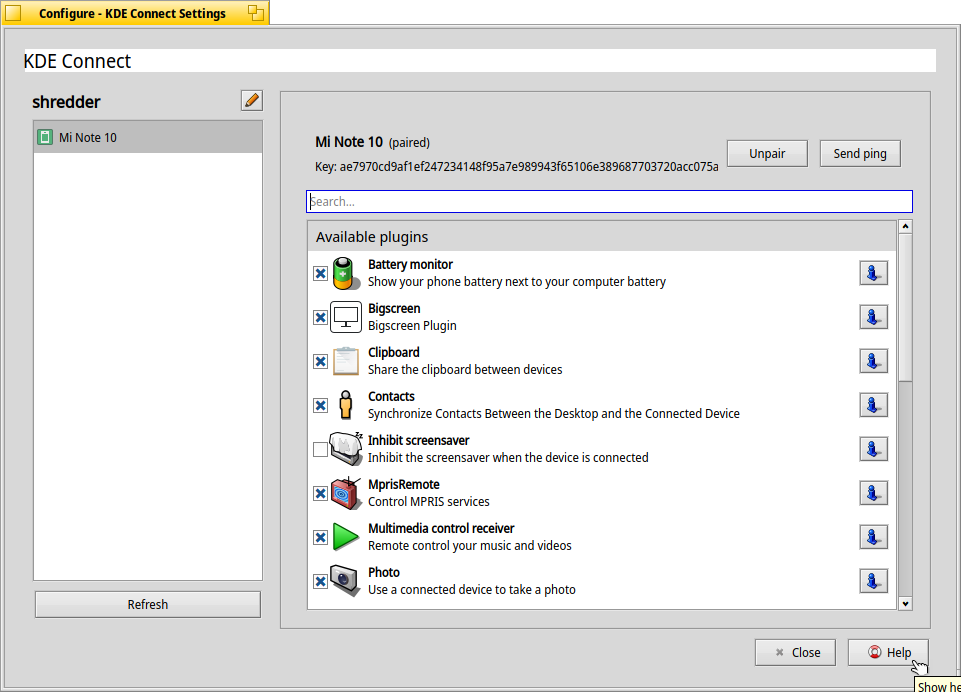 GUI plots are not supported?

I am compiling octave right now

I tried before to get Octave GUI compiling on Haiku, as it’s one of the apps I use when doing Gamedev. Success on that matter was equal to zero, I have no knowledge on C, make, or whatever. I followed the steps provided at Octave’s website to compille from source expecting that something would come out as Octave’s GUI is Qt based. But that lack of skills and knowledge kept me from achieving anything but headaches and frustration.

So I decided to put this task aside to learn more about Haiku before grabbing the tiger by its tail again.

It would be a nice addition to the list (I mean, Qt software available on Haiku’s list) though.

Just curious, how many people are there working on KDE ports? I’m thinking of contacting the KDE team and getting Haiku listed as a supported platform on their websites, but just need a rough number so I can decide whether to use a form collection system to gather developer contact details or just get people to PM me.

This is mainly one-man show right now, nearly all ports of KDE apps have been done by @3dEyes with me occasionally doing KDE Framework libraries updates.

@jt15s
Please keep the reins tight, otherwise the shot will backfire or you will shoot Haiku in the knee!

Some time ago I discovered Ancestris 0.9 (= 9.0) at Michel’s and told the people responsible for Ancestris.
Before I could discuss further, a link to this package source appeared, naming Haiku. However, it was listed under Linux (similar to a distribution).

This happened WITHOUT me ‘advertising’ it!
At that time, the whole thing (Ancestris on OpenJDK/JAVA under Haiku) was already not working, or not yet working again!

Thanks to (mainly) @korli, Ancestris is now usable again, even if there are still bugs (old, known ones!)…

Ancestris (stable version 10, listed as Ancentris) is available in the Haiku-Depot. But I myself start and update the nightly version every day!
The link to Ancestris for Haiku has disappeared from https://www.ancestris.org/index.html!

Thanks for the tip! You’re right, it is probably good to check whether the ports are actually working correctly or not, otherwise we risk giving a bad impression of Haiku to these open-source projects. And of course, I will mention in my email to the developers that Haiku and these ports are still under development and there may still be bugs.

Just curious @Diver and @3dEyes, are the KDE apps in a good working state (i.e. a relatively stable state with rare or no crashes/bugs)?

We need to split thinking between haiku system and haiku apps. Haiku system does not need to react on bug reports for apps, only it is a system default one. Many people thinking this is all haiku dev team work, but this is not true and not possible.