HaikuDepot is not a very good name

HaikuDepot is a good name.

Store sounds like to buy every think.
Play like Google, so i think i get only games.

As i see we will’nt change the name, Depot is a very good name.

None of the above, all worse than HaikuDepot.

A depot is a place to store things, so I think it is perfectly adequate to describe the Haiku Package source.

Winner is… even not run:

Btw.: What is the difference between an App/Application and Software?

Pretty good name, but still I have a better one.
We should name it “Johann Gambolputty de von Ausfern-schplenden-schlitter-crasscrenbon-fried-digger-dingle-dangle-dongle-dungle-burstein-von-knacker-thrasher-apple-banger-horowitz-ticolensic-grander-knotty-spelltinkle-grandlich-grumblemeyer-spelterwasser-kurstlich-himbleeisen-bahnwagen-gutenabend-bitte-ein-nürnburger-bratwustle-gerspurten-mitzweimache-luber-hundsfut-gumberaber-shönendanker-kalbsfleisch-mittler-aucher von Hautkopft of Ulm”

For proper pronounciation check out this video: 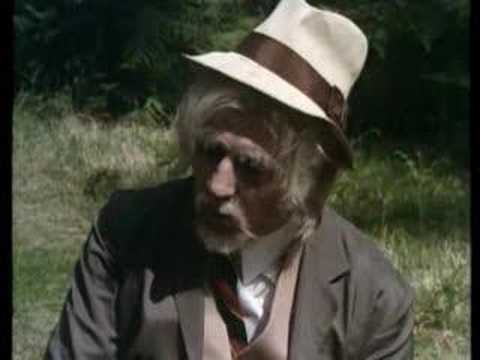 I am apparently too young to watch this video.

In British English depot is used most often to refer to a place where mail/packages are sorted, or many vehicles are coming and going… But it isnt a commonly used word and isnt used to refer to a store or shop. A bus depot is called a bus station in the UK, and if you ask people where packages are kept 99.99% will say the sorting office. British English users understand the meaning (it does have that meaning here, except for shop) but it may confuse for a moment.

Having said that, I’m happy with the HaikuDepot name. If I were to suggest a name change it would be “Haiku Software Depot” rather than any of the suggestions in the first post.

I am apparently too young to watch this video.

Ah, I get the same message when I click on it from the forum. You have to click “watch on Youtube” or search for Johann Gambolputty on YT

That did not work here, but i don’t have a youtube account, and i can’t imagine to register for some british humor. The transcript is enough for my enjoyment.

This guy comes from Ulm… Not far from my place. Strange British humor. Is this funny?

What is the difference between an App/Application and Software?

Software is everything that your computer runs. The operating system is software, as are device drivers, system services but also your browser, text editor etc.

An app(lication) is a specific software you use and interact with as a user for a specific goal. For example a web browser or text editor.

i can’t imagine to register for some british humor.

Let’s try again with dailymotion. I’m not registered there so I suppose it should work for everybody:

It is supposed to be

Yes the video is somewhat funny…

Can’t we just call it Bob?

British English users understand the meaning (it does have that meaning here, except for shop) but it may confuse for a moment.

As a British English speaker, I though HaikuDepot was perfectly understandable. It is a place that stores all of the available Haiku add-ons and features. We do not indeed use it for a store in the sense of retail, but we do use it in the sense of store as in “store room” or “storage facility”. I don’t think you can say it is not perfectly understandable to a British English speaker on that case.

I’m new here and new to Haiku. I started in the late 80th with an Amiga 500. In the late 90th I came to Windows 98 and then to Linux and BSD. This was 20 years ago. I don’t know it exactly but I think I had tested BEOS someday. It’s long ago.

Haiku ist very interesting and as far as I could read it shall be compatible to BEOS. Therefore the name has to be Haiku Depot, of course. Nothing else. In the Haiku/BEOS community this name is well known and so there is no need for a new one.

I have only just seen this, but I have to say that I disagree. Depot come from the French, and its original meaning is a place where things are kept, or deposited.
The word is in common use, in a variety of contexts. A common one is bus depot, where buses are kept when off-duty. The word doesn’t immediately suggest sorting office.
Its use as a place where software is deposited and available to download is both perfectly valid and perfectly intelligible to English speakers.