and dev at my own company. (The last one with employees did not work as expected

).
I’m currently developing an own game engine, mostly for own products but also with the goal to sell it for some bucks on itch.io if everything works.

I have 10+ years of Unity experience but I’m not a Unity fan anymore. (Different reasons). I spent a lot of time developing with the great DragonRuby engine and fall totally in love with it’s simple concept.
DR is also the reason why I also chose Ruby as scripting language.
Last week I wanted to do a short break from daily business so I went through different topics on the internet and found Haiku.
I tested it a lot with Parallels on my iMac and it was a really cool experience!

So I started porting my engine for Haiku and progress is so far better than I expected.
Of course it will never be the next Unity or Unreal but I thought having a beginner friendly game engine with official support for this OS would be a cool thing.
So I wanted to check out if there are some people in this community who are interested in having such a tool and if there are some things you don’t want to miss.
I will post some screenshots and / or a video if I get the engine running on Haiku as expected.

You could be interested by this thread about Drag[en]gine from Dragon Dreams which also has Haiku support. If you want to test it, it should be available though HaikuDepot.

Anything that makes haiku interesting for new developers or users is welcome.

Short update: Beside the fact that it’s suuuuper slow (software renderer) everything is working now. Last part, replacing X11 with Haikus nativ window system was a bit stressfull but it was worth the effort! I will try get it running on an old Laptop the next days with HA so that I can record a short video

I am looking for a game project that I could develop with you on Haiku and with Haiku. I have a friend who develops Tibia, so he keeps his knowledge of c ++ at a high level. I’d like to do game-dev like him.
I searched the entire forum know about the morrowind port, however this project is now closed.
Please give me some ideas for my development

There is OpenMW in haikuports, if that could be helpful

With Drag[en]gine I once started creating the ToolKit binding for the IGDE (Drag[en]gine game IDE) but never finished it since I got absorbed in other things. If this binding would be done the IGDE would run on Haiku. If you are interested to help me this would be great. The binding part is coded in a separate git branch. Basically it means porting this to this.

Or you could just finish patching the FOX Toolkit + Xlibe to run on Haiku that way. I tested Xlibe with the FOX toolkit and it mostly worked but had some critical problems that prevented it from being usable (something related to focus management, though I recall finding some hack which fixed that, and then font rendering looks terrible because the FOX toolkit really expects Xft which I didn’t implement.)

That would be an option. But I designed the tool-kit abstraction so I can allow the toolkit to look-and-feel like the the UI the user typically expects on his system… that is “if” you have a standard toolkit like Windows/MacOS/Haiku has it. But all solutions that yield to a result are fine with me. I’m just not sure fixing FOX is going so easy. It has some nasty sticks up his but outside the Windows/Linux realm

I did not get lost, just was busy with some other projects but now I’m back for my engine.
I had to change some things in the rendering backend in the last weeks, so that it’s now based on SDL for window and input management and bgfx for rendering. I had to patch some code in bgfx to get it compiling on Haiku but it’s working now.
The part where I’m currently stuck is at getting my EGL window surface.
Plan is to do it similar to this example but it seems that SDL has currently no possibility on Haiku to get the window like in the example with X11.
Am I missing something or is there any workaround to get EGL running with SDL on Haiku?

Maybe you find some answer for now in this thread: State of Accelerated OpenGL - #15 by PulkoMandy

I say that, all to say, I would still like to have a version made for Haiku. If anyone would be interested in creating a native version, let me know. I have all my music bundled (hundreds of pieces!).

Here are some links to watch a bunch of videos of the game in action: 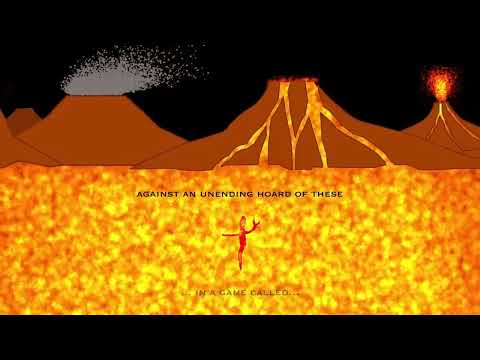 To the next 20 players who buy and beat Lava Crew, will each get $25USD!

Yes please. I would be into this. Even if the game was rudimentary, it would be good to know developers are on board and targeting Haiku for work.

@brunobastardi Thanks for the link

To be a bit more specific about my problem:
I’m currently stuck at eglCreateWindowSurface. I always get EGL_NO_SURFACE as return value and I think this happens because I pass the wrong arguments to the function.
The function needs some type of EGLNativeWindowType as third argument but I have absolutely no idea what to pass here. I already tried passing an instance of BWindow but this did not work.
Does anybody know what to use here or do we have at least a small example of an app which uses eglCreateWindowSurface?