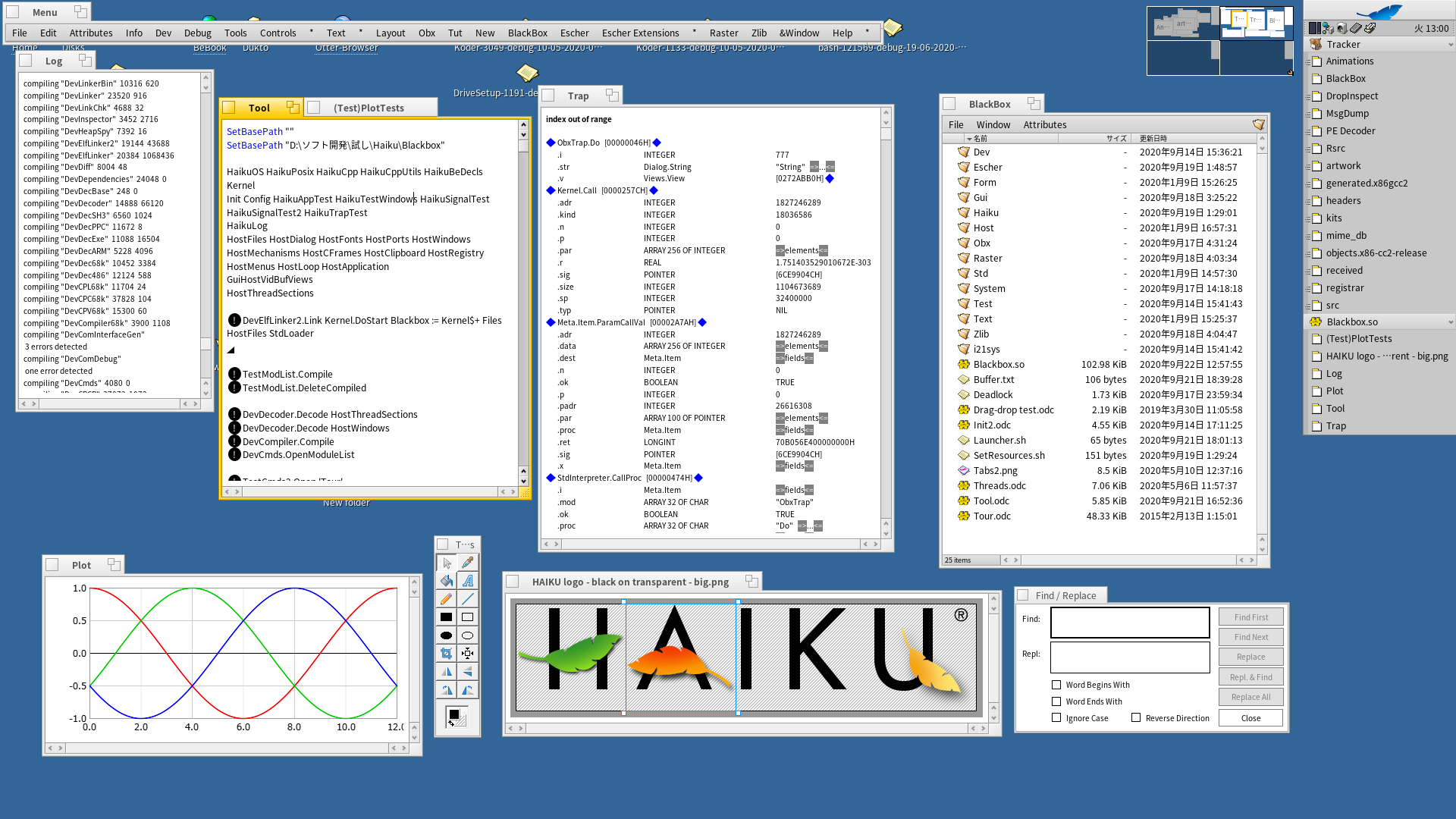 Blackbox is a document-oriented framework and IDE. It allows to create persistent interactive views. Framework support serialization of object reference graphs that are used in views. Development and usage is done is single process allowing direct procedure execution without message passing. For example you can easily write program that insert or modify text of focused text view. PE decoder from here is made in Blackbox. ELF and NE decoders are also available, I will publish it later.

This port directly use Haiku C++ API without C bindings. It declares mangled procedures and vtables. Only Itanium C++ ABI is supported, GCC2 ABI is not supported. Only 32 bit x86 version is available.

I have read about Oberon language/system in the past and was interesting and different.
Thank you very much for your effort to port such a system to Haiku. Nice work !!

There is a pending PR for updating pascal in haikuports: https://github.com/haikuports/haikuports/pull/5253
This hasn’t been pushed/merged due to the fact that the latest version has some issues building for secondary architecture on 32 bit, looked into it and made some local changes to the last version there, would be nice if some people interested in pascal could check them out

Oberon is very respected language. Glad to see it in Haiku. Is there any technical obstacle of making it available also for x86_64 or it is only the matter of time?

Compiler currently supports only 32 bit x86 and 68k (Blackbox was originally made for MacOS classic) code output. There are in progress 64 bit x86 compiler Hershel, but it is not yet completed.