Are vortex processors able to run haiku?
these processors are 32-bit.
I thought they were 486 processors with higher clock rates, but looking at Wikipedia:

Any i586 code will run on Vortex86DX and later

and latest models work for i686 code with this exception:

Does any developer know if they have the potential to run Haiku-32bit?

Why would you try to use such a obsolete CPU ? Museum piece now

I think it should work, IIRC the minimum for Haiku is a x86 processor with the MMX instruction set, which this processor seems to have

Edit: I’m a bit confused about these knee-jerk like comments of “why use such old hw” that seem to occur here frequently… I think Haiku is a great system to make older hardware usable again…

Is any computer with Vortex86 still available for sale?
They have one cpu model with dual-core 1 GHz which is not great but should be enough for some basic tasks.
Would be really interesting to see a x86 cpu that’s not made by Intel or AMD.

Well… tracing the history of cpus… I remember there were some competitors which were available on computer components shops: IDT winchip, Cyrix, Transmeta, Rise Technology (mP6)
the first one was designed by Centaur Technology which later was bought by VIA, as well Cyrix went to VIA (famous ones were Via C3 C7 Nano Eden, with these cpus VIA introduced the Mini-ITX Nano-ITX pico-ITX form factor); VIA in joint venture with Shanghai Municipal Government created the Zhaoxin company which now produces x86-64 processors that run up to 3 GHz.
Rise Technology was bought by SiS but later sold it to DM&P Electronics, on Rise Tech. design this company produces the Vortex86 processors.
IMHO no competitors are on par with Intel or AMD, but the Zhaoxin is the only one which can stay not too far from them

I know Zhaoxin and it looks really promising,but computers with these CPUs are only sold in China for now.
I’m sure they’ll come to Germany some day,but they’re still quite new.
I hoped I could find some cheap Vortex86 device which I can order from here instead.
You seem to have one or are planning to get one,otherwise this thread wouldn’t make sense,right?

I’m planning, I’m looking for a reseller, for now I know this one but it’s located in USA

I hope to find something in Europe

This one looks good but 377 dollars for a single board computer with 2x1,0GHz + 2GB RAM is way too expensive compared to ARM-based alternatives

This could be interesting for you guys: 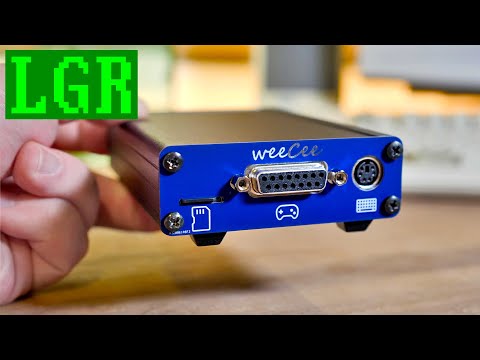 I am looking forward to the next revision. Hopefully they will address the shortcomings Clint mentioned.

This could be interesting for you guys:

Its a primarily ISA architecture based SOC. Does Haiku properly support ISA?

I’m also interested in whether the WeeCee could run BeOS. If there’s no issues getting the existing kernel to work (or it just requires a vendor string replacement like some newer processors did), there will be driver problems:

The immediate problem is BeOS’s VESA driver is not particularly performant or flexible compared to what we’re now used to on Haiku - the XGI Volari does not have BeOS drivers. So while you should be able to use VESA, its painful.

It also has a custom Ethernet chipset, which does have Linux and FreeBSD drivers.

USB is OHCI which R5 doesn’t support, but everyone uses those “patched” (recompiled) drivers anyway I’m sure!

Normally I don’t like watching videos but this one was really worth the time!

Unfortunately this device is nowhere available to buy and it uses the older Vortex86DX chip with only single core 800MHz and 256MB RAM which would be too few to run Haiku and some simple apps.
Surely it’s nice to play with it,but I think only a device based on the Vortex86DX3 could still make sense for use with (lightweight) modern software.

Well, I was looking for vortex86DX3 exactly because I saw that project. Last time I heard of vortex86 there were only DX2 series… With DX3 the specifics are now interesting