I’m an hobby photographer and I’ve a gettyimages profile with a small portfolio of photos.

I would be happy to donate some of them as Haiku wallpapers if you think they would suit well.

My portfolio is here (for copyright reason, it’s better to start from my 500px mirror…US laws are weird…): https://500px.com/theclue 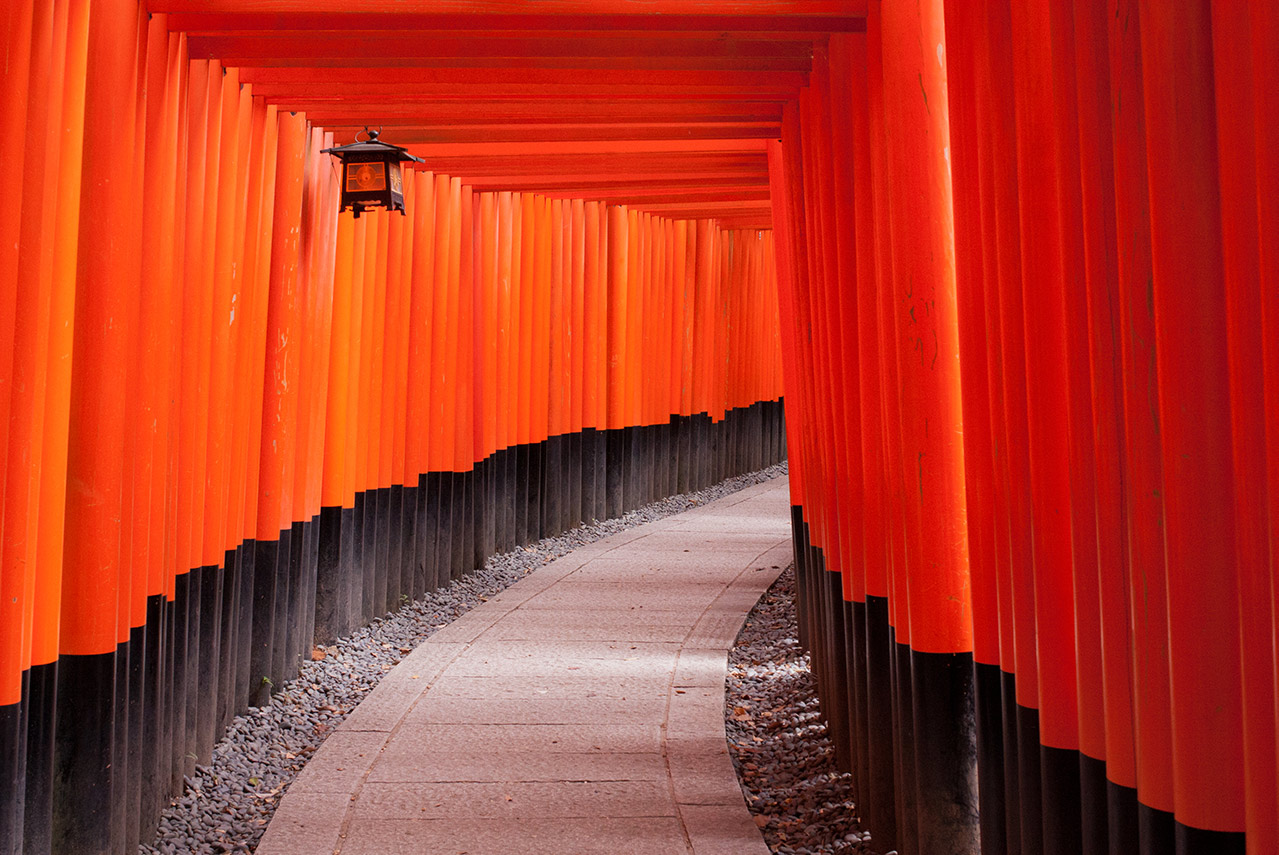 but I have others from my Japan trips

I like these your pictures (as Haiku walpapers):
Sunset in Scardovari
Almost Nemo
Luna
Osaka Sky View

Wow. Those are very nice! I tend toward the blueberry pancakes, though…

@kallisti5 has been collecting a few backgrounds for a package. Maybe he’ll add a few of your photographs.

And, you bet, these pancakes were tasty too. I’m not that kind of food photographer that bakes fake food just for better looking. I hate to waste food

@kallisti5 in case pls let me know in which size, format and aspect you would prefer to have the wallpapers

Far-east themed wallpapers would look great with Haiku. Especially emphasising on writing, with items like inkstand, quill pen, sheet rolls, with some nice touch on calligraphy… Featuring different writing systems written in their respective classical styles… Maybe some Japanese landscape on the background with Sakura trees. Don’t forget the random feathers around.

Maybe we should open a drawing contest for Haiku wallpapers?

If i have your authorization, I could bake up a port recipe with wallpapers. But i don’t know if it fits the policies for HP…

Nice pics @TheClue. I would like to see some added as “Haiku default wallpapers”, though I’m not sure about image licensing. I mean, if we give pictures to Haiku in order to gather a selection of wallpapers, those pictures should be released under what kind of license, MIT, GPL, CC attribution-share alike-non commercial??

I also do have some pictures too that I’using as wallpapers on Haiku (www.roired.com > devart > wallpapers / it’s a wordpress site, so no direct link to the wallpapers), that are free to use.

Regarding wallpapers, all oses always offer some “default” ones, and Haiku also could. Maybe a contest would be a nice idea, in order for people to submit candidates to choose, i.e. selecting the “best” 10 through voting, to pack them with Haiku, or have them as an HPKG to download after installation.

We could find a way to gather at least some. Be them for direct inclusion in the installation media, or as supplemental wallpapers. Fedora has a wallpaper submission policy with dates and requirements, for users to provide extra wallpapers. Might be a nice idea.

Since you are authors of these pictures, the choice of the license is yours, I guess the only need is to allow redistribution.
I think all you need is to provide the license of your choice in your package (unless it is already system data license?)
There are already some wallpapers available in HaikuDepot:
A package with a little selection of pictures taken from Unsplash.
A package with some wallpapers made by users for Haiku some times ago on one of the additional repositories.
I think that there is also a package with BeOS era wallpapers on same additional repository.
If your idea is to have them included as part of Haiku itself, that’s another story.

those pictures should be released under what kind of license, MIT, GPL, CC attribution-share alike-non commercial??

GPL and MIT are not applicable to wallpapers (the wording of the license is specific to software, sourcecode, etc). CC-BY would be close to MIT, CC-BY-SA close to GPL. CC BY-NC-SA would prevent the wallpapers from being included in the beta and stable releases, because we sell DVDs of these and the NC clause doesn’t allow that.

because we sell DVDs

there are some beta1 left, do you want some?

Apparently! I was for using USB drives though and mass imaging them… especially as a USB drive is useful as a thing to buy even if you dont’ use it for Haiku forever (since a Beta is a bit ephemeral after all) and we move on to nightlys at some point.

I sold about 400 DVDs so far. Here is why not USB drives:

If you want to order a bunch of USB drives with Haiku image on them, feel free to. I did this independently on my own funds for the DVDs and after refunding my investment I send the extra money to Haiku inc. I think anyone can do that. But I’m not sure you would sell as much.

I can absolutely believe that. Perhaps not this year, where no events are occurring at all in the whole world, but true in general.

This will make a question coming up in mind: how will we promote b2?

Since we’re all locked-down, we’re all on the starting line. No events will take place for anyone, so we would not suffer competitive disadvantages vs those who usually can buy fireworks.

Back on topics: if the policy can allow that, I can create a port with some wallpapers (suggestions and contributes are welcomed, in case!). For what concerns my photos, ofc I’ve noprobs while licensing - they are mine.

Fedora has a wallpaper submission policy with dates and requirements, for users to provide extra wallpapers. Might be a nice idea.

I like the idea, too; as a nice side-effect, It would create a easy-to-reuse standard for art submissions, which could be useful for marketing purposes in the near future.

Then, what would be the right license? Fedora’s policy, if I read right:

Must be a Fedora-compatible license. We have always created our own default wallpaper and licensed it, usually Creative Commons Attribution.

So what would be the the right one for Haiku? Would simple single Creative Commons Attribution do?

Back on topics: if the policy can allow that, I can create a port with some wallpapers (suggestions and contributes are welcomed, in case!). For what concerns my photos, ofc I’ve noprobs while licensing - they are mine.

For what you write, I see you don’t have issues with the licensing of your own art. I presume some people would not be as happy as you to release art handling rights to someone else. I don’t know, maybe next year some world famous photographer wants to submit art for a Haiku Wallpaper Contest, but his requirements could be a not free cultural license… who knows

I didn’t know that much about this licensing topic though, right now I was searching the “good licenses” accepted by Fedora and there are plenty (https://fedoraproject.org/wiki/Licensing:Main#Content_Licenses). Looks like this is a good place to start?

Setting this clear from the start would avoid any future issues in case of submitters claiming whatever… Any legal expert around to clarify this?

I like the idea, too; as a nice side-effect, It would create a easy-to-reuse standard for art submissions, which could be useful for marketing purposes in the near future.

True, and it also would help visually differentiate among releases, as each new release would sport new wallpapers, being the former ones also available to download. Grosso Modo that is how I see this.

Ubuntu got it’s presence because they issued free CD’s with Ubuntu. I remember people ordering heaps of them at university.

USB sticks are cheap, are you allowed to do the same with Haiku using USB sticks or do the licenses forbid it?

You are allowed to do it. We don’t have a Mark Shuttleworth investing his personal fortune in manufacturing and free worldwide shipping however.

Cost analysis for the DVDs:

So if you want to ship 1000 DVDs for free, you have to put 3000€ of your own pocket. I don’t think Haiku Inc would find this a good way to spend our money. With 3000€ we can organize something like 1 to 3 coding sprints of 1 week each (depending on where and how they are organized, number of people attending, etc).

The goal of the DVDs was then to both promote Haiku (and indeed some were given away), and also to act as an enabler for donations. It helps people to know they “get” something in exchange of their donations, and I think some decided to give us some money because of that.

I don’t know the cost for mass buying USB sticks, but I’d assume we want something of decent quality and fast, so it would probably not be 0.57c per unit. Especially if you want our logo etched or printed on it. And you would want to put them in a somewhat decent packaging, not ship them in a recycled enveloppe.

Anyway, Haiku is under the MIT license which means you are free to redistribute it. The logo is trademarked, so if you want to make changes to the distribution, you have to get agreement from Haiku Inc, or use the de-branded version which removes the logo (or uses the alternative “Walter” logo in some places now). The agreement is not too hard to get if your changes make sense (maybe you are adding some extra software to your USB stick, as it was done for the “discover haiku” one from TuneTracker systems: http://www.tunetrackersystems.com/discoverhaiku.html)