Screen resolution with a trick

So earlier or later i will have to accept the fact, that my eyes getting tired, i cant see as sharp as before, text is way too small, i already zoomed everything.
You know how it goes, i think.
So i was told i should just use a lower resolution.
I started to think about this idea. Why to set every program up if i can just lower the resolution?
Too bad, the supported resolution arent even scales 1:1 to my screen, everything becomes streched or letterboxed. But why is it so? The OS relaying on the hw to tell which modes are supported. The native resolution of your screen ofc should be listed, and I also understand why 640x480 still listed (backward compatibility).
What i dont understand, why cant we use arbitary resolution?
Lets imagine the following:

It would allow the user to set the screen resolution to arbitary resolution without significant quality degradation.

Maybe stupid idea, i just hate when my screen switching modes, it looks really unrealible to me. Like a hack. On Haiku oftly happens an SDL program doesnt restores the screen resolution after exit.
Why do we use the hw to scale at all? Is it so much faster? Because the scaling must happen somewhere, either in hw or in sw, but i think we can do it much better than letting the hw constraining us. With this modesetting would become completely unneded.

Eh, i just invented screen scaling. Too bad, plenty others did before me.
Heh. No millions for me.

I use a 13 inch laptop with HiDPI (which Apple calls a Retina display) and have a similar issue. Increasing the font size in preferences helps a little, but there are still many buttons, scroll bars, window edges that are simply too small or too thin. It would be great to have some kind of setting to make them grow too. But we’ll have to wait for Beta 3 or maybe R2.

Everything is supposed to scale around font size, one way or another. Unfortunately the proportions are not quite worked out yet, and also there are a lot of things that do take scaling into account at all. Changing font size also does not affect running applications. But there has already been a lot of work on this since beta1, and I imagine that there will be more before beta3

Yes, there has been a lot of progress.

In fact, I am a little surprised by Haiku. I tend to see better the fonts with Haiku than on Windows or Linux for the same size. Is it due to some anti-aliasing, contrast or choice of police? Therefore it’s a little bit sad that I can’t do all my work under Haiku.

Yes, our font hinting/antialiasing does different compromises than on other OS.

@extrowerk, you can configure a custom resolution like 960x540 using the screenmode command line tool if it’s not listed in Screen preferences, that should work fine. We could add some of these to the “well known” resolutions in screen preferences as well, I guess. Of course it won’t work with VESA where there is no way to set a custom screenmode.

All hope is not lost if you’re using Vesa.
The advantage of nowadays flat screens is that some of them are allowing to define one or several custom modes directly on the monitor.
I don’t know if it is always the case but, when those modes are reported by Edid, vesa driver may be able to use them.

I use VESA on my System76, I can even safeboot and select a lower resolution from the menu shown. But neither the program “screemode” nor editing the “VESA” file in the settings/drivers will change the screen resolution.

This is expected on systems booted via EFI which do not have a video driver active.

I like lower resolutions too, my is 1366x768 i buy lcd with 19inch but i find in linux tech with name fractional scaling where is posible to use 1920x1080 and scalled widgets appied to all apps. 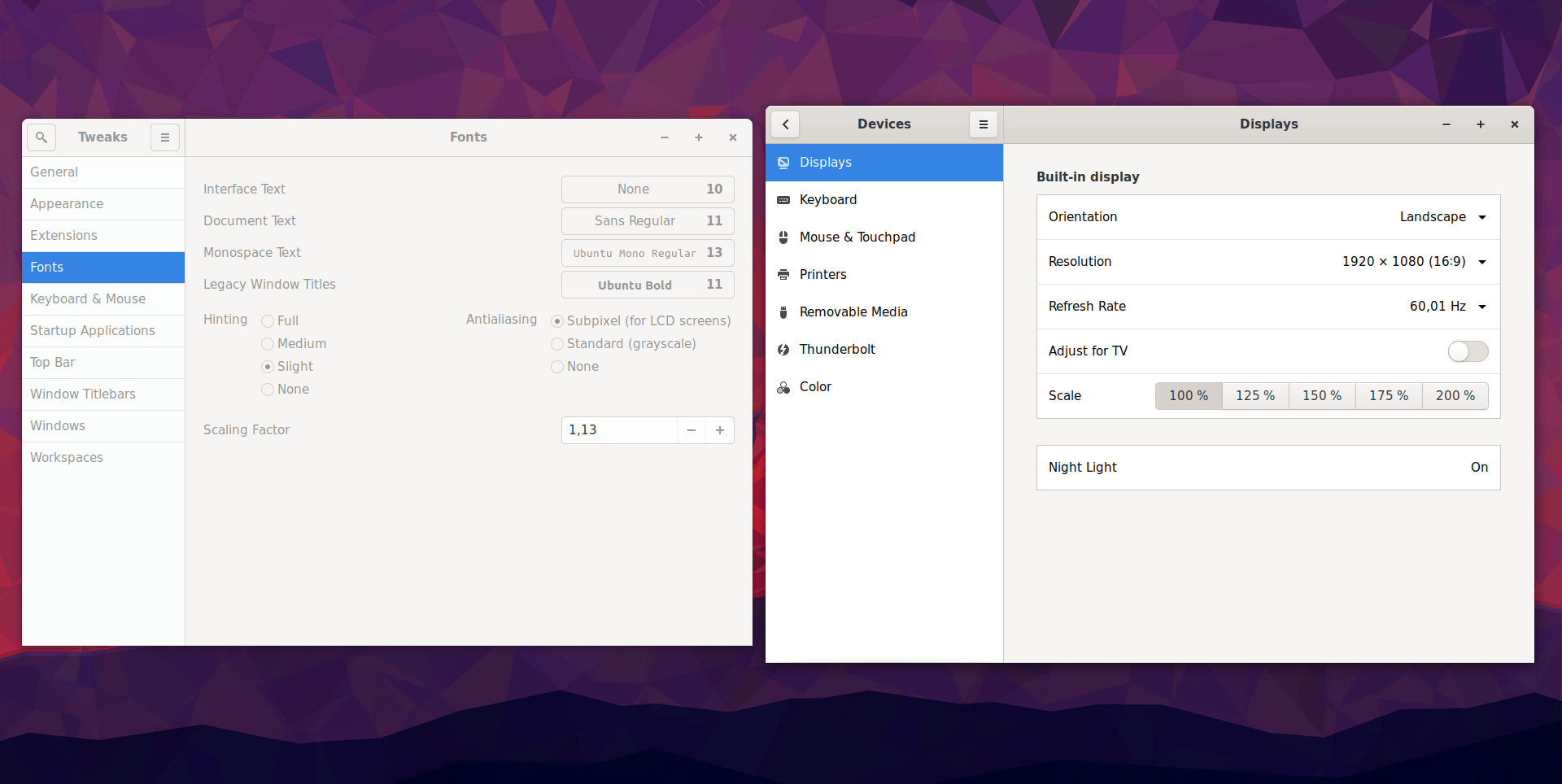 The Status Of Fractional Scaling (HiDPI) Between Windows & Linux

There's a special type of displays commonly called "HiDPI", which means that the number of pixels in the screen is doubled (vertically and horizontally),