We have a thread for Haiku screenshots, but I’d like to also start one for those of us still running BeOS, whether on bare metal or via virtualization! 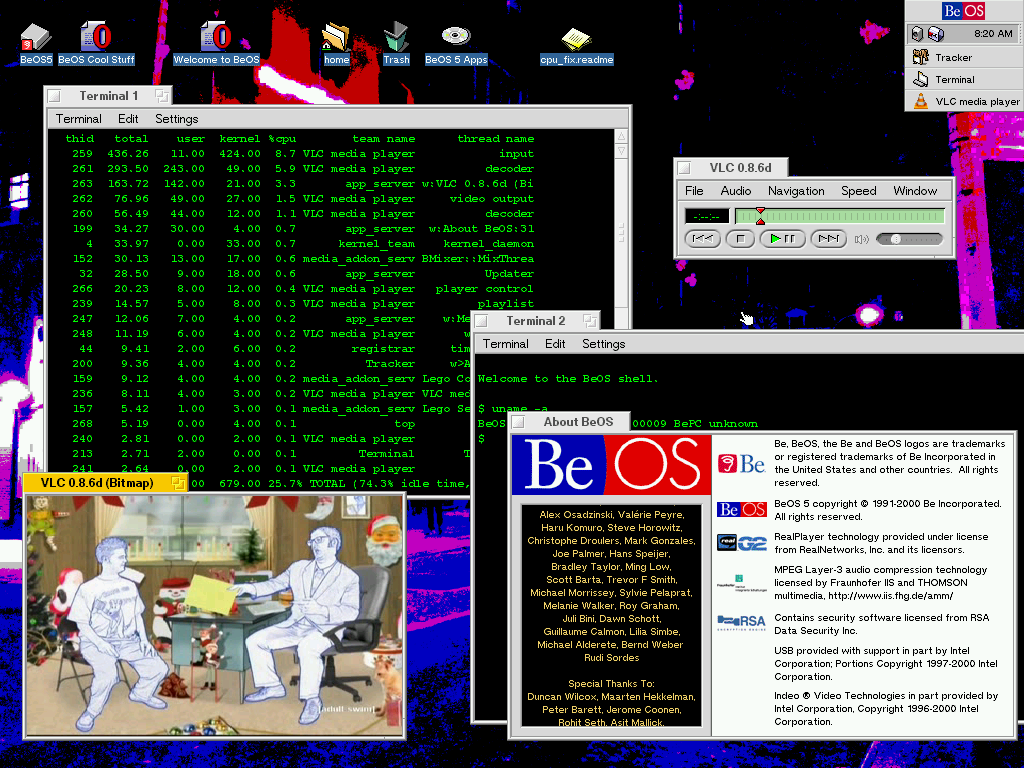 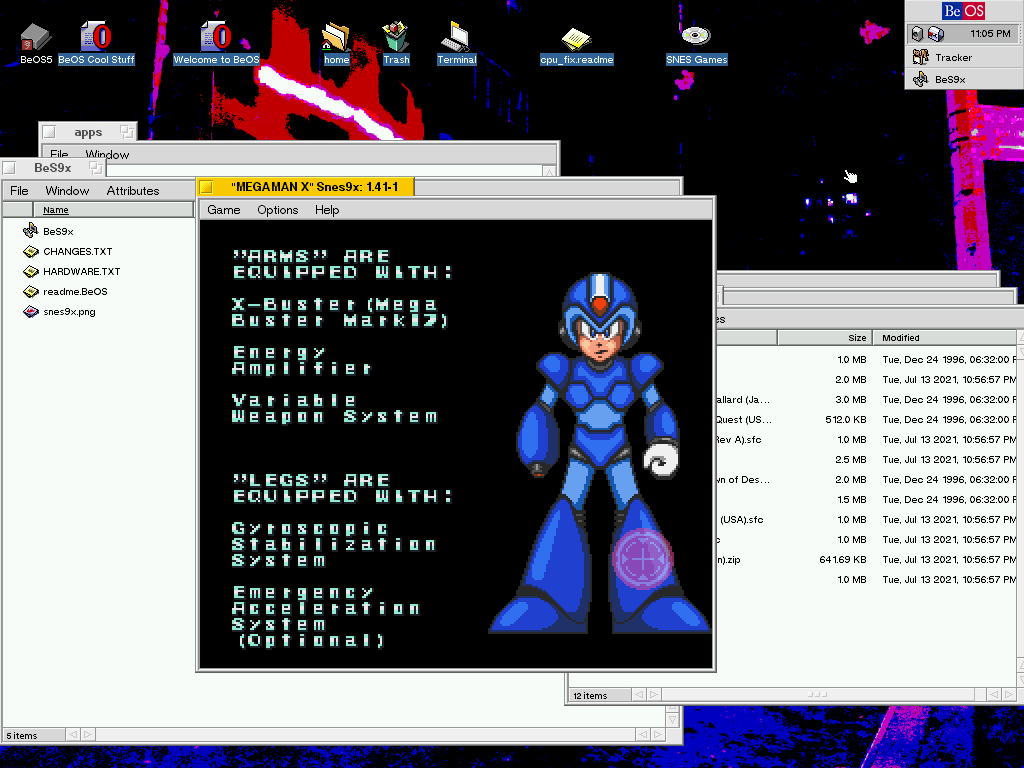 Adafruit wrote a good, detailed walkthrough for installing BeOS in VirtualBox a couple of years ago. The link is here if you’re interested.

The one I got installed in VirtualBox is a clean install, nothing fancy there

But nice to see some of you still running BeOS

An old one from back in the good old days 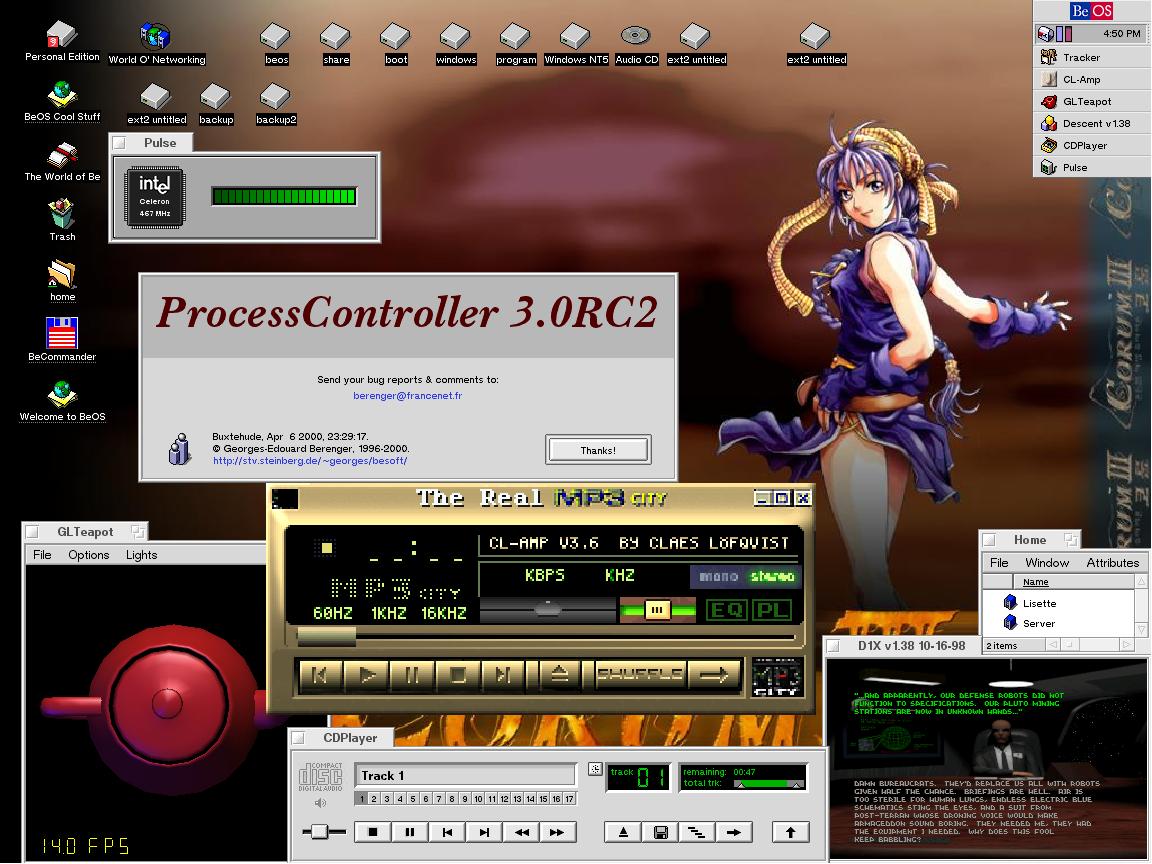 PowerPC representing in the house.

This is my “dual screen” set-up… 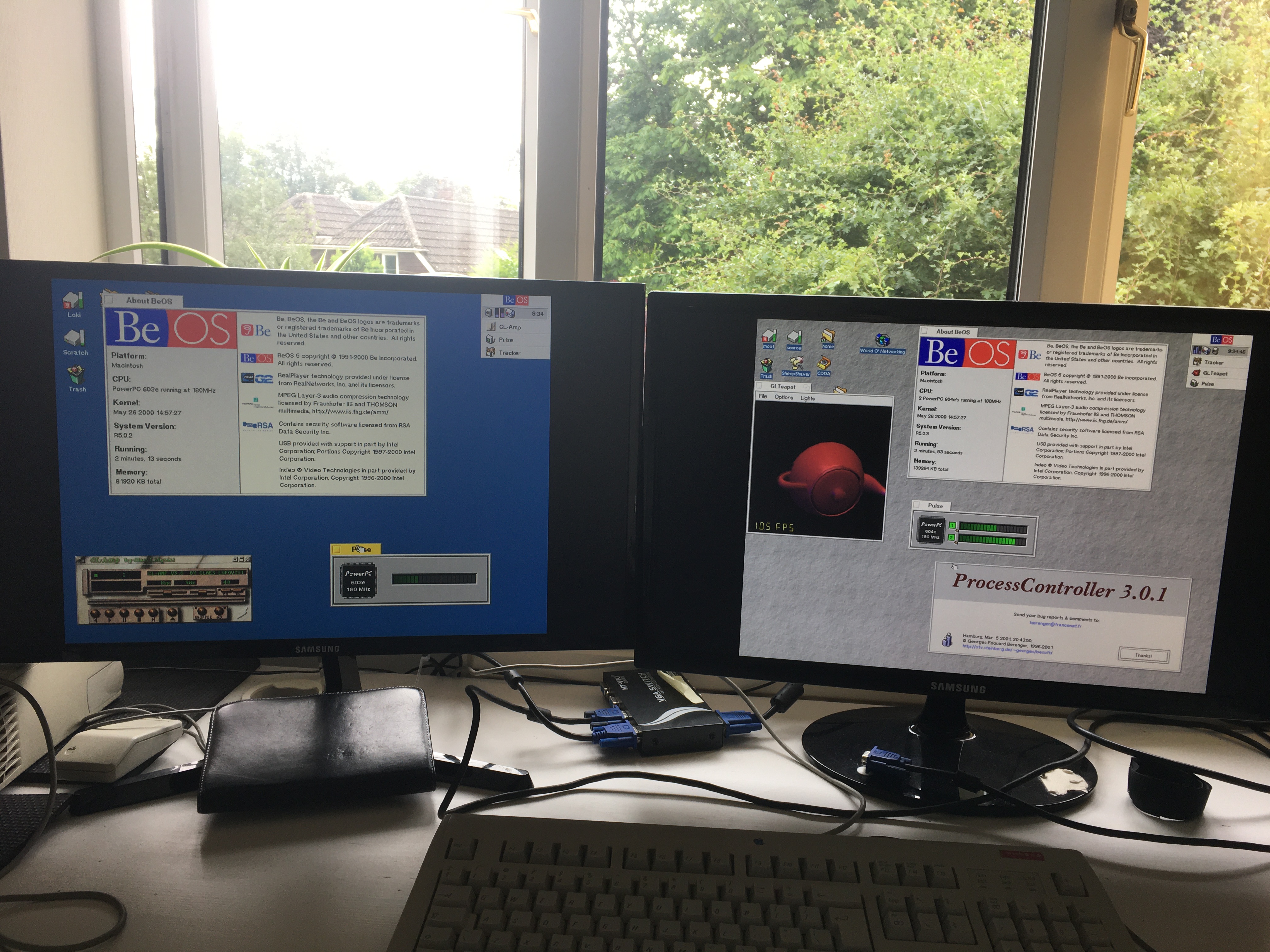 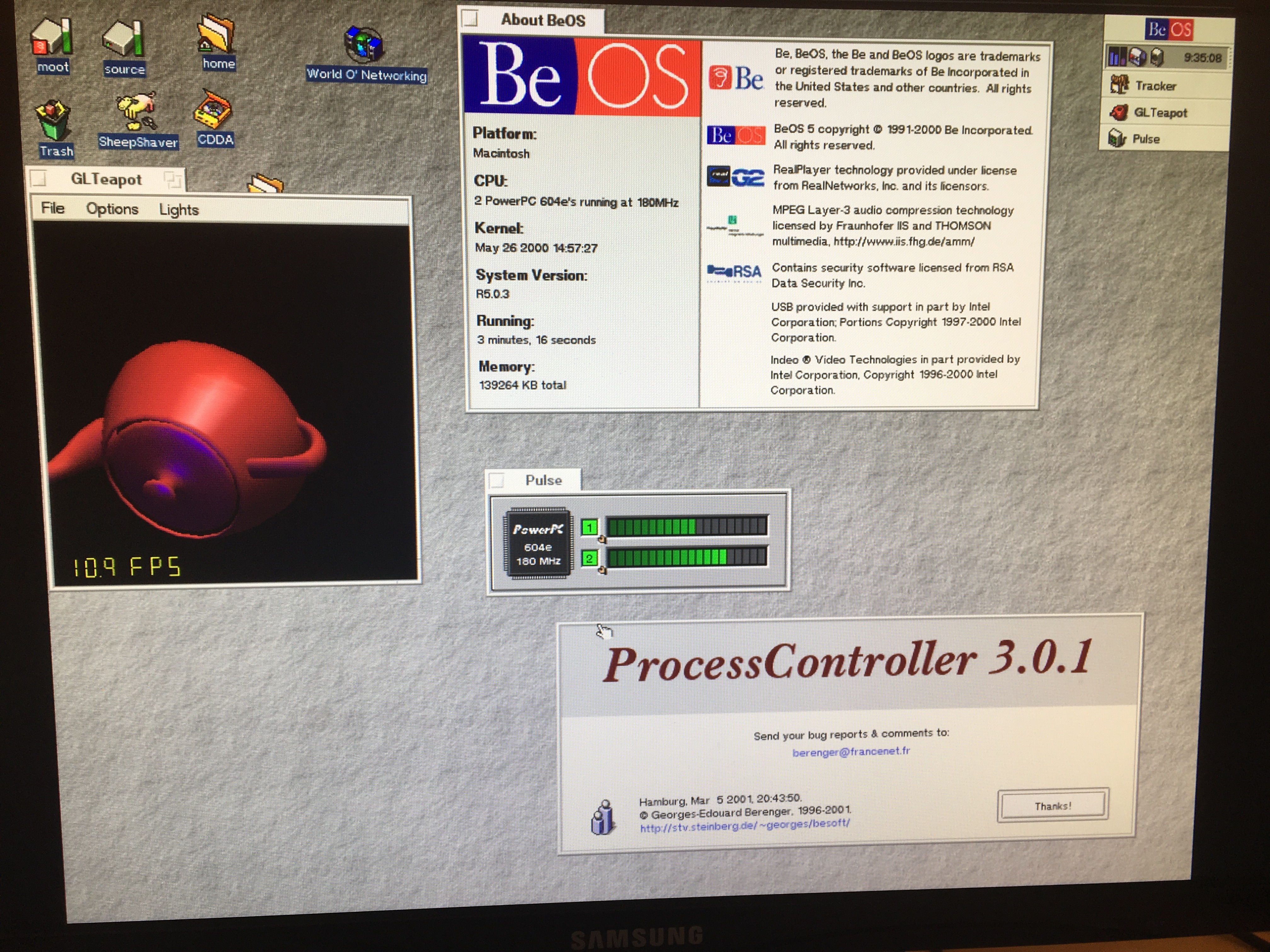 The 9500 I have had since circa 2001. It has a load of history for me and is pretty nostalgic. I am going to be coding on it again pretty soon, so hopefully will start a dev diary or two on those projects. It’ll mainly be making things work that BeOS PowerPC has missing. I probably want more RAM, but as putting it in is really hard, I’ll probably hold off on that for now… lol! (you need to gut the machine.) 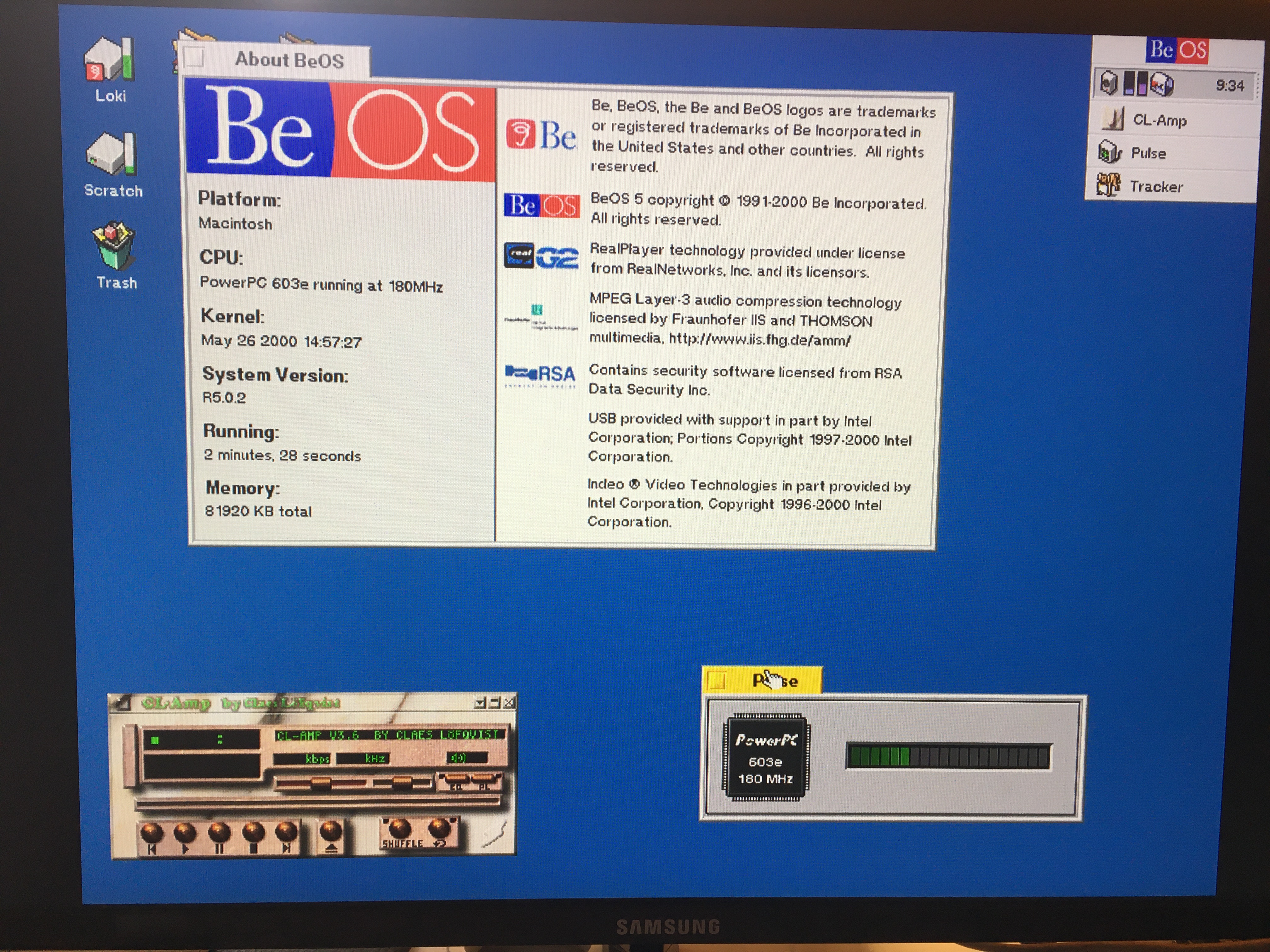 The Umax is a new addition and is pretty sweet. I have replaced the hard drive to make it easer to swap out the hard drive… it’s now just an MicroSD card in an adapter! I don’t think it changed the performance much. I need to get an L2 cache chip for the Umax and I think that will speed it up slightly, but other than that it is a great machine.

I was going to grab one from my BeOS machine, even though it’s pretty much a vanilla install right now, but then remembered that I don’t have it on the network yet. I did have it on with a 3com card but couldn’t get that working form Windows on there. Put a Realtek 8139(a) card in there and can’t get that to work with any drivers in BeOS, just doesn’t show up.

Looks like I’ve got a new project for this week

The rtl8139 should work. I used to use one. It might have been with a third party driver though.

Yeah I’ve tried a few that I’ve gotten online but it just doesn’t seem to register in the network panel. Will keep poking about over the weekend. 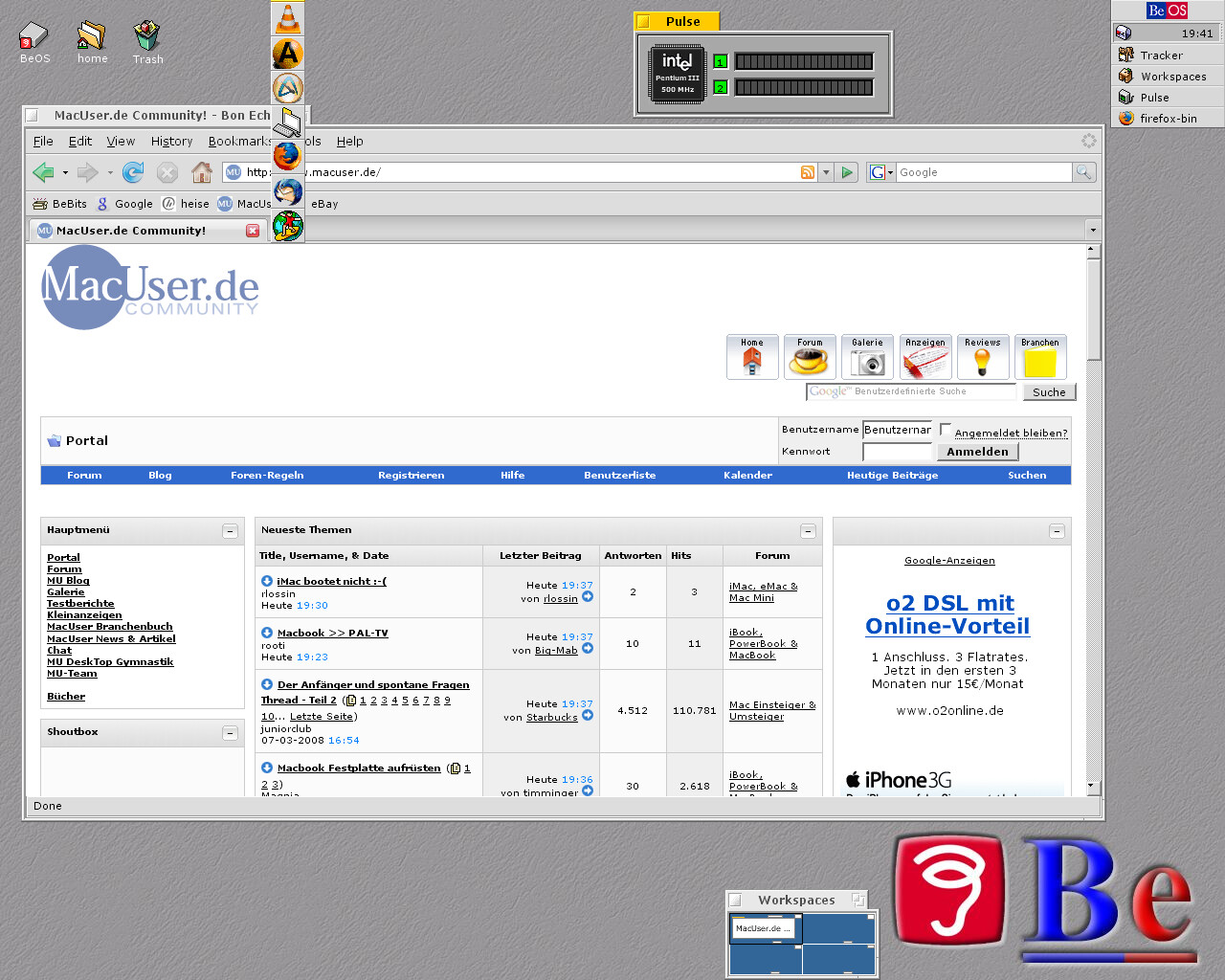 Yeah I’ve tried a few that I’ve gotten online but it just doesn’t seem to register in the network panel. Will keep poking about over the weekend.

Try using a static IP address. I needed that for one of my setups

I can’t even get the card to show in the list for some reason. There’s heaps of drivers around the net for 8139s but not had any luck yet.

All the “drivers” are just hex-edited versions of the original driver, patching in the required device ID. Same is required for the eepro100 Intel driver. If you can get the device ID (from Devices) it will make finding the right driver a lot easier.