I have installed Paladin 2 on Haiku x86 system and the Paladin IDE for C have a trouble about the list of library here…I can’t access to all librarys cause the menu don’t let me scroll down or up with the mouse. I can’t scroll with the keyboard too to view all libraries.

Have you encounter this kind of trouble? I’am on the latest stable Beta realease of Haiku x86 version. I don’t have encounter this trouble on the x64 with the previous Beta version…But for now my system is only x86 compatible.

I have try with the first version available in the Haiku Depot and I have the same trouble. Have put a ticket about it.

You shouldnt make a ticket in the Haiku bugtracker, but at the Adamfloweruk Paladin page at github, because it is a 3rdparty program.

Okay I have done it but I have encouter a second trouble from HaikuDepot. Not about Paladin IDE but the Kdevelop IDE…A library (libclang_x86>=5.0.0) is missing for installing it and I don’t know where I suppose to repport it.

and I don’t know where I suppose to repport it.

This bug is well known.

Is it a bug in the interface kit then? If so i was unaware. Sorry then.

It’s done, I posted the bug about Kdevelop on haikuports issues.

For Extrowerk question, I don’t know if that came from the Paladin app hilmself or the Haiku windows API…If this question is about Paladin bug.
Maybe screenshoot of the ticket can help you to determine it: 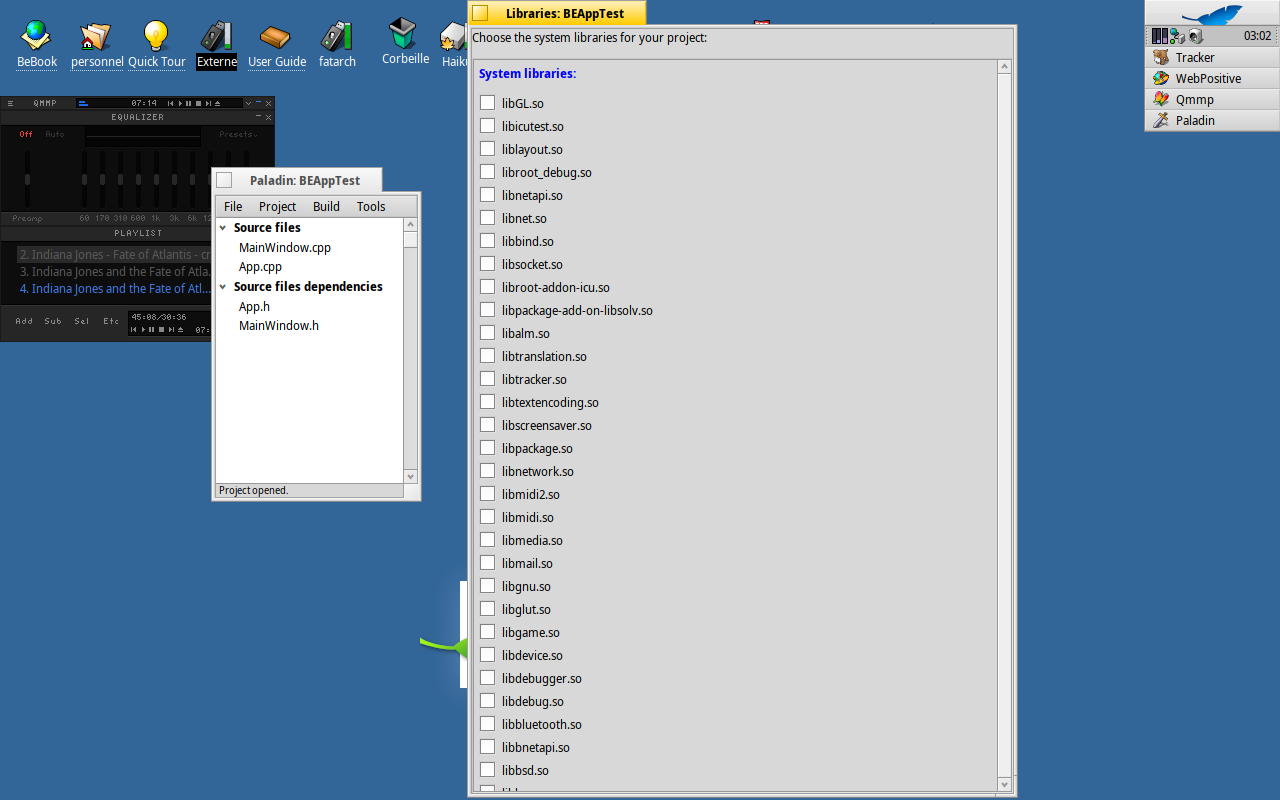 I have encounter the trouble on the 32bits version of Haiku but not have force the installer after the missing libclang file about Kdevelop.

Wait until the PR is merged, then you can properly retest from there.

Paladin 2.7 now works on Haiku x86 (GCC8) for compiling and debugging. There are some bugs here and there, so report them to the Paladin developer(s): https://github.com/adamfowleruk/Paladin/issues

So, you’ll hopefully get updated packages soon if things pass the buildbots…

Ok I will try it cause I have attempt to build the previous version and I don’t arrive…Thanks, I will give you a feedback.

Ok I have build this new version but the librarys bug is the same as the screenshoot before, also I have a trouble in the “About” window of Paladin that say it the 2.6 after the build…Have attempt to build it 2 times with the zip and gz archive of 2.7 in differrent folder but same bug.I have repporte it on the link you have mentionned…I explain it in the Issue.

Is there a chance to have something work about it with the Nightly version of Haiku instead of the stable beta?

Do you have a Mouse-Wheel?
I just tried the 32bit version from HaikuDepot and it is working with the wheel mouse only.
Maybe deinstall and install again helps?

Yes but that don’t work with the wheel for now.

That can help me about it but Haiku system seem not recognise my mouse like a wheel mouse when I go to the preferences of the system. On web browser the wheel work but not in the Paladin library here. Paladin can use wheel in the tree file window but not in the libraries window.

yes I know, sometimes it works sometimes not!
Try to resize the library window, and try again.

That don’t work here…In this window when a scroll bar appear it take all the size (highter) of the window (like the screenshoot in up), that lock the possibility of scrolling it. I don’t have this trouble in the Files tree of Paladin but in this libraries list this is the case.

In this window when a scroll bar appear it take all the size (highter) of the window (like the screenshoot in up), that lock the possibility of scrolling it.

I have put a message on the developper page.
Also for now I can use this method:

By this way I can access to all the libraries.