I’ve just assembled my first desktop PC in over 15 years and I call it my new “Be (quiet!) Box”. It has 2 orange LED bars at the front just like they should be, and since the RGB is controllable, I wouldn’t be suprised if eventually they can dance to the tune of Process Controller or Pulse. 100% working Haiku system (with a few upgrades):

Already using Haiku as default system. Plan to go 100% Haiku for personal use, with occassional Linux development for work. 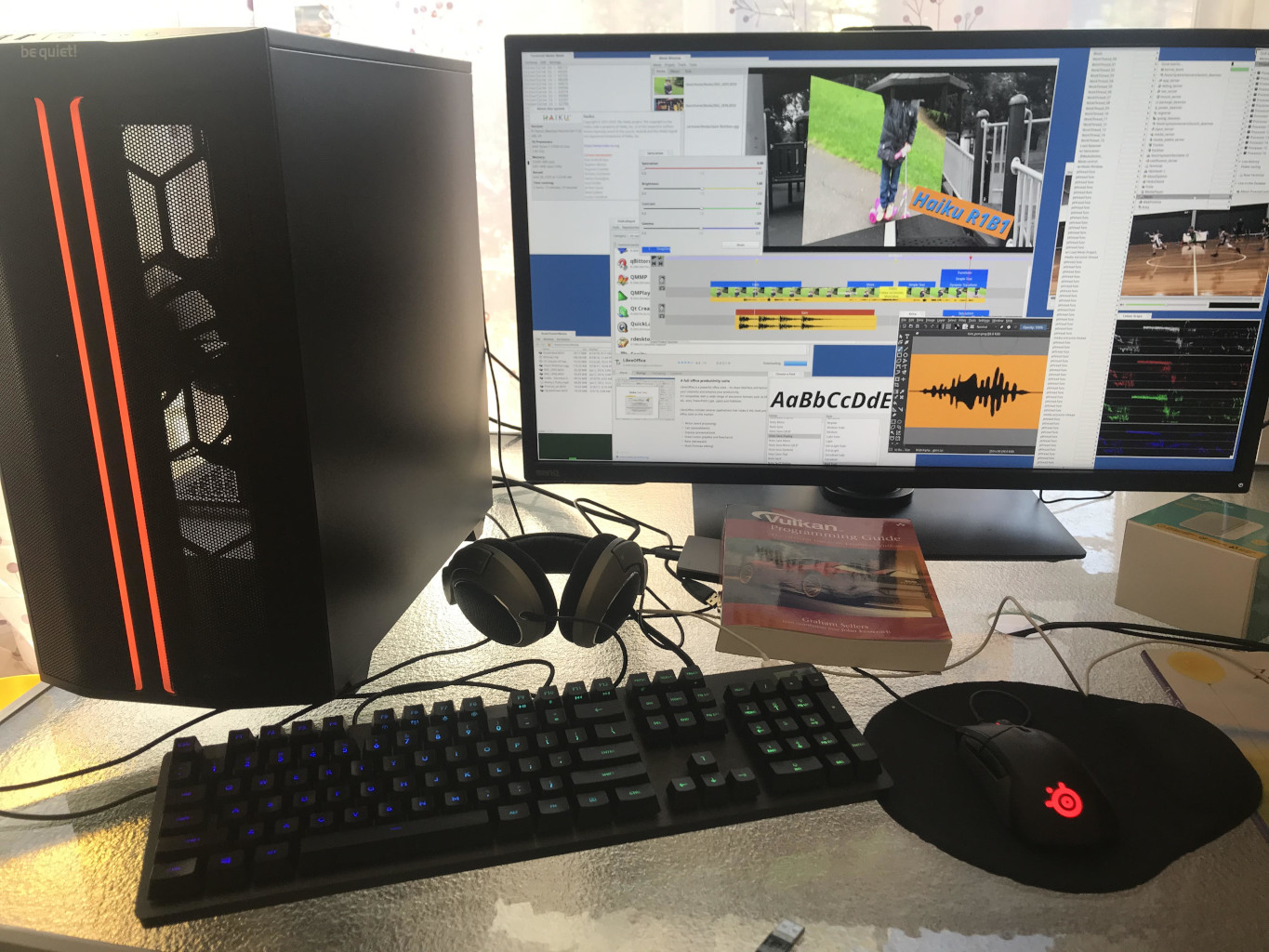 Not a real BeBox, but still nice!
I’m not sure if all the LEDs are individually controlled on this, but if they are then you’ll have to write some driver