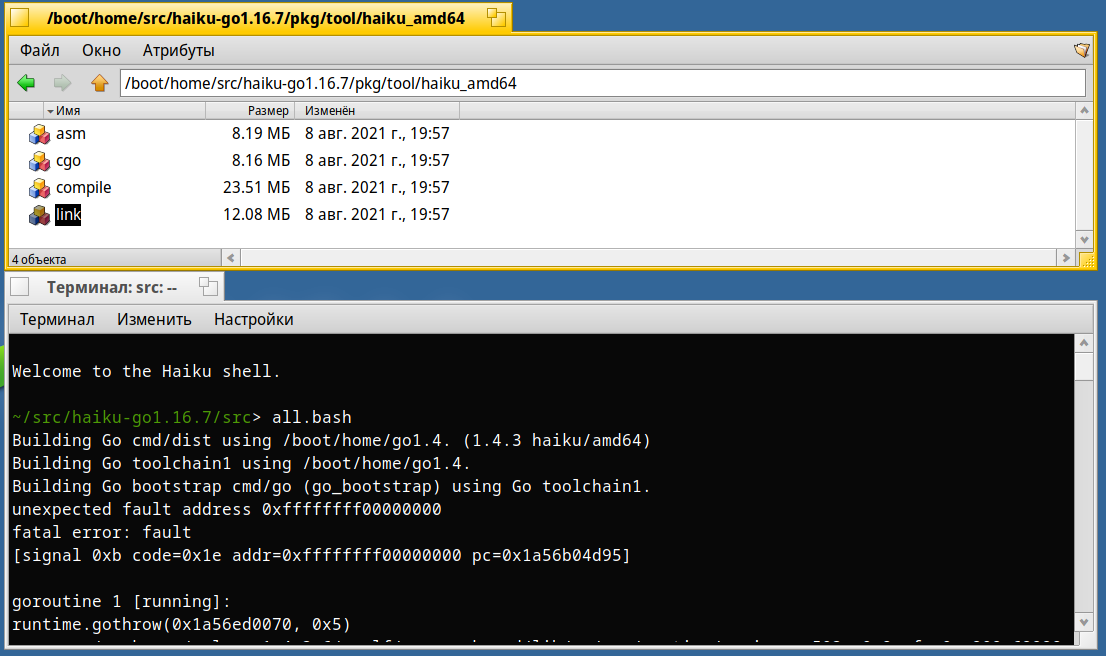 Not experienced there, but did you try searching the forum? I think there has been plenty of talk about go(lang)?

@return_0e has a port where some progress had been made GitHub - golang-haiku/go: The Haiku port of the Go programming language for upstream support. Changes are made in 'golang-1.11-haiku' or 'golang-haiku-master'.

I believe there is a port in HaikuDepot, but it’s rather old. Both should be good starting points to see what changes are needed to make it work. I can confirm that the version in HaikuDepot does make a working binary, at least a “hello world”.

Here’s the link and GO ports! 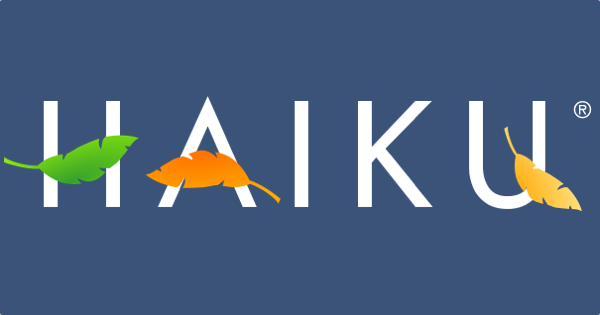 Please write instructions on how to build the Haiku binary. I can not get to collect. Sorry for my English

We really need a functional golang port. A lot of cool things could be done under Haiku with it.
(for example, podman should run under haiku in remote mode with few modifications letting us develop linux containers under haiku when paired with a VM)

The current golang 1.4.x port is essentially the last “C” version of golang.
Last I checked, a lot of bugs existed even in our old 1.4.x port.

To build golang under Haiku, after making applying changes to make it build under Haiku, you’ll need to do one of the following:

tldr; golang 1.4.x is really only useful to try and get later versions of golang building.