R5.1d0 or (exp)erimental/Dano was the very last (known) build Be made before they went bankrupt, which makes it kinda awesome

Dano was the first build to come with a calculator (in the demos folder), BONE (BeOS networking environment), an OpenGL viewer, and a set of experimental ‘decors’ (Blue Steel, Graphite, Origin, and an ode to Aqua in OS X called ‘Baqua’) with the ability to set colors too, better font smoothing, and other little features that make it worth a mention as a release of its own 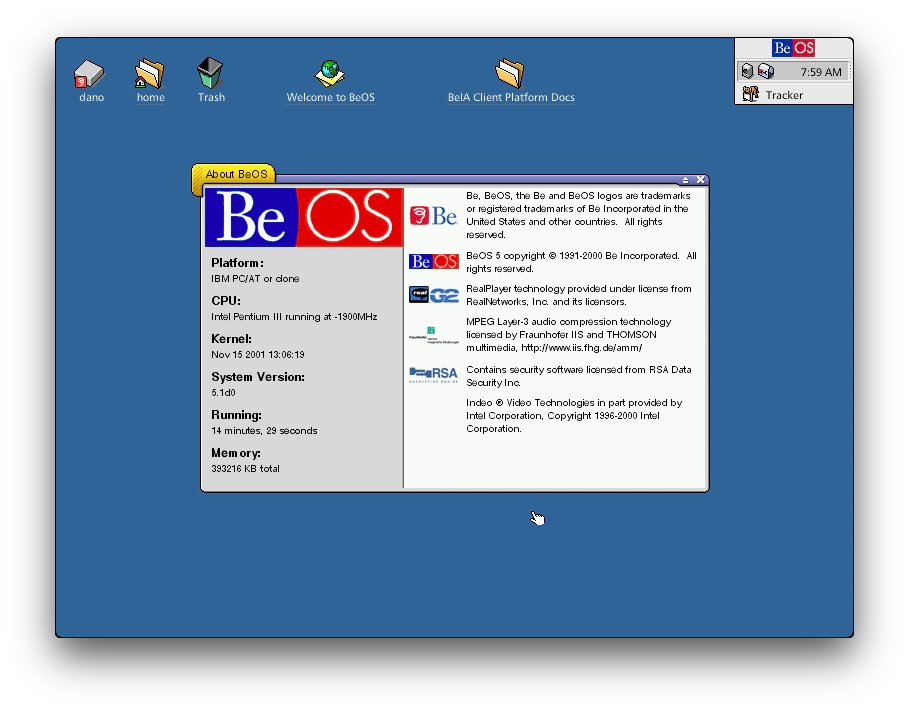 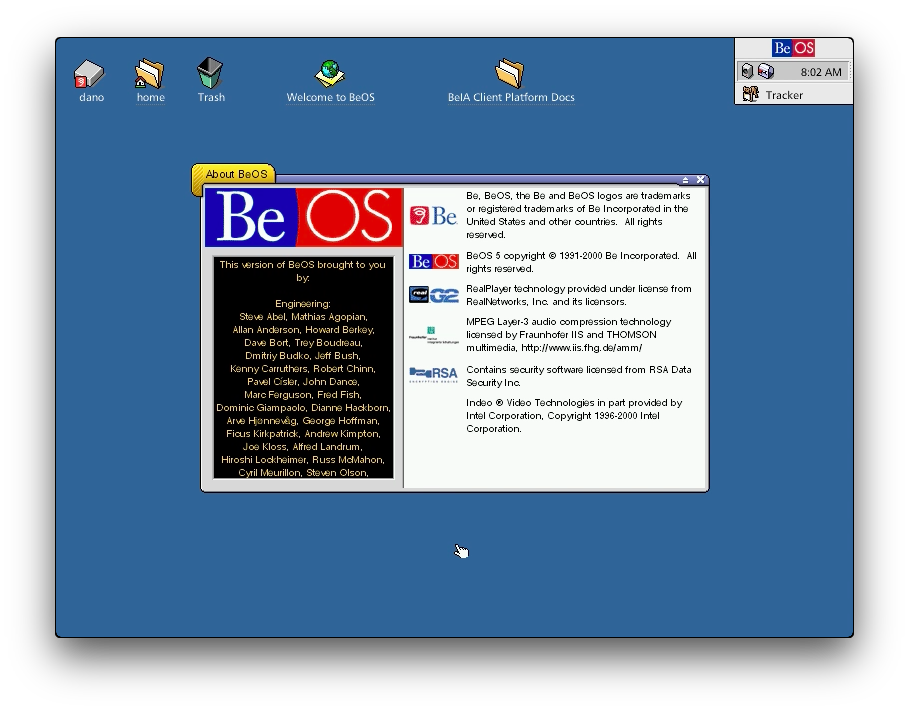 Some wallpapers for the 20th birthday of BeOS 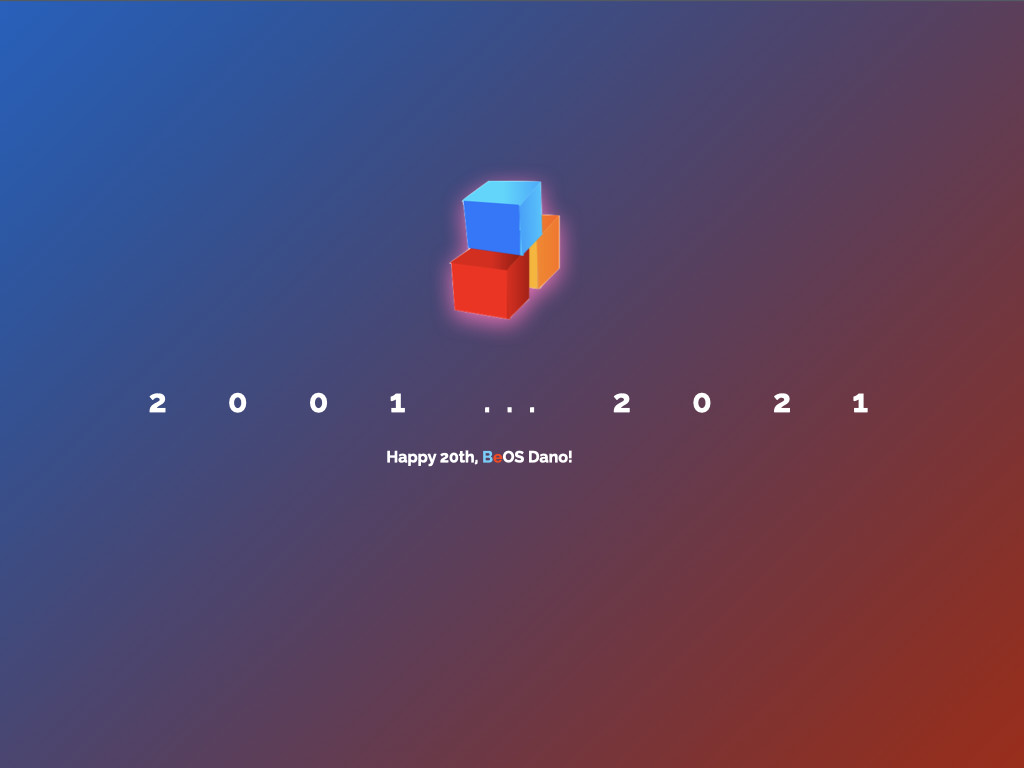 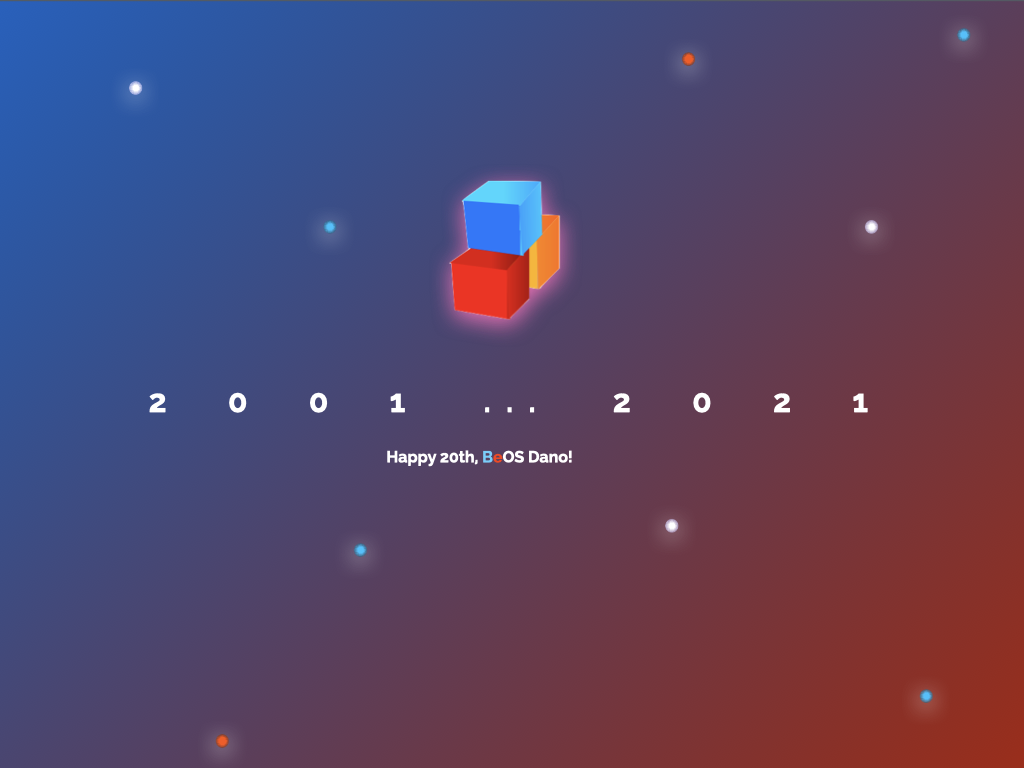 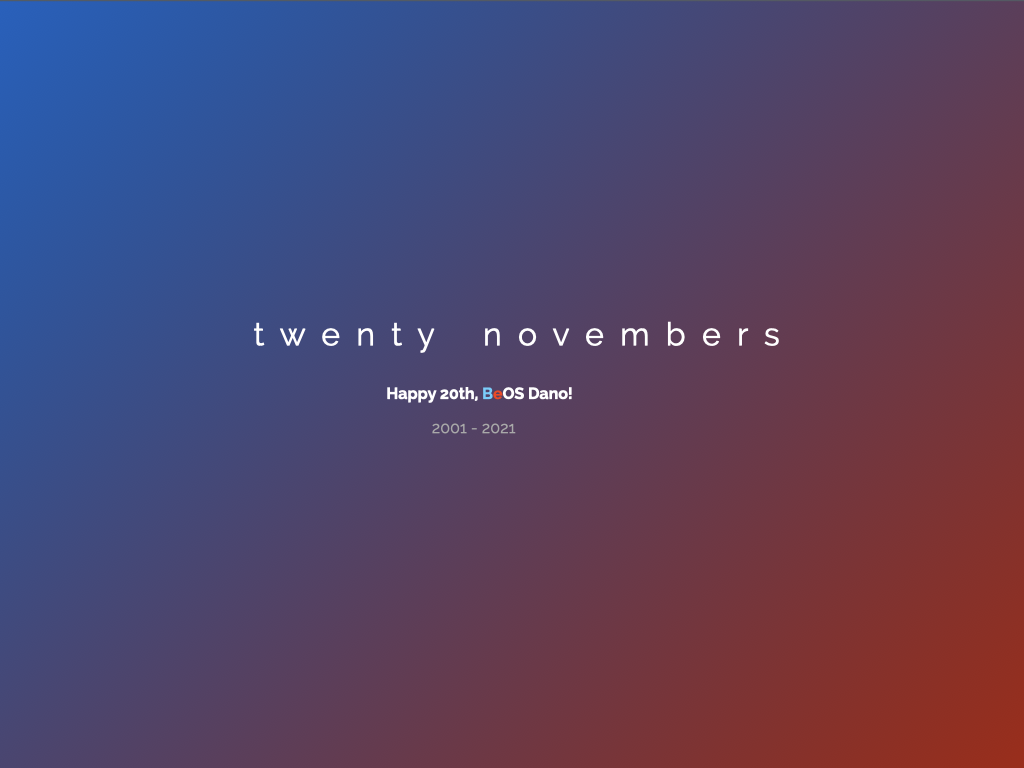 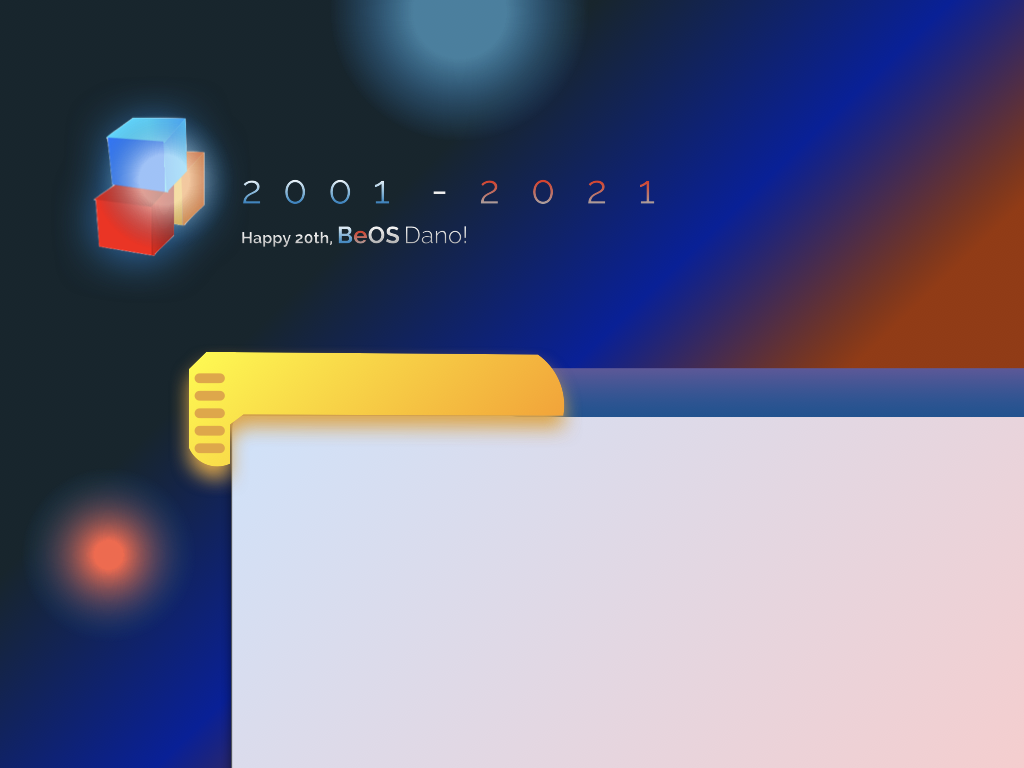 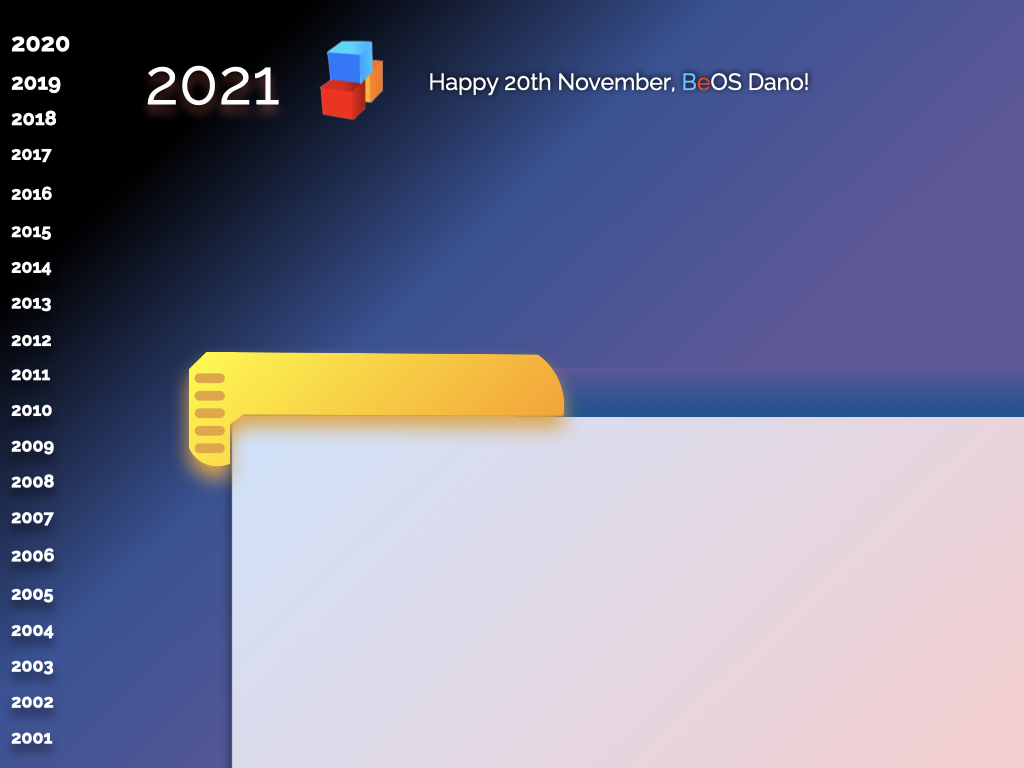 Hope everyone likes these!

Where can one find the BeOS Dano installer ISO?

BeOS is much older and Dano (Release 5.1 year 2000) the last never Release Version.

And perhaps both OpenBeOS and Zeta should derive from Personal edition. If I remember correct the only different of Pro and Personal was some Licensed things that Be payed for. I can remember wrong here

Zeta based on dano, r5.1 iirc. But it can be right that it base on personal ed., because zeta are x86 only too.

I am working on a rework of my version history

-would be great the day we get the same decorator and control look n,n for actual Haiku, very beautiful.

Zeta based on dano, r5.1 iirc. But it can be right that it base on personal ed., because zeta are x86 only too.

Pro vs PE was philosophical - you were not licensed to install on a hard drive. The fact users did was against the licensing. What you actually got in Pro over PE was very minimal, apart from the right to install to a hard drive partition.

PE was intel only because it made no sense to focus on PowerPC, as in 2000/2001 the supported Macs were 4+ years out of production by that point. And to run BeOS on a Mac requires it to be installed to a partition, so PE was not possible at a fundamental level. Most “demo”/“personal” versions of BeOS for PowerPC were time limited, older releases (PR2 came with the Be API book from O’Reilley, even though R3 or R4 was released by then.) or live CD.

Where can one find the BeOS Dano installer ISO

I think Internet Archive has one available, BetaArchive also does, there’s also this site which has a lot of vintage images http://oscollect.old-dos.ru/ but from installing it inside a virtual machine myself, it’s not easy to do since Be’s ISOs have this really weird format. I’m trying to remember exactly how I did it, but I think I installed Haiku in a VM, mounted one of the volumes from the ISO in Haiku, and created a BeOS volume first. From there, if you write the boot sector info out and run the boot manager from Haiku, the Be side should hopefully be good. Restart the VM and if you can get into BeOS from Haiku after this part, shut down the VM and create a second virtual disk (vdi, vmdk, what not). From the Be side of the first disk, install BeOS onto the second disk with the Be boot manager, which should finally give you a standalone, clean BeOS install.

UI flexibility and style was so much ahead of others!