Excellent. Once Secure Boot is turned off, Haiku Beta 2 boots right up on the Atari VCS 800. It doesn’t see the Wi-Fi, but it looks like the Ethernet is detected all right (I don’t have a cable there to find out right now). It would also seem that the sound hardware is detected, but the only way to get audio out of the VCS is through HDMI. 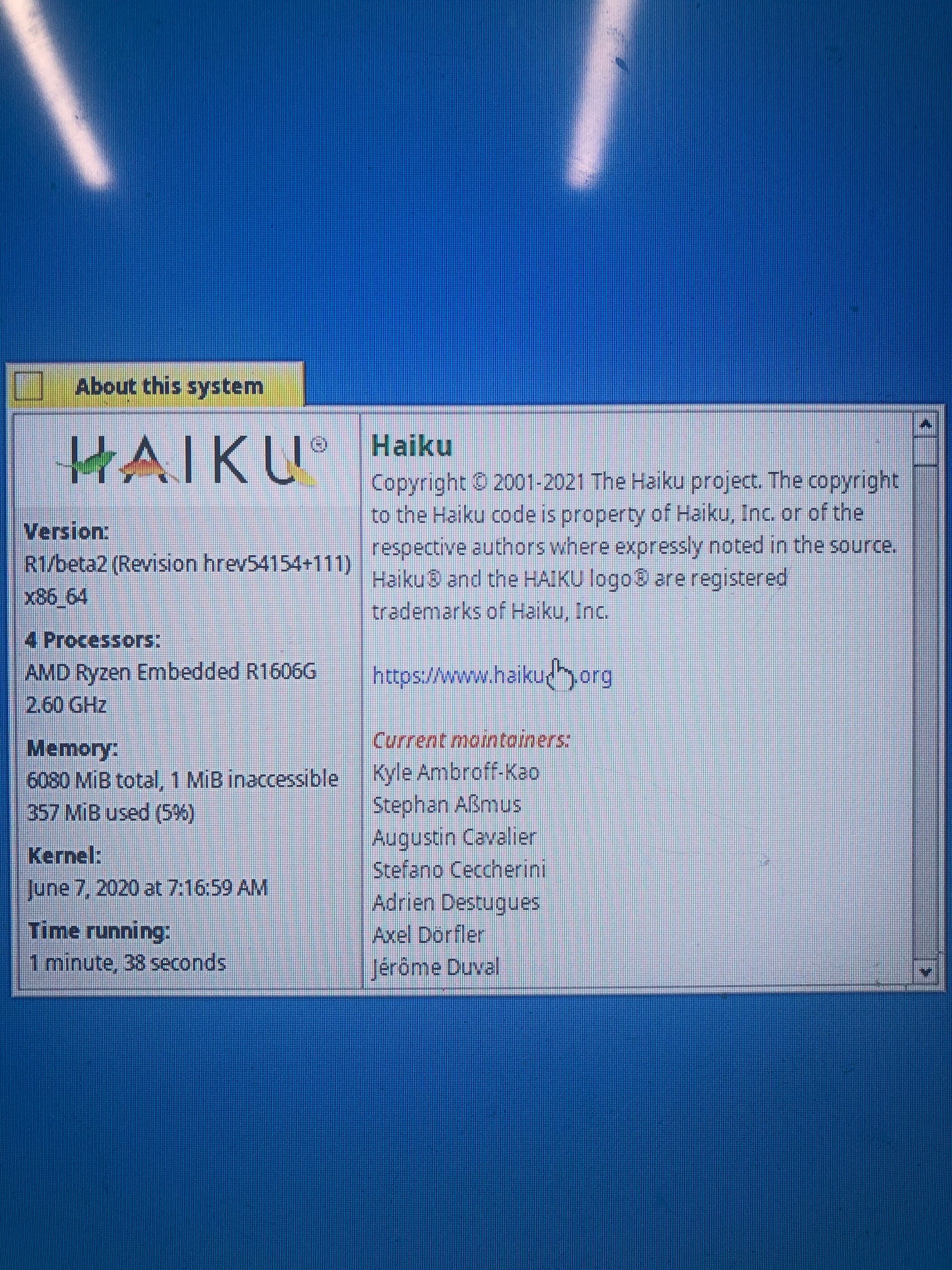 Ethernet does, in fact, work. So, that’s a plus. Here’s another picture. 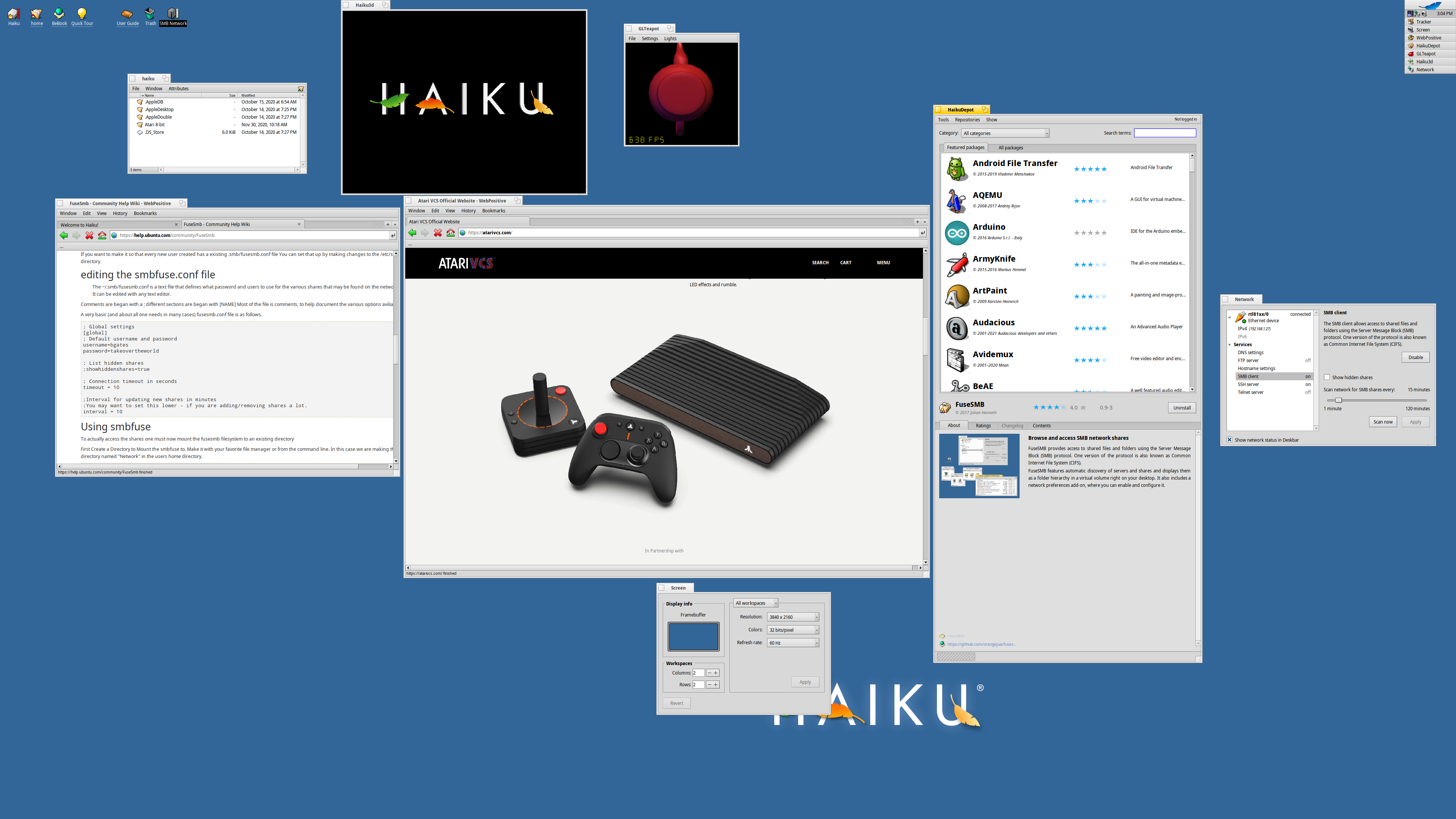 I can only dream of such a resolution on the screen

I would that one day 4K prices will be low enough for anyone to get. The TV this is running on is actually a cheap Seiki that was cheap about five years ago.

I was hoping to lower the resolution down to 1080, but Haiku wouldn’t give me that option.

Overall, though, if one were on the fence about getting the VCS, this would be another point in its favor, I think. I just wish they’d officially open up the Secure Boot option.

This does make me wonder, is Haiku ready for HiDPI screens? Does it have any form of scaling? If there is any, then how well do apps scale?

Does it have any form of scaling?

It’s been a while since I’ve used Haiku at 4K, but if I remember right, adjusting the fonts to a larger size will adjust everything else to scale up, too.

It’s been a while since I’ve used Haiku at 4K, but if I remember right, adjusting the fonts to a larger size will adjust everything else to scale up, too.

Yes, that’s all what’s needed. The layout API and code in apps then take care of scaling things up. It does not work for old BeOS apps which were not using this API and had instead hardcoded pixel sizes. But everything else should be fine.