I have a PC Pentium 4 with 512 MB Ram . I know it may sound very old but believe me many many people in poor and developing countries have such machines still in use .

I was out of luck for Operating system for the PC as Windows and Linux are no more the choice (They have become more resource hungry these days) .

It’s a neat idea actually. However, we need marketing people from such countries that would help market Haiku to local authorities.

I am not sure that, that many people know about Haiku to consider it a replacement operating system.

You don’t see to have heard of Wary Puppy.

But I do agree that targetting old computers would be a useful strategy for Haiku. Once they are used to using Haiku on their old machine, people would be inclined to use it again when they are lucky enough to get something more modern. 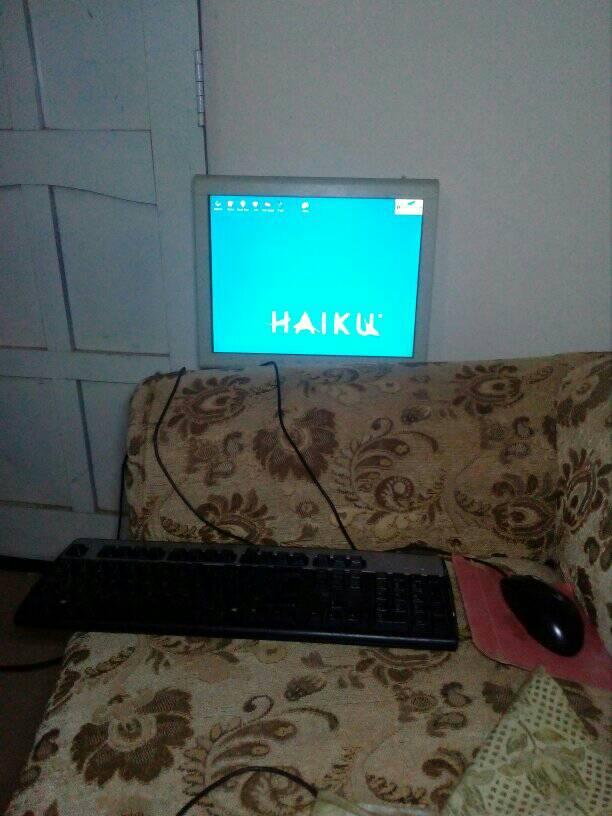 Maybe one should check if One-Laptop-per-Child of sub 100USD laptops still exists in any form and if that hardware could be set to boot BeOS/Haiku?

As I think I have said before such a machine doesn’t just sound old, it IS old. Having 512 MB was sort of standard for low end machines in 2004 (16 years ago). In practice, a lot of the time having a full GB of ram was a big step up for real usage. Even Windows XP ran a lot better with 1-2 GB ram. Is it really that hard to get ahold of some Core 2 Duo hardware? That’s hardly new itself, but should perform better than most old P4s.

There is no reason for the Haiku developers to focus on that market as that it not the primary purpose of Haiku. That said, I am all in favor of keeping the operating system itself as small and light as can be achieved without undue sacrifices.

Tangentially a full base install of the latest Linux Mint 20 (64-bit only mind you) only uses 600-800 MB. That may sound like a lot, but once you factor in the DE (desktop environment) and background services on top of the OS it’s actually fairly lightweight. In reality it’s not the OS where most of the resources are required. though, it’s the DE and users applications. A minimal install with only a CLI interface is even lighter.

If you’d like to see it in use elsewhere you should consider promoting it to friends and family. Whenever you or they hit a snag then is the time to come to developers and ask if something can be done about your/their problem with X app, Y feature, etc.