Since Wine is ruinning with the X11 compatibility layer, what happens when you run DXVK? Could it work with X512’s RADV acceleration to make playing Windows games possible on Haiku? 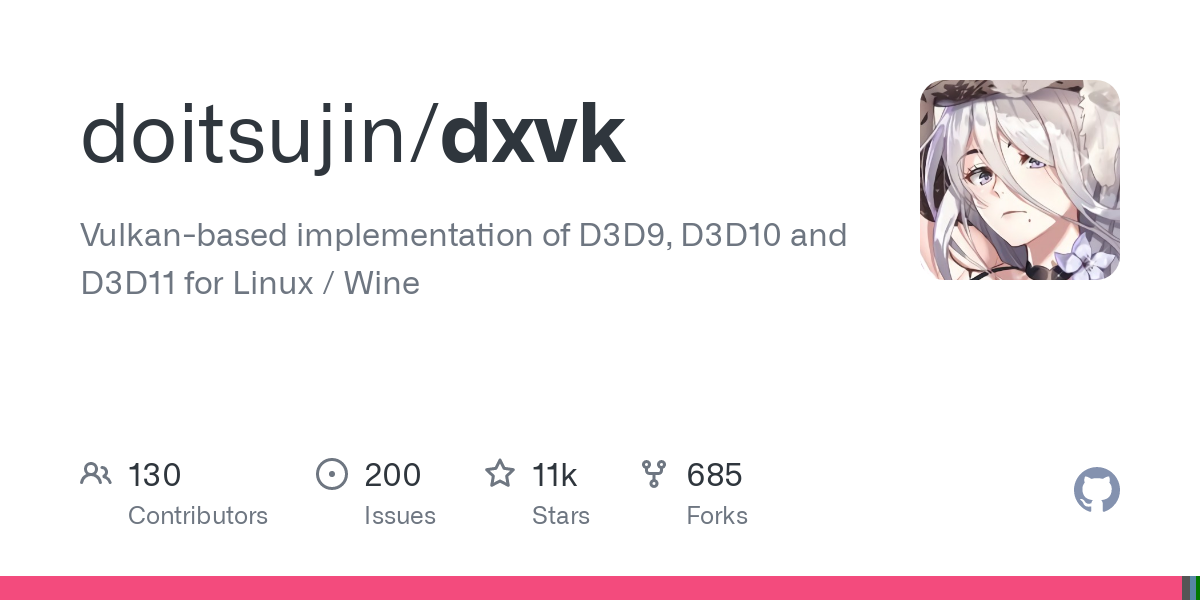 Since Wine is ruinning with the X11 compatibility layer

No, it runs with Haiku native winehaiku.drv windowing driver. It implements Vulkan support, but no OpenGL yet.

Could it work with X512’s RADV acceleration to make playing Windows games possible on Haiku?

Mesa RADV need RadeonGfx to work, that is not yet published. I plan to buy Radeon GPU of newer generation soon to extend and test driver GPU support.

It is also possible to run DXVK with Lavapipe software renderer. DXVK binaries are available here: https://github.com/doitsujin/dxvk/releases. DLLs need to be copied and substitution settings need to be applied.

Have you tried running anything under DXVK with Lavapipe? I’m sure if a CPU is decent enough it could run some simple D3D9 games.

No, it runs with Haiku native winehaiku.drv

Any chance of winehaiku.drv and your other work being upstreamed? It’s cool to see a new driver “winehaiku.drv”, it seems like a brilliant and elegant way to make Wine draw native Haiku windows.

Any chance of winehaiku.drv and your other work being upstreamed?

Is it really important? Wine project have ancient development practices like accepting patches only with mailing list and only C89 (!!! no even C99), no C++ generally accepted. This is also one of reasons why DXVK is a project separate from Wine, it is written in C++ and already outperforms Wine C code. I don’t want to deal with that.

Wine is written entirely in C. No C++ code is allowed. Furthermore, C code must be recognizable by all sane compilers, including notably the Microsoft Visual C compiler. In practice this means code must conform to C89, with some C99 features allowed. To be somewhat more specific, we allow inline functions, variadic macros, and designated initializers, but not variable-length arrays or mixed declarations and code. We also do not use C++ comments (i.e. those beginning with //).

I was thinking that upstreaming might result in less work for you in the long run to keep Wine for Haiku updated. But it does look like some of their requirements are annoying (especially about the comments).

winehaiku.drv is quite standalone component and I think it will be not so difficult to maintain it independently from Wine project. Some Haiku runtime support patches can be upstreamed (ntdll etc.).

I hope that this will be possible for you because modern radeons for me at least are not working “Black screen” and that’s the main cause as i can’t use haiku as my daily driver operating system . But hey, i am impressed with all of your works (Xlibe/Wine and Videostreams).

Blacklist the hd_radeon driver or use fail safe video. Both my Radeon 5600XT and mobile 6600M require a blacklist (for now).

I know this but i prefer to stay here when the driver gets more work i assume that i will install haiku. For the contrary i have here (the computer from i am writing ths replay is an old intel 2nd gen i3-2120 which has an AMD Radeon HD5670 which works correctly (correctly when I was able to flash the bios to have a UEFI GOP [with the original vbios the screen was constantly flickering like a car turn signal]).

Donate some money to the cause !!

Apologies for the bump, but what would be required for me to get Wine set up on Haiku so I could try out the lavapipe SW renderer?