Here is in trouble when I boot from CD drive on a fujitsu Siemens Amilo. haïku r1beta2 iso is burn on a DVD disk. 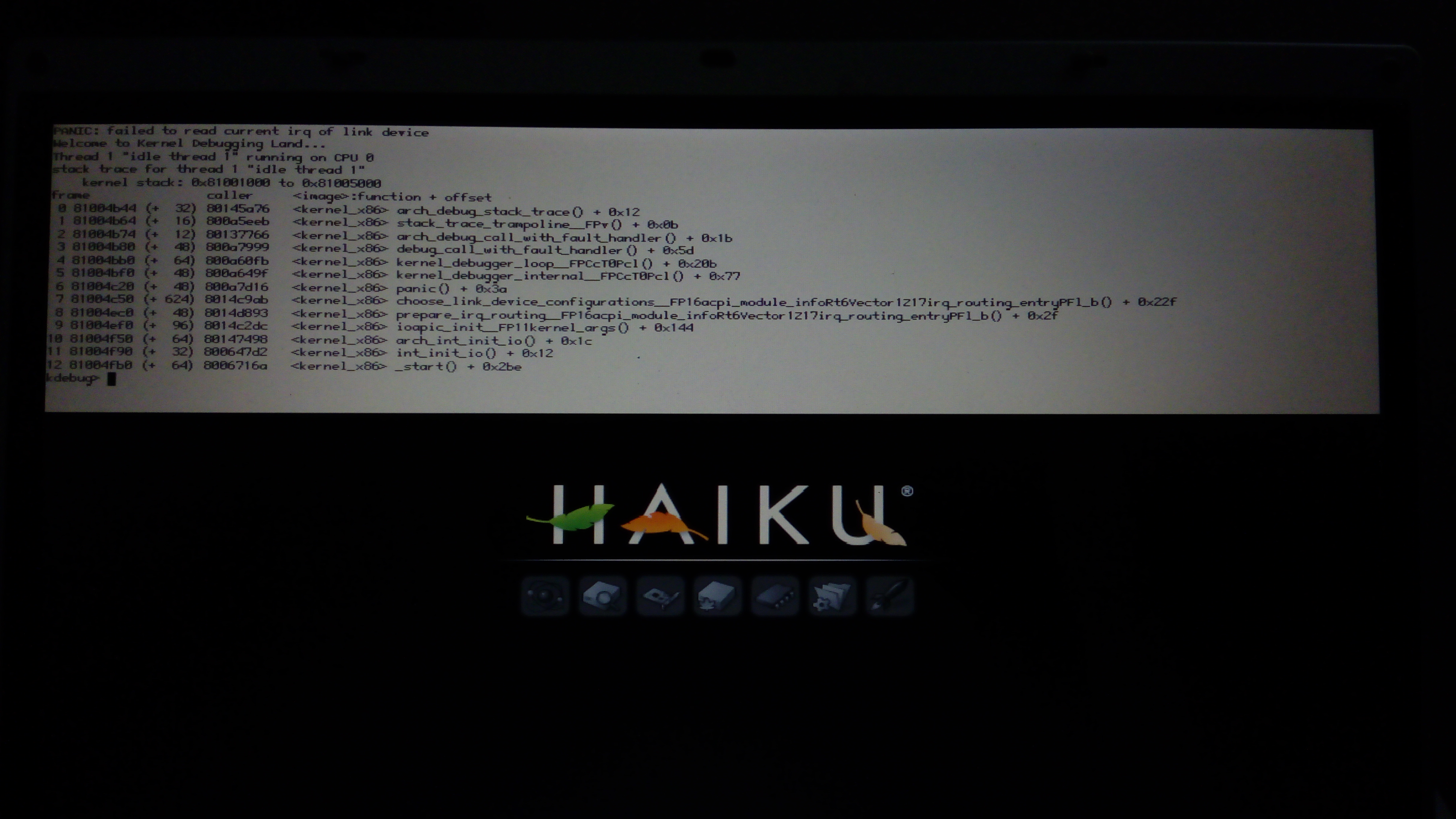 I think you can disable IO APIC from the boot menu? 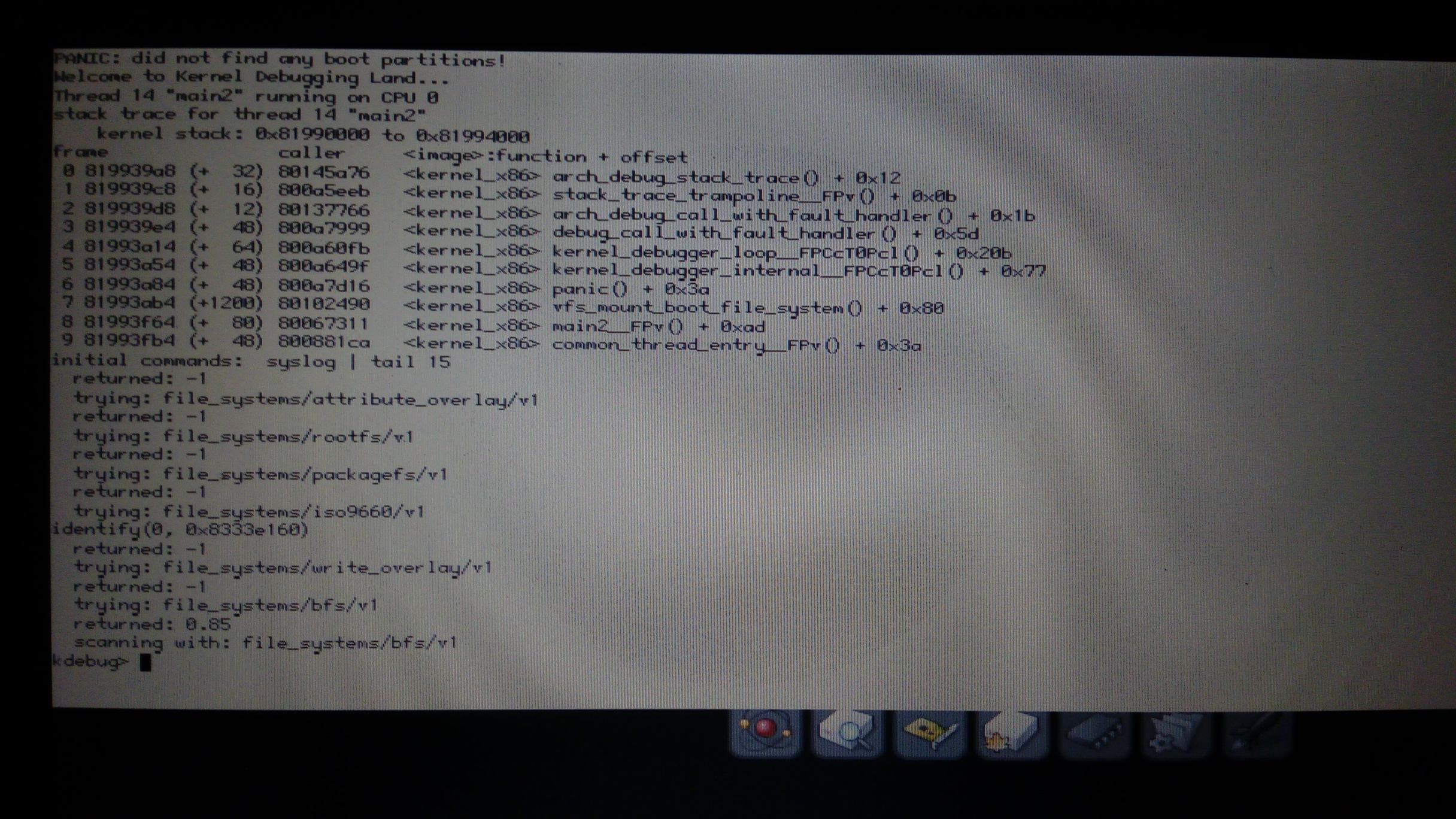 I have trouble on my amilo too, the problem is the wifivcard. You need to Blacklist it.

I made a USB pendrive for installing but same trouble as DVD but that make enable blacklist entry.

I don’t find wifivcard in the blacklist entry…About wifi. I have find this:
install-wifi-firmwares.sh that’s it?

I have this one in amilo

I have diable all intelwifi version from thé path you give and IO Apic too. That’s donne it… 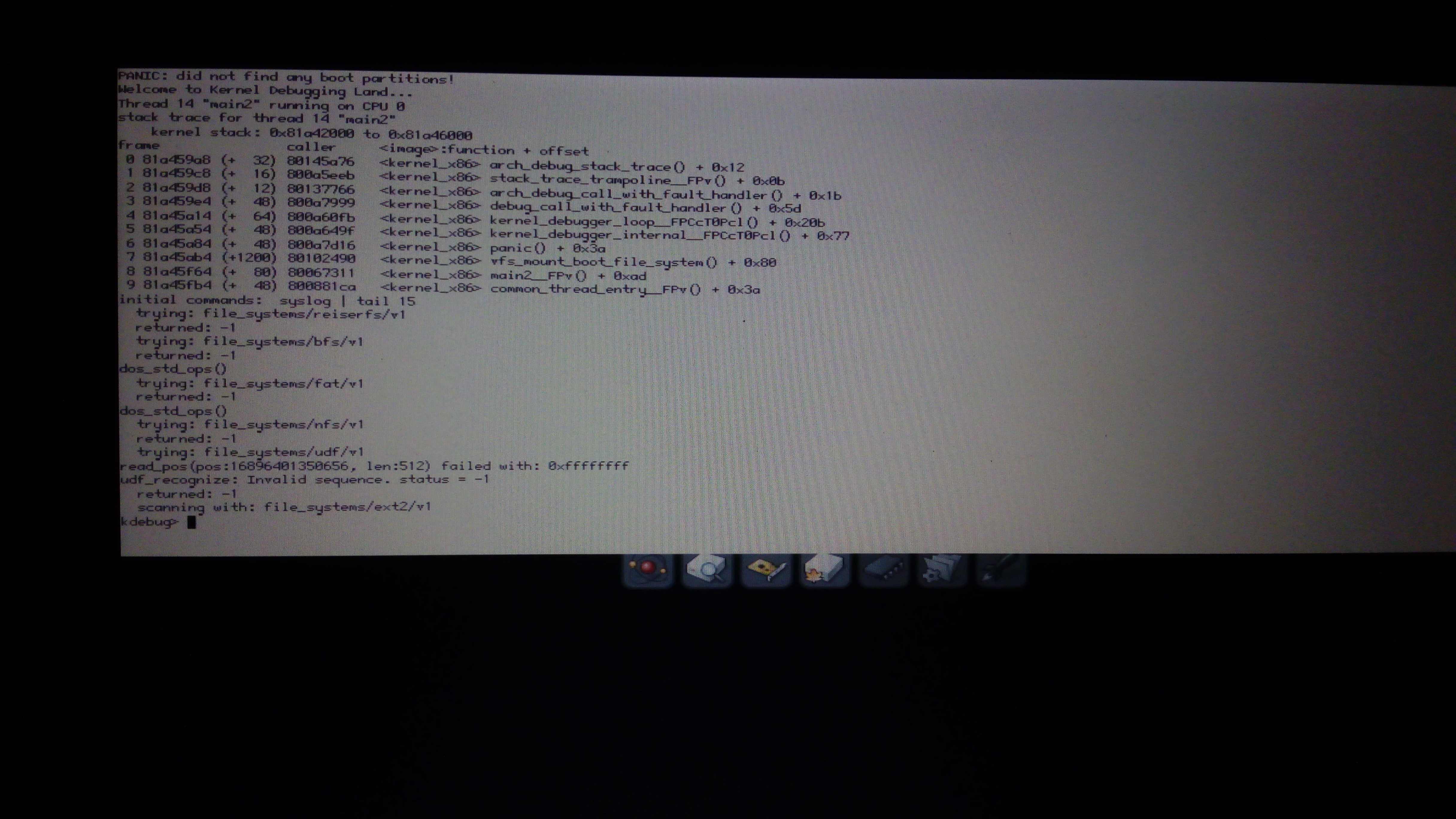 Is it à trouble with m’y HD drive format ? I have ext4 partition on it

It looks like you have a non-standard SATA or IDE controller for the CD drive. Maybe try switching between AHCI and IDE/Legacy mode in the BIOS? It’s hard to tell without more precise details about the machine.

I have attempt to use a USB key and I have the same kind of trouble…The only special option in the bios is “Intel xD Support”—>I can enable or disable it.

That’s super low-res, but it appears to show that at least on some models in that line, the ‘Advanced’ tab in BIOS contains options that control the behavior of the SATA controller.

It’s common on a certain era of systems to have a BIOS option to switch between Native SATA (aka AHCI) and some sort of IDE Emulation/Compatibility mode that makes the SATA controller act like a SATA->IDE converter relative to the OS.

You probably don’t need to bother with the ‘Intel XD support’, it’s just Intel’s name/terminology for the NX bit (No eXecute Bit, eXecute Disable, feature which allows OSes that support that to mark memory regions as executable or non-executable…

Hi maybe I must flashing my BIOS cause I don’t have this option for now…I will see for upgrading my bios, but I must be sure of the firmware for not crashing the laptop. There are a lot of Amilo. Mine is L7310GW model.

So it’s the Sata Hard Drive support of Haiku that is not compatible for now with this laptop computer?

So I have attempt to install Haiku 64 on an other Laptop and it was a successfull installation. This second laptop is a Toshiba Satellite and Haiku seem fast on this one it’s a good news for testing it…But no sound for now…Solved by blacklisted hda and OSS drivers.