So, I finally got my Powermac 9500 out of storage. 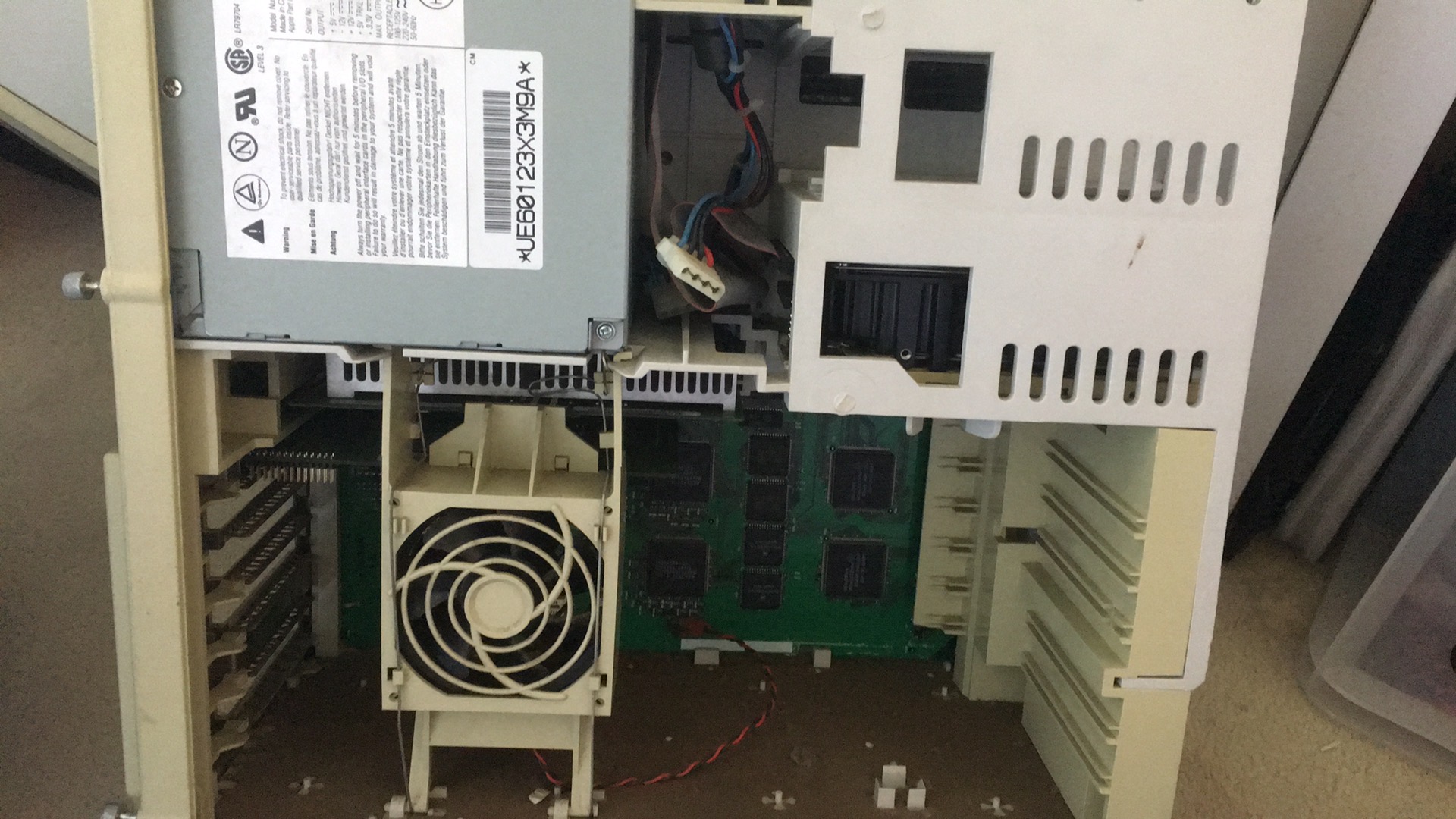 It “works” to a fashion (it has issues, but so far it has successfully booted a number of times.) But initially it needed some love, so I basically needed to reseat all the ram, processor card and PCI graphics card. Anyone who has ever had the (dis-)pleasure of dealing with a 9500 already know where this is going… reseating the RAM involved gutting the machine. Nothing I have never done before, but that was before all the plastic degraded to the point where is was brittle and broke off just by looking at the case funny. It must be said that he more I did, the more bits of plastic I ended up with on the floor!

I did however manage to get it to boot in to BeOS, and I will hopefully (gods of old electronics being favourable) do some follow-ups in this forum about my new (old) powerpc adventures. 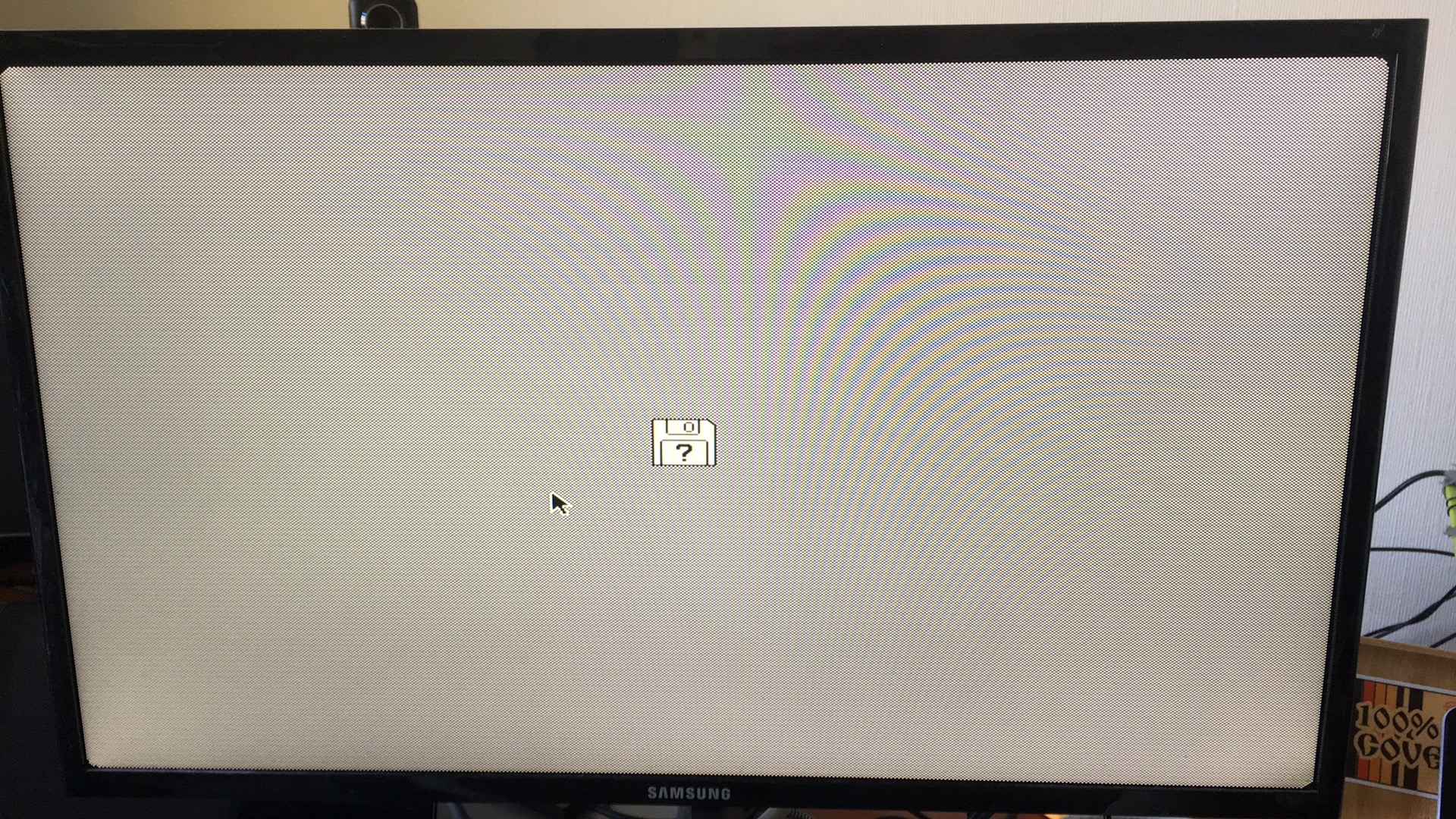 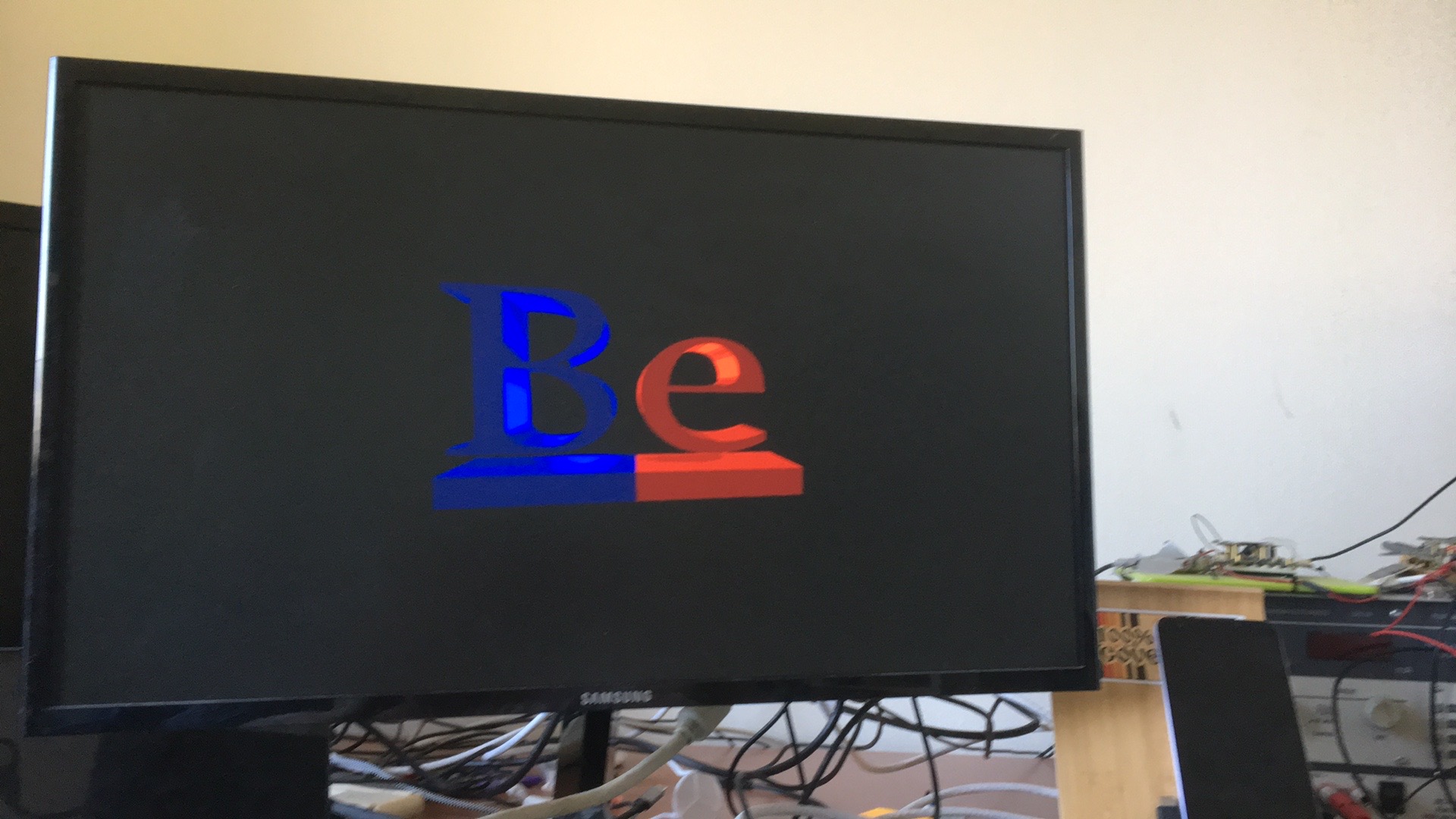 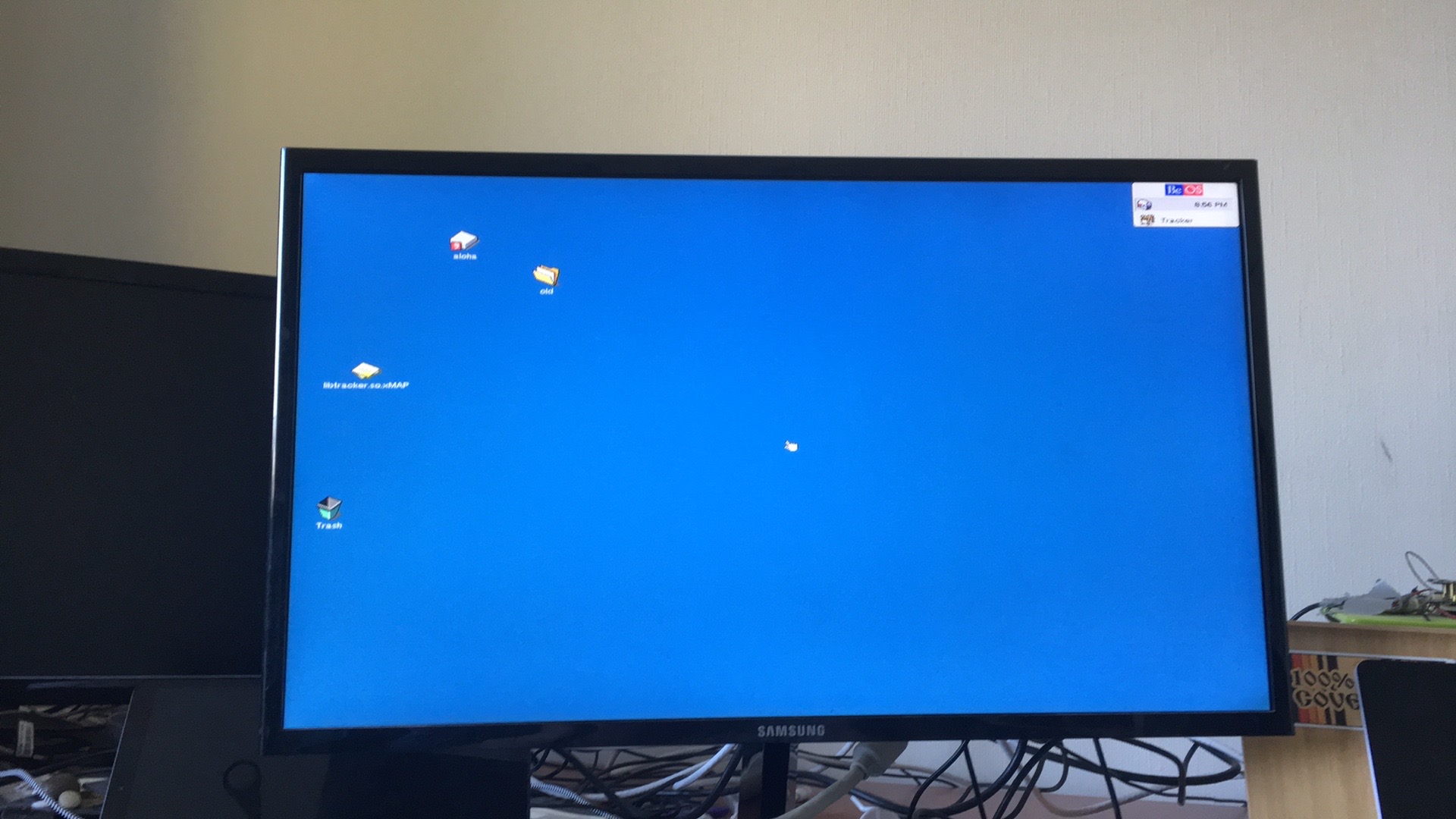 Oh - I forgot the main point… the sad tale… Why, why did Apple use plastic? And why this type of plastic? It hasn’t aged well at all. The machine is actually held together by luck rather than anything else. The storage location wasn’t ideal and a lot of the shielding in the case appears to have corroded… but the plastics are on Apple. This machine was poorly designed in the first place and the case is going to fall apart fairly rapidly if I need to open it many more times.

I’m tempted to build a new case from modern materials and make it more likely to last longer. But as the machine is probably not likely to last another 5 years, I’d be reluctant to make that much effort. The only blessing is that the only big electrolytic capacitors seem to be in the PSU.

Really excited about all your Power Mac adventures!

Why, why did Apple use plastic? And why this type of plastic?

As a mechanical engineer from plastic industry let me interject for a sec. Plastics engineering is hard, plastics are really sensitive for environmental properties and the polymer-chains will degrade pretty fast in bad environment. They don’t like direct sunlight (UV light), they don’t like changing temperature, etc-etc. Also it is a 25-26 years old machine, results of a basically a 1/4 century old technology and material-science. It is not realistic to expect more than this.

Telling this not because i admire apple, but because this is the truth.

Also it is a 25-26 years old machine, results of a basically a 1/4 century old technology and material-science. It is not realistic to expect more than this.

A lot of 70+ years USSR plastic is still fine.

Let’s be honest, if they had (for example) used a metal bar to hold in the PCI cards (as some HP and Dell machines did), they would have solved that one issue. With stability, the graphics card would not now be being held in place with blu-tack (I kid you not) as it can only go in the first slot otherwise BeOS won’t boot. MacOS doesn’t actually care if the slot changes. BeOS seems to require it to be the top slot. I will probably find a better solution, but for now it is the best I have to hand. (As clarification, a lot of Macs or this vintage had onboard graphics. The 9500 does not, and requires a PCI graphics card. I have an IMS Twin Turbo, which in BeOS support terms is probably one of the best options. It is a pretty decent card.)

The rest of the plastics are not as important (well, the power switch is, but I just fixed that with some hot glue.) But a wobbly PCI graphics card understandably makes for an unstable system.

They were made of a different kind of plastics. Really. But nowadays those are either too pricey, or not situated for that kind of production process, or their usage (or compounds used during the process) is not advised because human or environmental safety reasons. Or it was just simply overkill designed back then, so it survives 100 years but nobody with sane mind and without a good reason would design it that way.

Nice blast from the past. I still have a PPC Mac Clone (Umax Apus) here, without clock battery and without HDD and keyboard. If someone is interested in such kind of machine I would be willing to give it away…

I do know of someone that might be looking for such a machine. Especially if it was one of the clones that was BeOS compatible and as a bonus, also included PS/2. I’ll PM you.

Is it possible to emulate such hardware to run PPC BeOS?

Good question. The best thing would be to emulate the BeBox as it was a lot more like a regular PC in hardware. I don’t think any of the Mac emulators emulate enough of the hardware to get BeOS to boot at the moment. There was a MAME emulator that someone started for the BeBOX. I don’t think it got past the boot menu though. I think there might also have been an attempt to use QEMU.

If somebody had the skills to create an emulator, that would be an amazing way to keep stuff like this alive. I think I’d be fascinated in being involved, but I probably don’t have enough of the skills to get it started.

But then again, to be honest - if there was a PowerPC based Mac emulator, that might be able to be made to boot BeOS. There was a hack that allowed you to use a small boot loader based on a MacOS 8.1 boot floppy written to a hard drive that runs the app that loads BeOS from MacOS immediately (rather than the boot menu.) That way you only need the minimum of MacOS to boot BeOS.

It might be possible to use the BeBox boot ROM to bypass needing to partially boot MacOS before you can drop in to BeOS.

Whatever Emulator would need to either emulate the BeBox or an old world PCI Mac with 603/604 processor (G3’s might work too, as some upgrade cards were supported.)

Edit: One of the QEMU issues is that it doesn’t support MacOS 8.0 - 8.6, and BeOS requires a version between that range to set up the hardware to boot. The Mac boot process for BeOS relies on the hardware having been initialised. The bootloader is a bit like the one that Linux also used. It hijacks the hardware and reboots in to the new OS, but you need to begin to boot MacOS for that to happen.

Okay that sounds like it is in the C500 family and so has a good chance of being supported. Do you know if it still turns on? Also, where are you located? Are you sure you don’t want to become part of the BeOS PowerPC elite?

I have too much retro stuff here, 6 Amigas, a PowerMac, a PowerBook and 2 old Intel PCs (one for BeOS and OS/2). I never really used the Umax, so yes, if someone is really interested, I would ship it.
The box is located in Germany, near the city of Wesel, my parents home. I would take it to me and test if it still turns on and also if BeOS boots.

I agree on the plastic side of things, I have a 6100, not completely in pieces, but the metal work is great, cutting edge even!

The Umax C500/180 is supported, but not as far as the earliest releases, the dr8.3 cd case says it’s not compatible.
It should work with PR1 or PR2 onwards.

I have a C600, it has problems just starting up, those 4.5v Rayovac batteries are bad to deal with.

Got this in the mail some time ago, i’ll need to scan some pages… 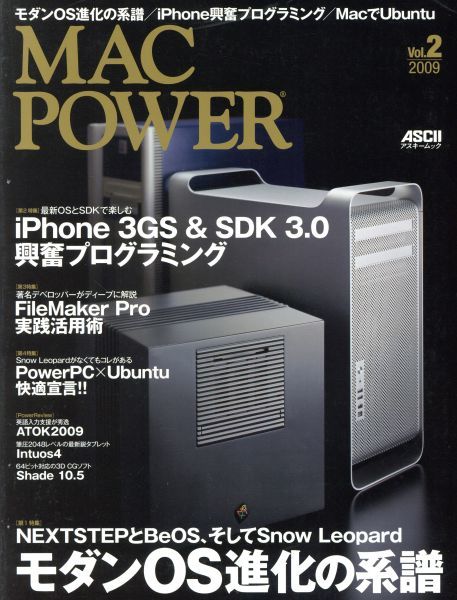 The next struggle is making a new install as the R5 install I have is messed up. The CD drive is very unhappy and won’t read or boot from the R5 install CD (it’s an original) and even installing GoBe Productive from the CD was a bit fraught (the installer seems a bit corrupt, but did install something that seems to more or less work.)

I’ve extracted the R5 PPC image from an ISO I found online. This was using ISOBuster. I’m hoping it will mount or maybe I can write it to a partition. I did get a burned copy to mount once, but I then decided to try to boot from it and it never mounted again. The drive can read the ISO9660 part, but the raw BFS images are blowing its mind. Weirdly my R4.5 CD (also original) mounts and I can see the BFS images. I guess something is different about the R5 version?!

I’ll let you know how it goes after I’ve FTP’d it on to the Mac.

EDIT: so, ISOBuster managed to pulloff the data, but the nly way I could get it to mount was to use the “convert to user data to iso”. That mounted in BeOS PowerPC and I could get at the files.

So, on a mission to get more stuff ported to PowerPC, I found my copy of CodeWarrior for Windows. It has a PowerPC compiler and linker and in the past I’ve used it to build simple BeOS PowerPC apps. My plan is to see if I can get some simple command like apps compiled. (I do have the Mac version, but I think I don’t have a Mac that would run it - well maybe an old G3 Wallstreet Powerbook, but that runs at best Panther through XPostFacto.) I really want to get VSCode working as I did a bunch of cross compilation for the PSP using it recently and it is easy to set up with a new tool chain.

I need to see if I can get Git or something like that working to do source control. Or it’s CVS at best… no one deserves to have to use CVS…

Slightly off-topic, but related to PPC. This guy found and fixed a long standing Ram bug in Sheepshaver. I haven’t dusted off my BeOS modded PPC to test it yet.

When you have too much memory for SheepShaver

Nice! My Mac only has 120MB RAM so I feel like this isn’t going to hit me… good to know though.