Apple announced the move to Apple Silicon: no more Haiku on Mac?

This week at WWDC, in a move similar to the one it did in 2006, Apple has announced it will transition its Mac computer lineup to its Arm-based in-house processors. The development box is based on same chip used by an iPad Pro. The first commercial models should be available later this year and the transition is expected to be fully completed in two years.

It’s still unclear how virtualization and emulation will perform on these new machines, but it seems that the Rosetta 2 emulation/virtualization layer won’t support all x64 instructions, so it’s possible we can’t run alternative operating systems in virtual machines or that they’ll have slow performance.

Not clear at present if they’ll even allow you to boot other OSs, as far as I know…

Right. Probably they won’t. But even virtualization will be impacted, it seems.

Rosetta 2 is not how you would run a VM though. Surely you’d use VMWare or VirtualBox ported to ARM, and they would need to deal with the emulation layer. Apple claimed that the virtualisation they provide will allow Linux etc to run, so if that is X86 or X64 based Linux, it can’t be so limited.

I don’t think I would buy a MacBook with an Arm processor to run Haiku anyway. The Mac will go back to being a commodity platform and those that want to run weird and wonderful OS will need a second machine I think.

I wouldn’t buy a MacBook to run Haiku, but I certainly would like to be able to run it (even if in virtualization) on any laptop I use. And for the last 14 years, it has always been a Mac. Haiku is cool and so, but unfortunately there are some areas which still require another OS.

Maybe, but I see Apple’s making their own ARM. Isn’t that already one of the problems with ARM as a hardware platform - all the different variations that you have to take into account, if just any old ARM laptop is going to boot Haiku? (Correct me if wrong, I don’t follow this stuff very closely.) If Apple is just adding another one that won’t be used in anything but Macs, that may not have much impact.

The recent ARM architectures have been worked on for more consistency so it’s getting better, also Mac will still likely use EFI so…

The whole keynote was on A12Z Bionic…

Haiku can only benefit from improving its ARM port. It can easily fill that niche spot where a lightweight OS is needed on common ARM hardware.

And you’d probably be right. x86 emulation in software is attrocious, the performance hit is enormous.

Edit, according to Icculus it will be an amd64 emulator… But my guess is that won’t be opensourced. I’d love to be wrong, but we’ll see.

I don’t understand but what is the point of running Haiku on the latest Mac after all? Of course you are free to install whatever you want on your Mac, but I found it’s unreasonable. Haiku should be for the old Macs, which are still Intel based. Why have to worry about the new ones?

Don’t get me wrong. I know Haiku is a good OS but it’s completely unreasonable to replace MacOS with it at all. Haiku doesn’t even have a modern web browser. In which way you think it could be used as a daily driver OS? If I have to replace MacOS, I will choose a Linux Distro.

In case you desperately need to have Haiku on Apple’s ARM, there are emulators like QEMU, but the performance of course will be degraded.

In which way you think it could be used as a daily driver OS?

Because there are some people doing it already, including myself. I’m not a mac user however

Then your working stack would be very different from me. I spend all of my time before the computer working inside a web browser. I could say the web browser is the most important part of a system for me. It’s unimaginable for me to think about using an OS as a daily driver without a full featured web browser!

I have my reasons for wanting Haiku to run properly on Mac, at least under virtualization. For instance, I have been working on user interface translation for Haiku and several third-party apps. Being able to run those apps is essential for me to be able to keep contributing.

The Haiku operating system can’t be my daily driver yet, but I would like it to be, as an open platform with an user interface and an overall philosophy that I like. Meanwhile, I would not like to be forced to migrate to a Windows based computer, when all my current stuff is just working on the Apple ecosystem. The costs go well behind the acquisition price.

So you are developer. It’s reasonable now. If your Mac is powerful enough, QEMU is always there, the performance will be fast enough for you to do your translation job.

On Haiku, I am just a translator. But outside it I am a developer, so being able to run different operating systems is a plus. I am afraid that QEMU will have poor performance, but I guess we will have to wait to see.

Of course QEMU will have poor performance. But if your Mac is fast enough it’s acceptable for the translation job. If you are a developer, then you should have another x86_64 powered high performance laptop running Linux. Why put yourselves into trouble? 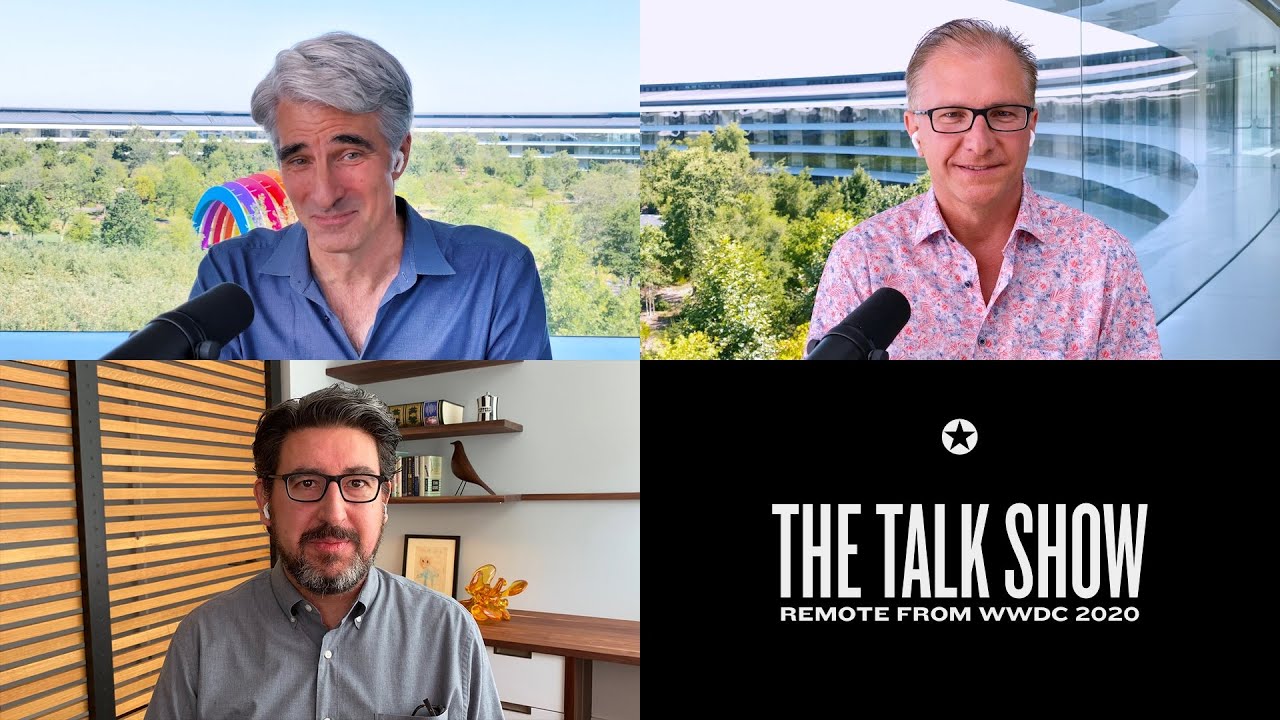 Daring Fireball's John Gruber typically hosts a live episode of his The Talk Show podcast during the week of WWDC, featuring high-level Apple...

This explains some stuff.

Because there are some people doing it already, including myself. I’m not a mac user however

And I’m aother one of those. But I must say I’m a mac user (during office hours at least). With a more flexible browser and Docker I could eventually do my everyday job on Haiku as well, but I’m not sure the IT department would avail my choice, there