Another video review of Haiku

Here is a 1hour review of Haiku I found on Youtube (released yesterday): 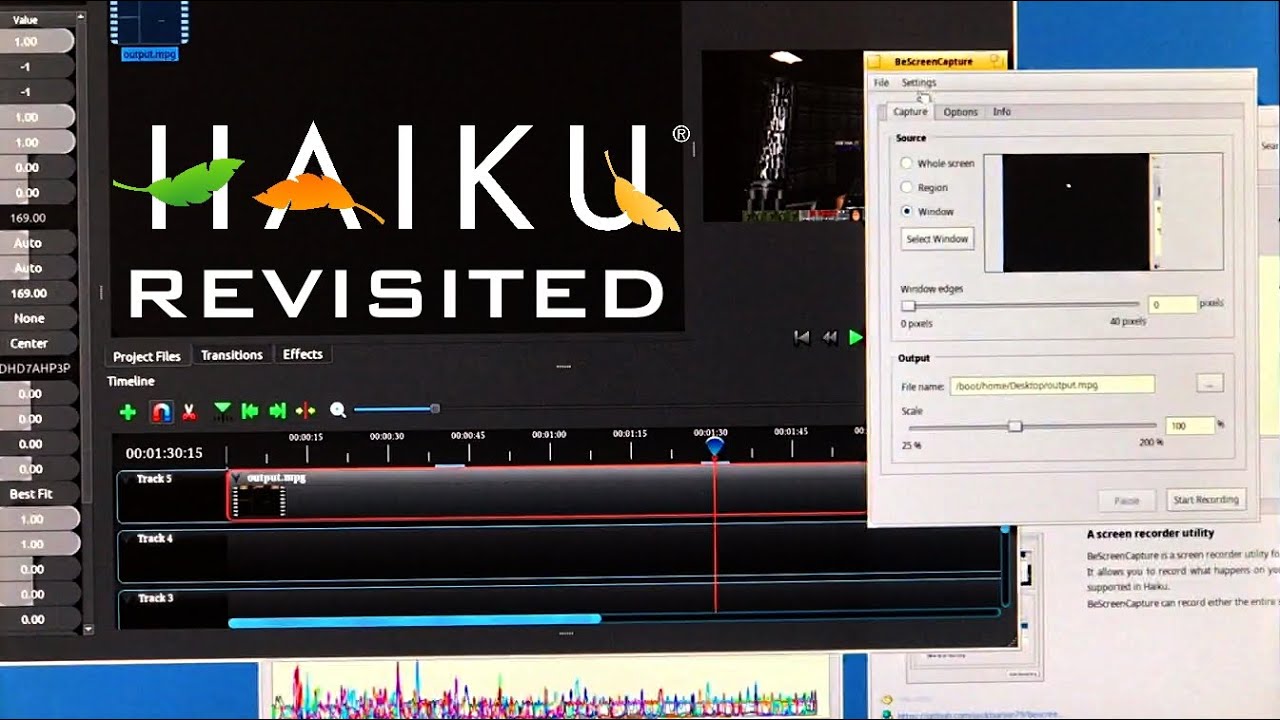 I’ve seen this guys videos before, he’s cray cray but funny. Didn’t know about this at 26:56 mark!!

That was an entertaining, albeit long video.

At least in the reviewer’s case, it shows that daily use relies heavily on the browser. Besides games (though he won’t find many modern ones for Haiku), it’s almost all he needs.
I feel like he’s missing out on almost everything that makes Haiku nice to use. A bit surprising that he comes away very impressed with Haiku anyway… I suppose he’s just an adventurous soul.

I wonder if his appreciation would grow even, had he at least quickly run through the QuickTour linked on his desktop to learn about S&T, workspaces, drill-down navigation and other cool features. Doing a bit of exploring to discover a new OS makes using it much more fulflling than just trying to run the same apps as on your regular OS.

A few issues that he run into have already been resolved in the nightlies (the AppServer crash when watching YouTube videos, and boot stuck on rocket icon on Intel Extreme video).

There were a couple of other issues which are legit:

A common problem is that users dont read a manual, they jump right in and are frustrated when things dont work as they expect. Even though there are better ways of using a computer, users fail to learn the alternatives. I remember when I got BeOS R4.5, I bought the BeOS Bible on the same day and took my sweet time to read all of it in order to learn BeOS properly. There is no easy way to address this issue since people dont take time to read.

A bit surprising that he comes away very impressed with Haiku anyway… I suppose he’s just an adventurous soul.

There is a previous video about ReactOS which is about 40 minutes of trying to boot it on various combinations of hardware, not having the keyboard working in the installer, etc. By contrast, Haiku is impressive

Is it? There are two tickets open about it.

he couldn’t unmount a drive since it was in use. However, the dialog was not helpful in identifying which file was in use or offering a “force unmount” option.

There is one, but it fails anyway. We should make it “force” more.

A common problem is that users dont read a manual

He does use it to find Installer at some point in the video. Having the link to the manual on the desktop does help

The video does show that most activities done on a daily driver these days is in the web browser. While there has been much progress made with WebPositive, IMO these web-dependent usecases may only really be addressed to a significant margin by having either Blink or Gecko web engines available on Haiku.

WebKit is unfortunately, hindered by it’s slow adoption of web standards (e.g. audioworklets, Media Session API, etc.) compared to the other two. A lot of this is on Apple, but even more is due to many websites developing primarily for Chrome (and Firefox sometimes). Thankfully there is a QtWebEngine (Blink) port in progress by @KapiX, although IDK how far it’s gone since this video.

As for some of the other usecases in the video, they’re simply caused by Haiku being a relatively niche OS compared to the big three of Windows, macOS, and Linux. Having Wine on Haiku may help somewhat, but I am not sure if it’s even viable to any degree. With regards to content creation, Haiku has great potential to excel in this due in large part to its adherenece to BeOS concepts. However, this is likely far from being realized until there are working GPU drivers; a lot of modern-day content creation is GPU accelerated (except audio work), from image editing (especially extremely large images) to 3D work. There are some plans for doing this IIRC, however Haiku needs more driver devs for any of them to properly start.

With all that said, Haiku is much farther along as a daily driver than most niche or hobbyist OSes. The decades of work on it is finally beginning to pay off and it shows, especially for an OS that doesn’t have roots in historical Unices like BSD or Solaris. It just needs a couple more things before it can start to become viable with more people.

I had problems with my Haiku laptop in the summer, and stopped using Haiku for a while (though I have still been logging into the forum). Having recently got things going again I have been very impressed with the number of small improvements made over the past few months which together make using Haiku much more pleasant.

Webpositive now works well most of the time, but what really impressed me was how many good applications have become available. Subject to further browser improvements, there is now enough available for Haiku to fill all my leisure computing requirements. And that means apps for office functions, plus audio, photo, and video-editing. On the basis of what I have seen so far, all are pretty good.

Which leads me to Wine. I do have one work-related app which only runs in Windows, and which I absolutely need. Wine (and an improved browser) would enable me to abandon Windows completely.

I think it was stalled. https://gist.github.com/KapiX/8502596ef66813195cf8d2bec7393cd7
Would be nice to have a better browser. And the shortcut is probably porting QTWebEngine.

The saying about Blink (which powers QtWebEngine) is “the easiest way to build Blink is to get hired by Google and use their internal tools to do it”. I’ll let you all decide if this is a “shortcut” compared to working on WebKit which is a bit more open (with support from the GTK community, at least, and at some point the Haiku port had been upstreamed, when Google rejects patches for OpenBSD support in Blink) and has already about 10 years (on and off) of effort in for the Haiku port.

I use Safari almost exclusively at work because it is much, much, much better on energy usage than Chrome or Firefox on macOS. This means my Macbook Pro is much cooler and the battery life is better (though I keep it plugged in almost all the time.)

I rarely run into websites which don’t work in Safari. Those that do tend to be poorly coded web apps (ironically like the web app for my work where the developers frequently do Chrome-specific things.) Google Meet also doesn’t work very well which I suspect is more to do with Google than Apple, and I find it to be a horrible energy sucking disaster compared to better meeting tools like Zoom.

So I don’t think we need to worry about Blink and Chrome or Gecko and Firefox anytime soon, we just need to keep improving our WebKit port and WebPositive and if we can even come fairly close to having as good of a WebKit port as Safari (even without GPU acceleration) the experience will be much, much better. I’m too far behind on the state of our WebKit port to know how much work is needed but at some point I’ll try to help, though I’ve been saying that for some time.

Browsers are insanely huge beasts which at this point are more code than all of Haiku, so all these requests to just port Chrome just have no concept of how much work that is, unless 100s of Google engineers are paid to do it.