A guide for translators - how do other languages solve it?

We have opened a specific Esperanto Haiku user group in Telegram here: https://t.me/haiku_os_eo. Mostly we are busy with translating the Haiku UI into Esperanto.

However, we ran into a problem where we have to create a guide for translators; a table that lists most common terms and their appropriate translation. Some terms can have more than one valid translation; others can be translated in several ways; and there are terms that simply don’t exist, so we have to create our owns.

This page has to be located in a some well-known place, preferably at the Haiku web site itself or in the Pootle, because every new translator has to get acquainted to it before starting their translation attempts.

How do other languages cope with this problem?

There is a terminology .catkeys file just for that. For instance:
https://i18n.haiku-os.org/pootle//tr/haiku/

For introductory text, you can use the right drawer, like Serbian:
https://i18n.haiku-os.org/pootle//sr_Latn/haiku/

I don’t know how to add text to that area though.

I think that you need to have Esperanto added here https://dev.haiku-os.org/wiki/i18n . Then like on each language page, there will be a link for a terminology page.
What you will decide to put in boxes, I think that are open questions for your Telegram group. Once you agreed on something, just put it there and ask people to refer to that page when they are translating.

To help you in decisions, you can also see what other systems/environments are doing.
For example, Esperanto translation of GNOME project happens here https://l10n.gnome.org/teams/eo/
I guess that you could contact team leader and ask for some advices.

There is a terminology .catkeys file just for that. For instance:
https://i18n.haiku-os.org/pootle//tr/haiku/

Hey, I didn’t know that! I guess every day’s a school day…

How did you create that pootle-terminology.catkeys file. I just tried to upload in ‘catkeys’ format, but Pootle chides me:

Unsupported filetype ‘pootle-terminology.catkeys’, only PO files are supported at this time

@hitech, there are already Esperanto wiki pages at Trac.

I really have no idea. When I showed up for the translations, it was already there. Probably in the past .catkeys format was also supported, but nowadays they probably deprecated it and push .po format only.

A quick web search gives me this: http://docs.translatehouse.org/projects/pootle/en/stable-2.8.x/features/terminology.html

Oh well, I won’t jump through the hoop of somehow converting my catkey file to po…

Tip: To get some inspiration what terms other translation teams deemed worth defining, check their Terminology wiki pages.

It’s a bit unconvenient for this usage that the Terminology pages are in each local language.

In the case of the French translation:

In one of the famous russian translations of BeOS 5 user guide, Deskbar was translated as “Crowbar” (“лом”, — because they both are bars, and Deskbar in BeOS is just as handy as is a crowbar in a street fight), and Tracker — “Pathfinder” or “Ranger” (“следопыт”, — roughly “one that knows how to read animals’ tracks”). 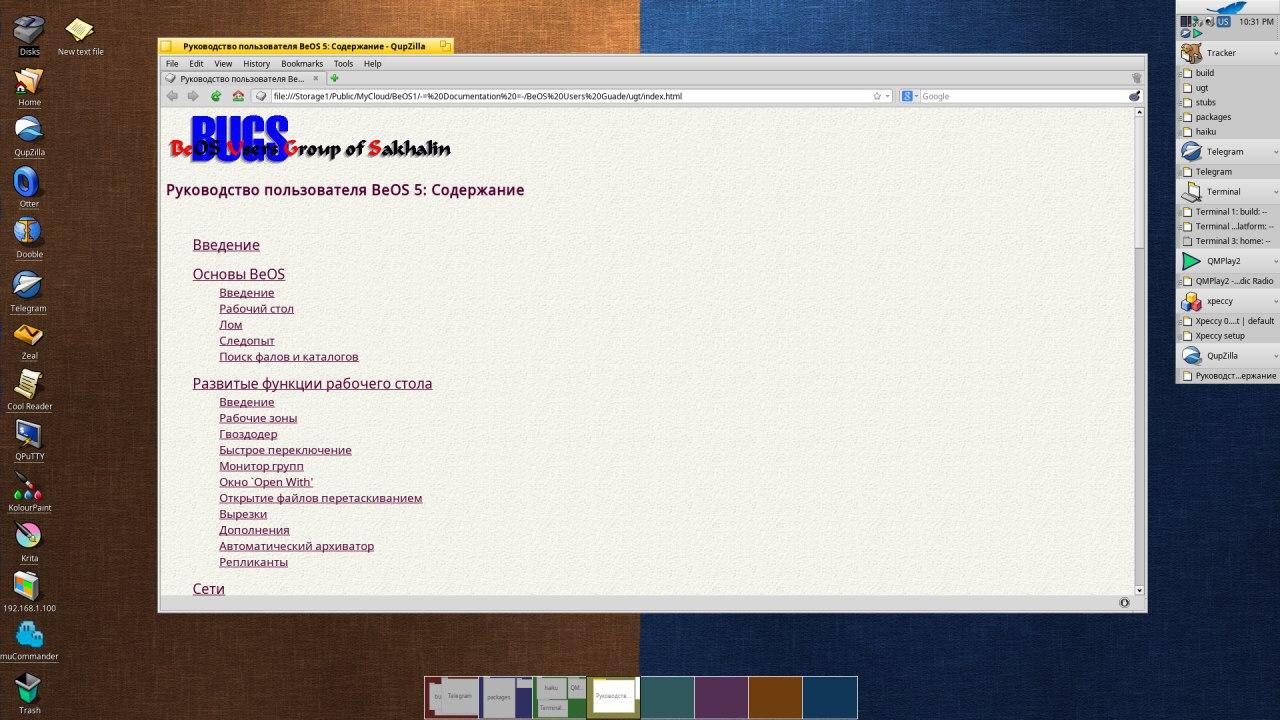