29 years with apple are enough, right?

The end of macOS in my office is near. After investing days and nights in my old macbook, just to reset it with a fresh system, the 12th question for the confirmation code for logging into the app store in order to be able to update the system itself, led to my personal explosion.

I still have no idea how i can solve all my work topics with Haiku, but the direction is clear for now. Windows has never been an alternative and – at least for me – Linux is none either. Maybe i still have to learn programming in my old days and tinker with the missing applications myself.
Thanks for listening, I’m feeling better now too 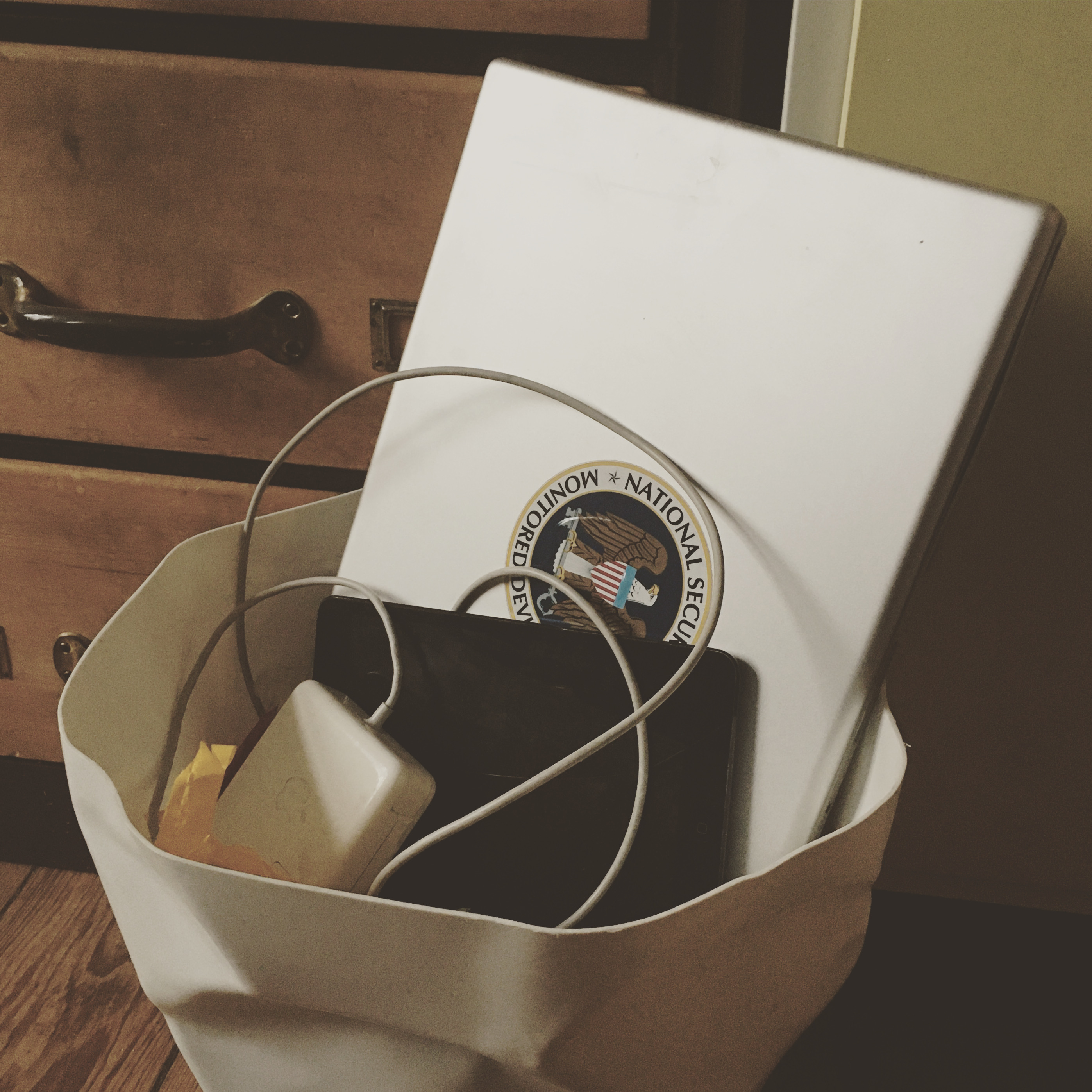 If the HW is still OK consider to donate it to a charity group. A kid can still use it to make homework or something like that.
Hope it doesn’t have any boot-password or other locks active.

It does’nt stays in that dust bin, of course

So, my wife or a neighbor has to reset this misery.
By the way, this was my plan initially, to wipe the drive and install something new.
And of course i’ve tried to install Haiku or elementary, but the »bios« of this model is terrible.

but the »bios« of this model is terrible.

The “BIOS” of this machine is called UEFI (I assume it is an intel macbook) and there is a guide for using Haiku with it:

I´ve never tried Haiku on my Macbook because I need OSX on it, but there are people in the community that do use Haiku on Macs. I´m sure you will get some help if you have a specific problem.

I thank you and i know. That’s why i put bios in quotation marks. I have already struggled a few times on different Macs and Haiku, but the effort is simply not economical (for me), especially since you struggle with incompatibilities even if the installation itself is successful.

I believe Haiku is a good option for former macOS users now that Apple has moved to ARM and is locking down the OS more and more. I know a lot of developers who use macOS that are beginning to get dissatisfied, including myself.

With that said, I still think Haiku needs some big important pieces added for developers to be able to move over (like at least Docker support with hardware virtualization, some decent editors, top notch terminal, native support for the major languages, and more) plus of course the things we need for everyone, like a good web browser and eventually GPU accelerated graphics.

I don’t think any of this is insurmountable and Haiku could become a real option. The other piece being some efforts to make a few specific hardware devices fully supported, which may just be a matter of developers trying to get things working for their own devices.

Stoltenberg, it was right at about 29 or 30 years ago that I said “goodbye” to Apple, myself. At that time the president of our user’s group, which had delvelopers workng on both Mac and Apple-II applications and networking paradigms, flew from Bitburg, Ge to California to get some good, reliable infomation from the company, itself. and was told that the Apple-II line would be continued (so we should continue developing software for it). The fact was that they had already decided to discontinue the line. The architecture of those machines was ideal for control applications when sensor systems (especially optics!) were really coming into their own. While the discontinuing of the Apple-II family disapointed me, what prompted me to leave Apple behind was their apparent dishonesty with their own licensed developers.

The other piece being some efforts to make a few specific hardware devices fully supported, which may just be a matter of developers trying to get things working for their own devices.

My devices are all already working perfectly fine. They are also a few years old and maybe not that easy to buy, which is why I don’t put a recommendation for them. If you’re interested, my laptop is a Thinkpad x220, and I could dig up the reference for my desktop machine motherboard, which is nothing fancy, some haswell motherboard with a CPU that seemed reasonalby priced at the time (it’s from 2014 or so).

There is a large list of hardware here if you want to get a new Haiku machine: https://github.com/apgreimann/haiku-computer-list/tree/master/plaintext

To be able to use Haiku for my current job having Docker would be very nice and I think could be done better and more efficiently than on macOS, where Docker is super bloated. But it probably is not a deal breaker, though my current job is all Go and AFAIK Haiku doesn’t currently have a up-to-date Go port. Of course that is also probably not terribly hard, just a matter of someone putting in the time. I don’t love Go or know the internals that well so I don’t know if I want to do that porting work, but we shall see.

For me to use Haiku to work on Haiku itself, or native apps, I think things are fine and I just need to get it installed on a partition on my Ryzen desktop, and at some point I’ll try to figure out a good laptop option as well.

I have just been lazy and disorganized about setting up a good Haiku bare metal install and it is more about me than Haiku.

As a Mac geek, it gives me the sad

feels to see it trashed like that… Haiku does run on Intel MBPs – only things missing are sound and WiFi atm, but that could change as Haiku gets better and better

And of course i’ve tried to install Haiku or elementary, but the »bios« of this model is terrible.

^ also, this is why you’re having trouble putting Haiku on here; Macs use their own firmware and I’ve outlined a way to get Haiku on them. Another way that’s easier than mine is to use rEFInd to make a startup disk.

my laptop is a Thinkpad x220

Mine too…did you get everything to work?

Funny how different various peoples’ experiences are. I’ve become a real Mac fan, and have had great experiences with them. I was never so relieved as when I moved over to Macs around 2008, after an absolutely miserable 15 year run on Windows machines.

Most user switch from Windows to Apple if they have serious work to do and if they have the money to buy a Mac. I worked at school with Mac and Windows, and both of them crashed a lot that time (2003 to 2005).

My experience with Apple is the worst. 90% of the products failed (and some several times). Really big quality issues. After sales is the worst (tested worldwide), they just want to steal your money. My best experience was with Dell (fast and smooth).
The complexity of modern electronics does not help.
Anyway what I value the most is freedom. I remember my Amiga 500 came with the schematics in the manual, that was great for maintenance.
Miss the good old times.

I hated Apple, since the days of the Apple ][. After my wife died, I used a company to invest the life insurance money. One of the things they did was buy Apple stock, so I figured I should probably have at least one Apple product if I was going to own stock.

I ended up getting a 2012 MacBook Pro Retina. After spending the first few days complaining to my Apple-loving workmate about various things, I realized that I really did like it. So I got a 2012 Mac Mini to run a VPN server which, slowly, became my secondary system.

Somewhere in there, my second Android phone decided to have a full blown meltdown so I ended up getting an iPhone (“I want a new phone. If absolutely must not be an Android phone. If it means walking out of here with a used Motorola Razer, then so be it”).

So… I’ve gone from being an all-in hater to actually preferring the Apples. Of course, that means being called a “sheep” and a “cultist” by people, which I think is stupid now. They just work for me.

Oh, my 2012 MBPr still works fine, although it could use a new battery. The 2012 Mini I retired in favor of getting the new M1 Mini, although I may re-purpose for the poor little guy in the future. There wasn’t anything especially wrong with it. I think eight years is a pretty good life span for trouble free use.

To be fair, I should say that I would not have stayed with Windows or even Linux for 29 years. Furthermore, my MacBook has been in continuous operation since 2008 which is also great.

But my personal frustration that recently erupted comes from other corners: Apple’s product policy, the increasing monoculture of Apple and Adobe (in my industry), the Appstore, the subscription models, the interface and adapter roulette, questionable updates that add little value but many expensive updates and hardware purchases and so on. I defended Apple for a long time, but it’s true, it has become a hipster OS.

I would be happy if I could work again with a system that is not only the lesser evil, but represents a »simple« and refreshing concept. After the things have calmed down, the MacBook moved out of the trash can and is given a special Haiku-cure on occasion.

P.S.: I am the proud owner of a Thinkpad X200s since yesterday.

But my personal frustration that recently erupted comes from other corners: Apple’s product policy, the increasing monoculture of Apple and Adobe (in my industry), the Appstore, the subscription models, the interface and adapter roulette, questionable updates that add little value but many expensive updates and hardware purchases and so on. I defended Apple for a long time, but it’s true, it has become a hipster OS.

I don’t actually know what you mean by any of this.

I don’t actually know what you mean by any of this.

That could be because I’m not a native speaker or because these points bother you less than me,
which would be completely okay.

because these points bother you less than me

It’s probably that because the English was fine.

I think it’s past time for alt tech to finally become a viable alternative to big tech. I am in the same boat where I am rethinking my choice of computing solutions. Too bad BeOS was not able to withstand the 800 pound gorilla that was Microsoft.

He Who Controls the Bootloader