No. Haiku alternative to X.Org server is app_server. Alternative to xlib is libbe.so (app_server protocol client, set of common GUI controls and more).

Is it use X11 protocol directly or based on Motif toolkit? If not, it may be ported to Haiku directly without using X11. 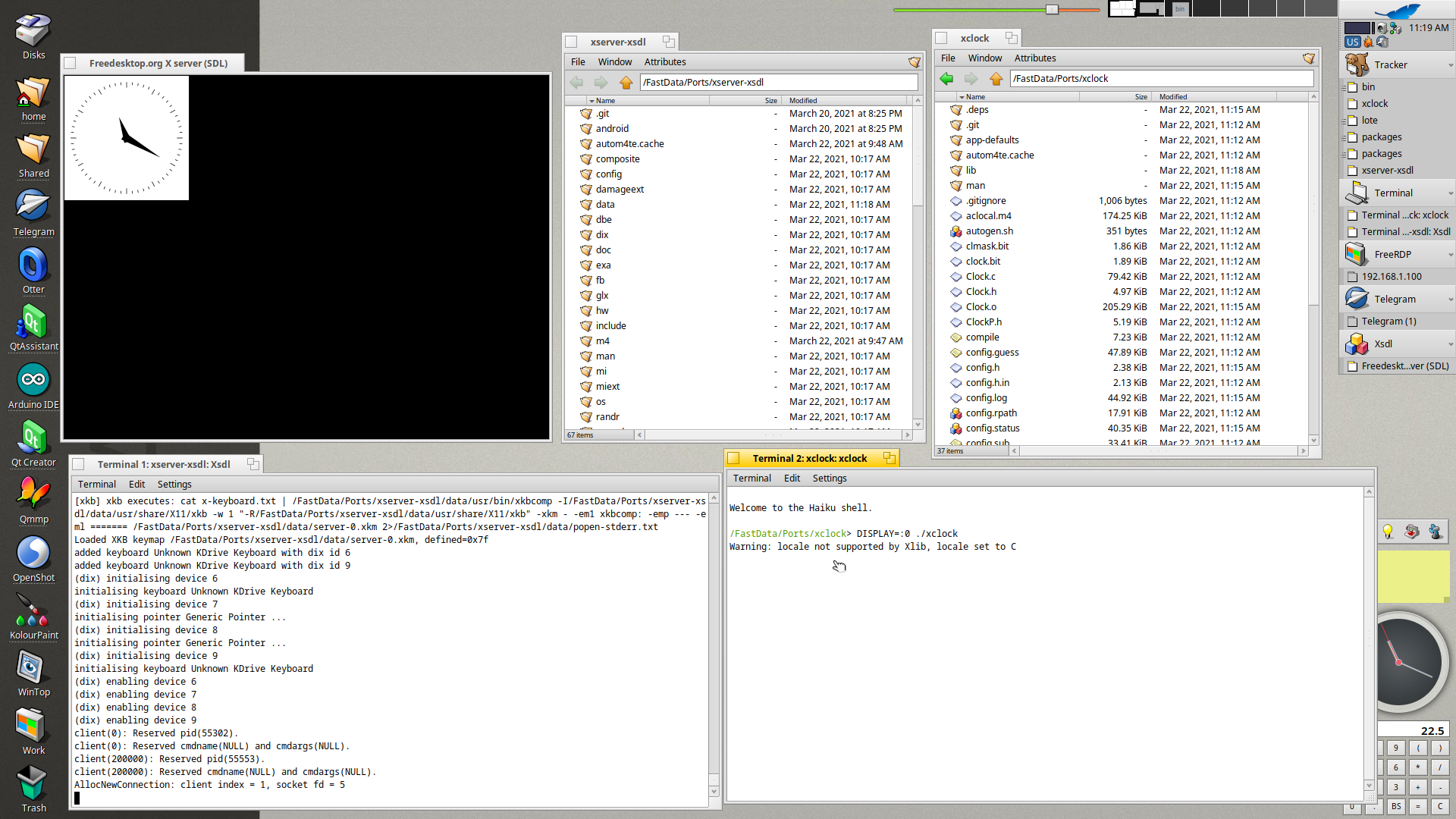 What changes was made? What command was used for starting server?

I managed to compile Xsdl, but it open and immediately close window because it failed to create colormap. Then it show error “no screens found”. 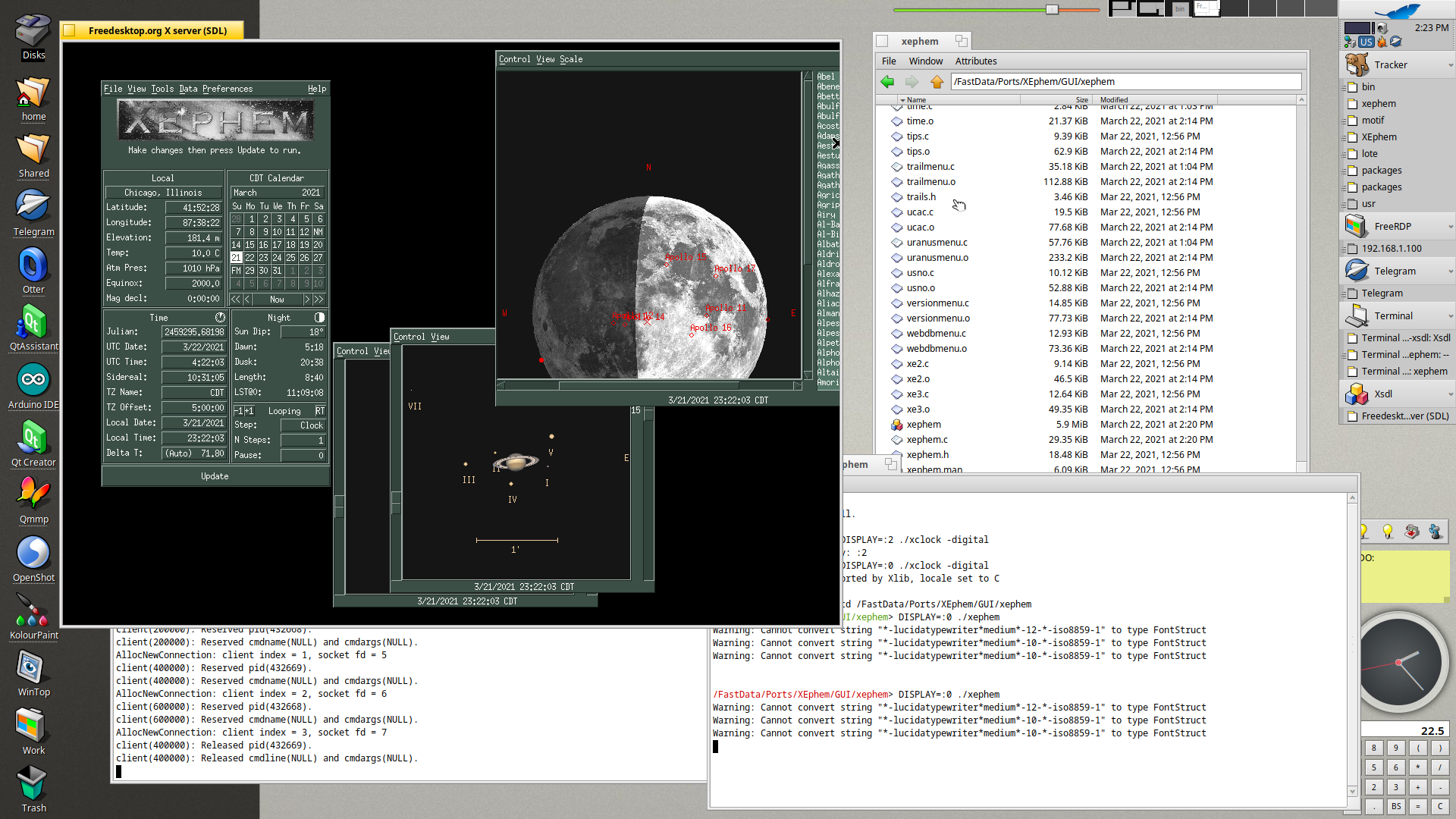 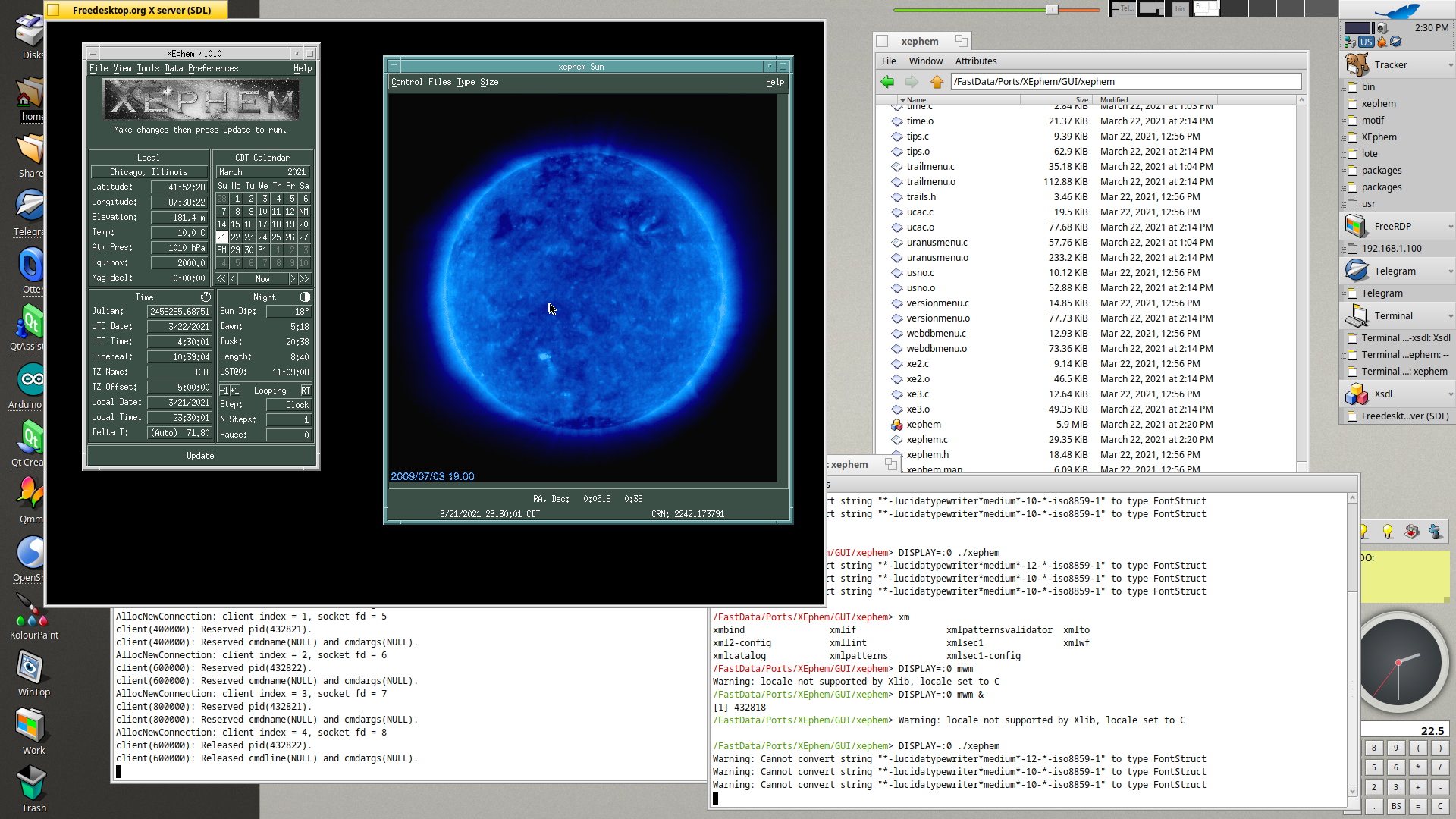 What if each X11 window would render inside a Haiku window? X11 soft would look like Haiku soft… Would it need an X11 server instance for each window then?.. Just thinking aloud…

By the way, is that Motif?

What if each X11 window would render inside a Haiku window? X11 soft would look like Haiku soft…

It is called rootless X11 server and it requires more complex interaction with OS GUI subsystem. It will require to write a lot of Haiku-specific code at X.Org side.

Thanks for the clarification. I presume it’s not worth it then

Great stuff man! Is it in ports now?

I think it would help to get people running Haiku like they want. So if they want a X11 app, they can just have it. So yes. For a rare reason it could be also interesting for me too.

I think it might be for connecting to remote X11 servers, but for the case of porting apps to run on it i doubt it.

If we can give the users the possability to run gimp on haiku, we should have them on haiku.

Can yon explain, in short words, how to get x11, how to install and set up, and how to get and insall gimp on it. Would be fine to have a tutorial on besly.

I think it should not available trough HaikuPorts.
X11 is a huge mess, it is an old version probably with serious security problems, and it would only motivate the users to run gimp and other low quality ports of alien programs.
If you need an X server you could use a java based one. This was always possible.

So probably nobody needs it, but many wants it, it is something real unixy, it allows to run alien programs, can’t integrate in the system: we should ban it.

gimp is gtk, so running it would require a whole set of “shadow” libs and framework (and gtk is a really disgusting ugly thing), but they would work only trough x11. Their existence would make problems at porting things, configure would always pick up x11. So we should definetely stop this before it begins.

I agree. The only sensible point to use it is a remote connection.
Therefore, I will publish X11 to my personal repository. If someone really needs it, they can download it from there.

I would use http://www.jcraft.com/weirdx/ instead.
I was able to get firefox show up with it on Haiku channeled trugh ssh-x.
It should be enough for OP and for everybody arguing pro x11. You guys just never made your homework, but demanding pointless ports with nonsense reasons.

I’m not sure if having an X-server would be appropriate in haikuports.

I voting for adding X-server to HaikuPorts. It is user freedom do decide use software or not. More software available for installation is better. I am against purity concept that some unwanted software exist, it is user choice.

It is not installed by default, there are no harm caused by it.

One of use-cases is initial Wine porting before native native Haiku driver will be written. It will help to debug Wine and ensure that it is working properly.

I would use http://www.jcraft.com/weirdx/ instead.

It is written in Java and it is probably slower than X.Org. Also it likely have compatibility problems.