Hello, on my laptop aspire A315-41-R1UX wifi no working, but in hardware list i can see my wifi card 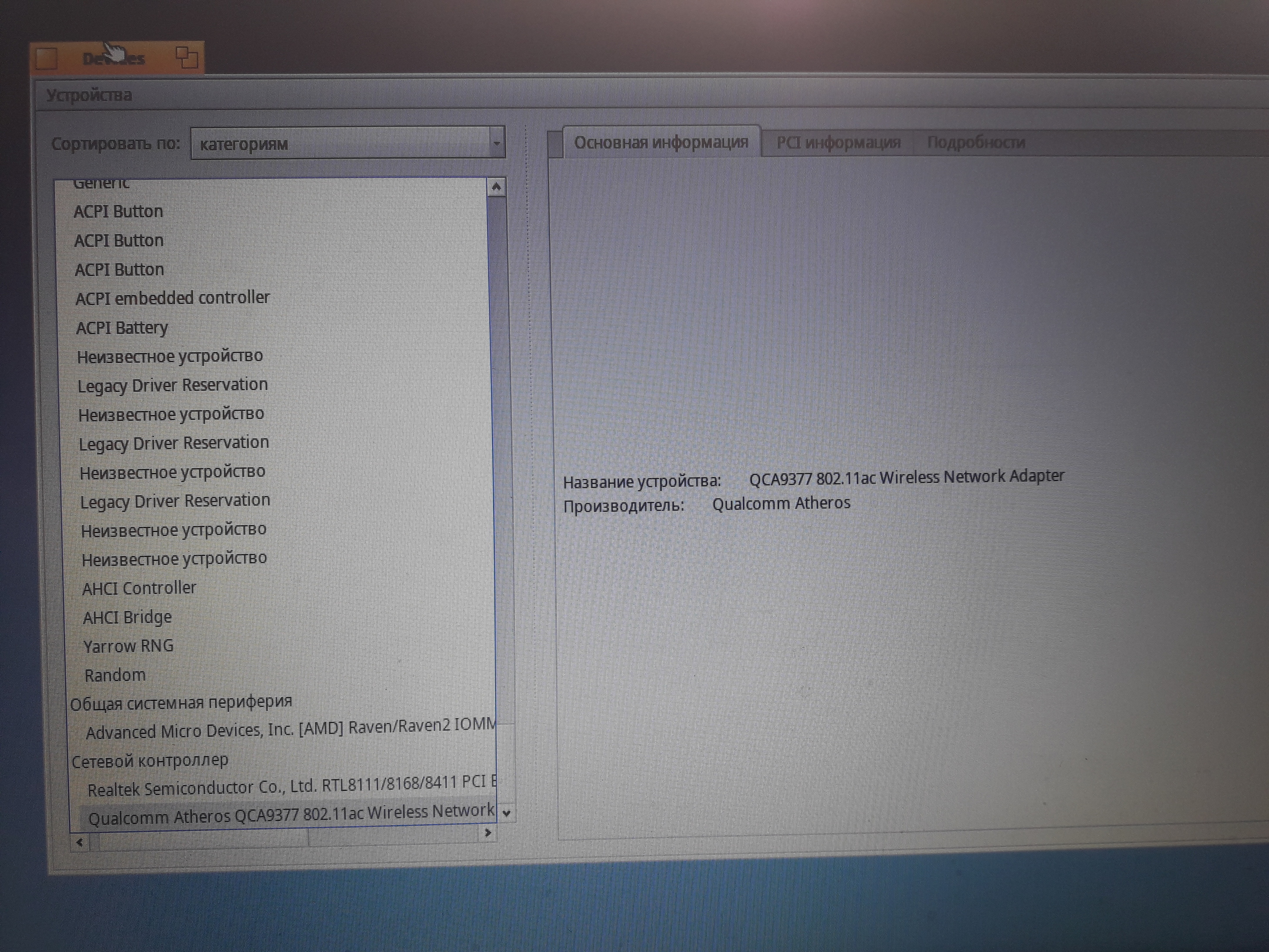 The hardware list just shows all devices in the machine, not whether Haiku knows how to talk to them or not.

Unfortunately the “QCA” line of WiFi chips from Qualcomm isn’t yet supported by FreeBSD, so we don’t yet support it either. They have a work-in-progress driver out-of-tree, but it is buggy and incomplete.

Thank you, I understand. Do you take drivers from FreeBSD only, why not from Linux?

Because FreeBSD’s drivers are generally sane, well written, and FreeBSD kernel APIs (outside of the 802.11 stack logic, but we borrow this wholesale from FreeBSD so it does not really matter) change very rarely. Linux changes their APIs much more rapidly, the drivers are often poorly written and extremely difficult to debug, and overall of much lower quality.

FreeBSD WiFi efforts are not funded as well as Linux’s, though, so they lag behind considerably. But it looks like they intend to hire another developer to work on this full-time in the near future, so that may improve things.