I agree about that! I could even see an across-the-board benefit to directing both sides of this toward the middle. Find the most stable, solid hardware combo possible for Haiku, and then also develop Haiku with an eye toward resolving any remaining difficulties in running on that hardware. At least, then, there will be one “non virtual” hardware platform Haiku will be known good to run excellently on.

Well, there are various reasons the Haiku project doesn’t go this way.

Currently, when I get a new computer, there is a good chance that it will mostly work. I may need to tweak a driver or two but usually I can get it running, because our hardware support is already quite broad (and possibly also because I rarely get brand new machines with cutting edge tech). If the focus was on a single machine, getting anything else to work would be more of a challenge, and would probably discourage people to go there. Developers would instead focus, at best, on using a virtual machine on their own hardware, and at worst, just stop contributing to an OS they have no hope of running on their own hardware.

To find hardware for TuneTracker will not damage Haiku way of developement.

For TuneTracker it is not true, there is a very good reason they need a solid Computer base.
You could have helped them by just recommend them the needed hardware. Instead of telling them what Haiku developers prefer for their own use and like.

They have lot of trust and hope in Haiku, which means they trust you as a developer to get Haiku working. Also they have hope they will have success in selling their products as well. If they have success, they will be able to spent more manpower and money into Haiku development. So please help them by just finding out what hardware might have the best future for their business. Might be easier for you than for a non developer, as you said:

when I get a new computer, there is a good chance that it will mostly work. I may need to tweak a driver or two but usually I can get it running

Well, there are various reasons the Haiku project doesn’t go this way.

The Haiku project ok, but you could get in contact with Dane and find another way (by giving advice) for him and his TuneTraker Enterprise.

No need to lash out at Haiku devs. It’s not their job to become hardware specialists for one particular use case, or to narrow down (instead of broaden) the user base. The one thing identified a couple years ago was smoother handling of dev tickets, and that need has been addressed successfully. Hardware is something to be addressed separately. As to the pickle we’re in, I’m looking at several leads to address the problem in software, if finding a hardware sweet spot turns out to be unrealistic, though with the manpower we have it will take months.

You could have helped them by just recommend them the needed hardware.

All my hardware is too old to be any useful recommendation, they wouldn’t be able to buy any of it. Also most of it is laptops, which they said is not appropriate for them. This adds nothing to the discussion so I didn’t say it.

For hardware I didn’t try, my guess is as good as anyone else’s on wether it will work. And there is another topic on this forum with an extensive list of machines and compatibility report for each of them.

What else should I do? Spend all my money buying more computers to fix bugs in them? I don’t think that’s a good way to spend my money. Also I think I’m doing a lot for Haiku already (in terms of both time and money spent) so I don’t see the point of having this fall on me again, especially in this case where anyone can do it. Grab a computer, try it, add it to the hardware compatibility list. Report bugs for things that don’t work. I’ll help do the part where we investigate and fix the bugreports. Which I can’t do if I spend my time assembling and testing computers instead of looking at the code and trying to understand why it doesn’t work.

Which I can’t do if I spend my time assembling and testing computers instead of looking at the code and trying to understand why it doesn’t work.

Ah, yes that is true.
Better to code than fiddling with hardware like I do sometimes, which is sometimes like wasting time and not very satisfying.
Maybe Dane could buy a computer like Waddlesplash is using? It is the newest and modest model as far a I can overlook?

Hi Dane, I have fond memories of BeOS Radio when you guys used to do that, is that still a thing? I just booted up my 20 year old R5 install and saw the link and icon for BeOS Radio… loved that.

Vanne! Thanks for remembering. Yep, it still exists in a modified form, but with very much the same purpose, to demonstrate the use of the operating system (now Haiku) as a means of doing radio automation. You can check it out here: http://autocast.caster.fm

Sean, I thought I had replied to this, but maybe I didn’t get it sent! Anyway, yes I’d love to work with you on this. I’m going to email you, but in case you don’t get it, you can hit me at tunetrackersystems@gmail.com . Thanks.

i changed my email

From the sounds of it you’d like to provide a system software bundle of Haiku+your software and be able to recommend hardware it would work well on.

Just my two cents, but the presented suggestion is really the wrong way to go about this. Why should anyone not already involved with your work repeatedly buy hardware and test if largely for your benefit? I guess you could compensate them, but since there’s no guarantee that any given hardware will work out of the box they’d either need to test hardware they already have and hope it works well and you will reward them or actually buy new hardware (or at least rel. recent secondhand) and hope it works.

Why not just go buy yourself some commodity hardware, give running it on Haiku a go and then file some bug reports if and when things stop working right?

I don’t know if there is any kind of survey as to what people on here, who are using Haiku, have it installed on. You know, other than the existing reports in the hardware compatibility list. If there was it might be a useful resource, but you could always ask what people are using and if anyone uses a system with an Intel Core i3/5/7/9 or AMD equivalent and which generation it is.

Well, it’s very clear from the first post that he is willing to pay for that service. Also, there are some cases where you have access to hardware (without need of buy it first) and can test it.

For example, think about the guys that works building and repairing computers: usually they had access to different hardware components, and trying it on Haiku is (depending the case) very plausible.

The Asus Prime 370 listed in the above link is the reason this topic was started in the first place : we can’t get it to work ; so we were thinking we’d get help from someone and reward them for their work. In my personal thinking this might also include outsourcing assembly and give a percentage on each assembled “station in a box”, though we have internal discussions/perspectives on that. Anyway we should let this topic die, I’m now focusing on the other side of the equation, the monolithic kernel (i.e. make it less “torvalds” and make it more “baron”, if you get my drift – and if you don’t then don’t ask < g >).

I’ll help with the tech aspects (what features we need: HDA, networking, RS-232 serial port etc, and the focus on stability: make sure the selected hardware profile relies on the more stable Haiku drivers, to avoid KDLs and the such).

Depending on performance requirements, one option is to go with a industrial supplier such a IEI. They can provide the same hardware for long periods of time. The downside is often less than than modern looks/computer cases, etc. Also, performance is often slightly less in favour of stability. This option is what I opted for when designing standardised PCs for use in production/factory environment in our company (big automative).They run for many many years without issues. 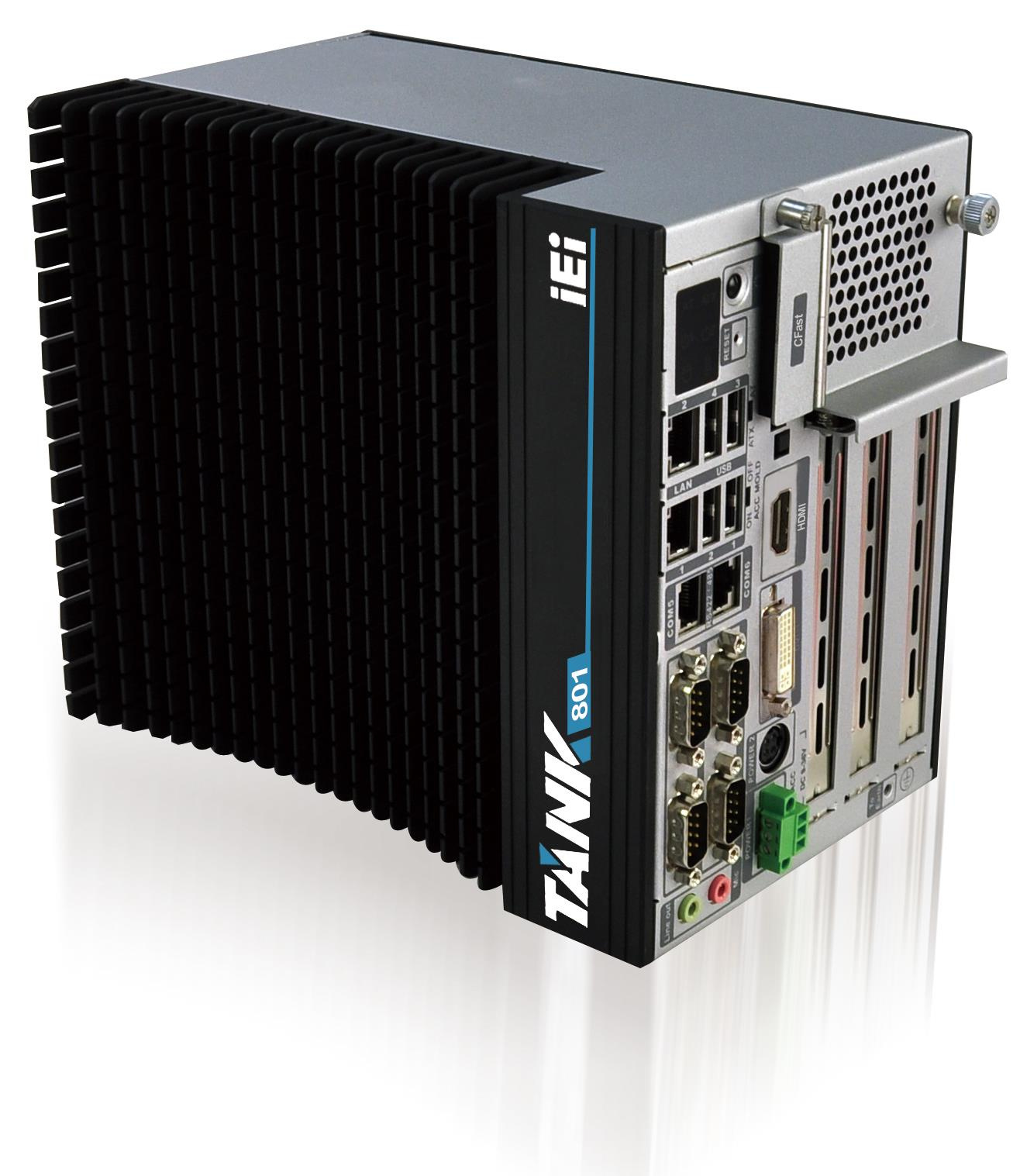 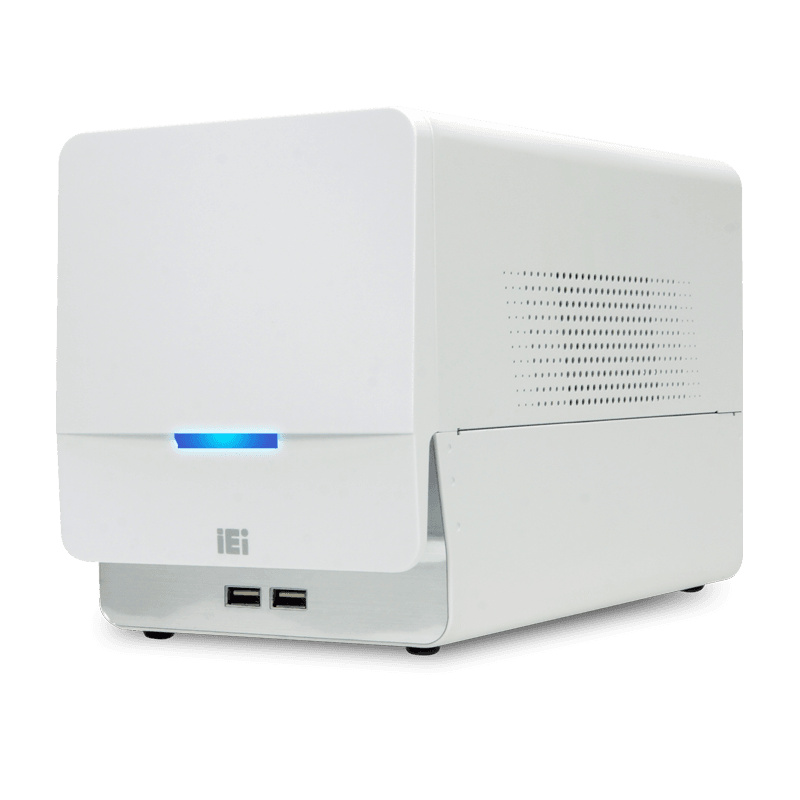 Well that helps! This one has not only an RS232 port, but also several HDA jacks so that we don’t have to sacrifice the “extra jack for preview audio” feature, and lots of models are “fanless”, which is a plus in audio environment : https://www.ieiworld.com/en/product/model.php?II=429

So now I’m on a quest, gotta dive in

The last I heard, it never gets past stage 1 (or 2?) boot loader, no chance to test HDA at all on that one. HDA works on old Asus F2A-series motherboards, but they are getting tough to source even second-hand on eBay or craig’s list style sites. Dane does not have the patience/energy/time to deal with that ; I’m more and more grumpy myself as time goes by so I sympathize with his decreasing patience and wanting that Stuff Just Works

Some of the industrial PC vendors seem eager to make contact with prospective buyers, and have reasonable pricing even on single-unit purchases ; if Haiku works on those that looks like a promising venue. Still digging.

What happens in the loader? Did you file any tickets about it?

Not sure. I vaguely remember following their progress online, I remember Dane and Alex working on it then deciding “eff it, we’ll do it live!”. Err sorry, I mean “eff it, we’ll hire someone!”.

I would ask them directly (e.g. Dane’s gmail.com account is “tunetrackersystems”) as I’m the wrong guy to ask =)