"PANIC: did not find any boot partitions!" error when running on real hardware

When booting from an USB stick it displays me this error message. Also for some reason my keyboard is not working so i can’t interact with the Kernel Debugging Land. I’m also using USB 2.0 32 GB flash drive. I tried it with my laptop, and it boots into installer and runs great. 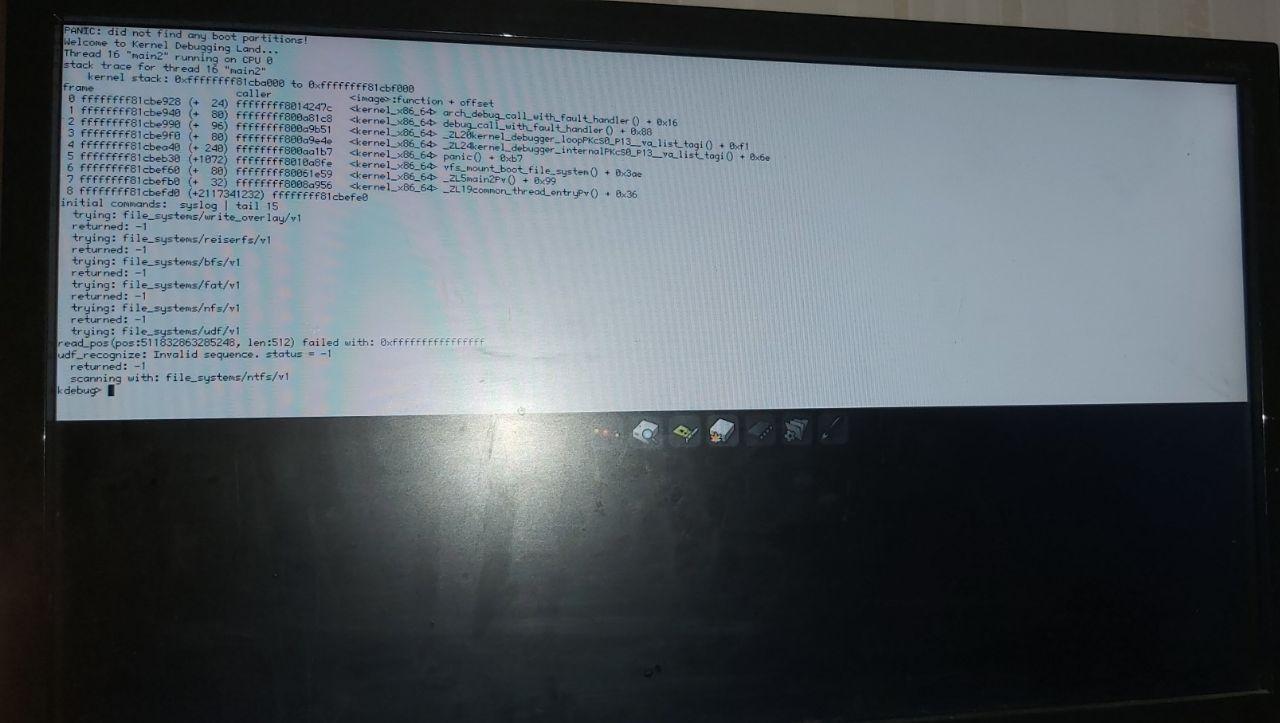 What are you running on? Can you describe the hardware setup you’re using?

What model of Asus motherboard? How much RAM?

From the keyboard not work symptom I think it’s something to do with UEFI. I used to try to install a version of Windows 7 that not patched to work properly on UEFI hardware (they did substitute the Windows 7 boot loader + installer with Windows 10’s to make it to boot and work and UEFI but they didn’t did it properly) and I have the same symptom of keyboard not working. It’s even don’t have any LEDs turned on. Even if I could install that Windows 7 version, it’s very buggy to the extent that I have to remove it and install Linux.

So I think it’s Haiku’s bug with UEFI hardware.

This error message sometimes pops up for me too, but that flash drive has a lot of partitioning, so I thought it’s my problem

For me the keyboard is backlit and the num lock LED is on, but i can’t interact with the Kernel Debugging Land.

Update: when i enable “Disable local APIC” option in the bootloader, it boots and works properly (except the sound since i have stupid AC97 thing).