The incorrect stride is very strange. Input not working is less strange, some applications are very finicky about how they deal with Xlib events, and I know that logic isn’t precisely correct just yet.

Some Wine applications with Xlibe: 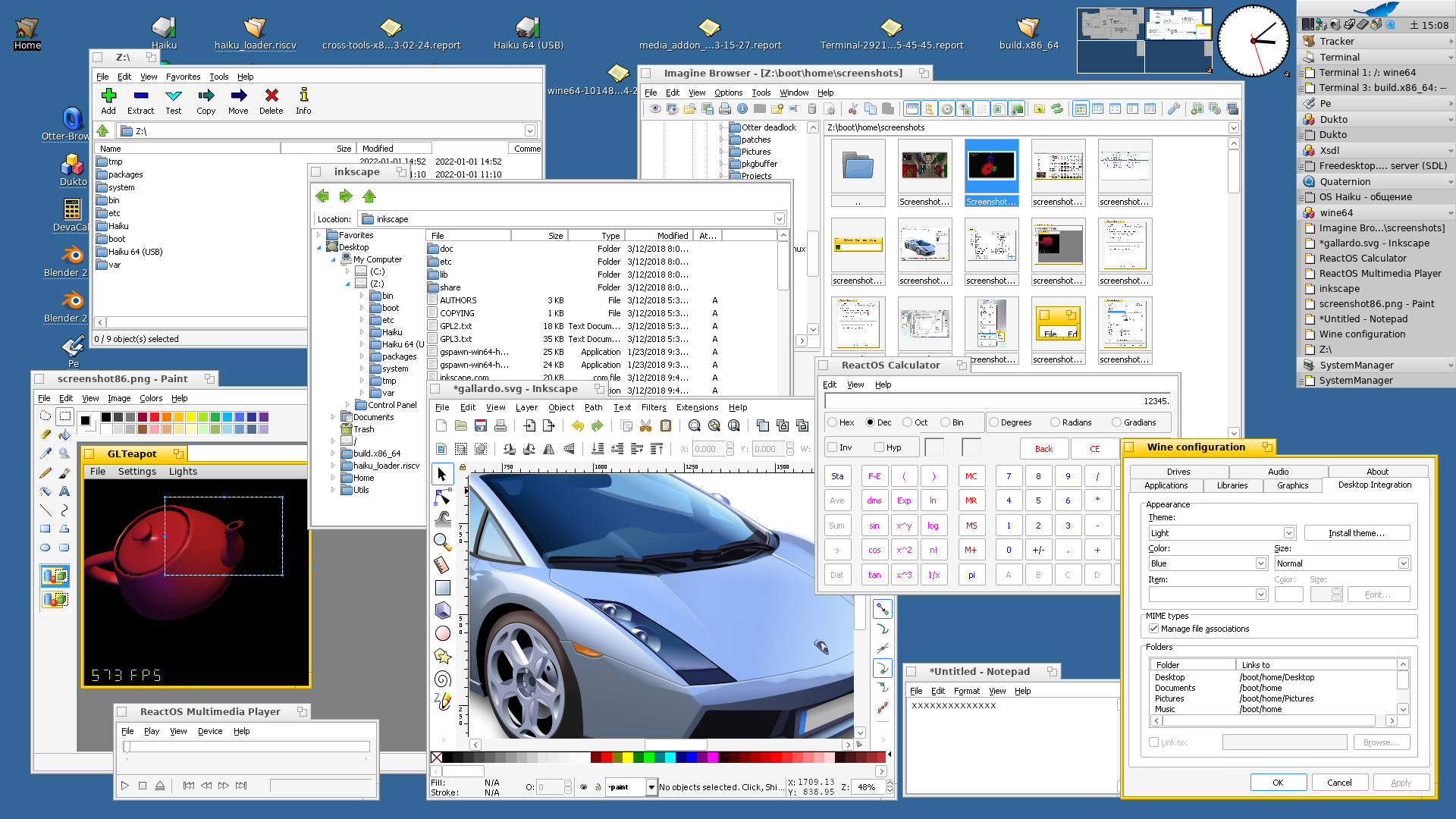 You can execute 32bit wine programs? or only x64?

I am a long, long, long time user of corel draw 5 and paintshop 5, sounds i can use them with haiku in the future. Thanks for you work @x512

Wow,that integrates much better into the UI than I expected it to.
No Windows 98 controllook anymore

I initially didn’t want to use any Windows applications,but maybe that will integrate better than GTK with their CSD nonsense.
How is the performance?
Is it significantly worse than ported Linux apps?

As I expected, Xlibe is proving itself very useful already.

Wow,that integrates much better into the UI than I expected it to.

That was also my impression, it actually looks suprisingly elegant, the design may even inspire next gen Windows 12. Scary …

64 bit only currently. Maybe it will be possible to run 32 bit applications with WoW.

If I’m not mistaken, macOS dropped support for 32-bit applications long before jumping to ARM. Perhaps looking into how Wine handled this issue on macOS (x64) might be helpful?

I believe that the solution to that would be Hangover: https://github.com/AndreRH/hangover

Edit: Best wishes to everyone, I have a feeling that this will be a very satisfying year for us.

Hangover emulates a CPU and would be way overkill for this use-case (it might be a solution for Wine on Haiku RISC-V though). I didn’t know that the macOS x64 port of Wine used it.

The alternative would be to include an entire set of 32-bit libraries on 64-bit Haiku and make Haiku capable of utilizing that, which would not be preferable (I think).

I think Hangover is the best way way to go.

The alternative would be to include an entire set of 32-bit libraries on 64-bit Haiku and make Haiku capable of utilizing that, which would not be preferable (I think).

This is beeing worked on sometimes already, it would also be needed for beos compat on amd64.
Personally I don’t see much of a point to use a port that uses cpu emulation, one could just use qemu the (and wine without wine32 is pretty useless in practise)

What are the security implications of this by the way? Doesn’t it mean that Windows *ware could compromise user data?

In theory encrypting ramsonware can encrypt your home directory (it is mapped to user directory in Wine).

Isn’t it possible to have sandboxing in Wine?